Coronation Street star Rob Mallard has opened up over the heartbreaking dilemma ahead for Daniel Osbourne once he knows the truth about Sinead Tinker’s illness.

Next week’s episodes see Daniel’s world turned upside-down when he discovers that his pregnant wife has been diagnosed with cervical cancer.

The secret is revealed after Sinead’s health takes a turn for the worse, which leads to her being rushed to hospital after she passes out at work.

Daniel later learns that Sinead is facing a devastating choice between her unborn baby and her own health, as the doctors have advised her to consider terminating her pregnancy to undergo treatment. 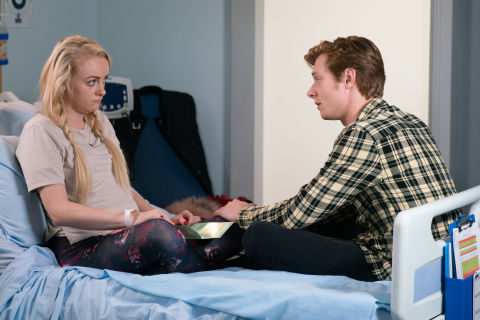 Discussing the tough storyline, Rob explained: “Daniel is trying to process it, and for the first time, the baby becomes a fetus not a baby to him. He de-personalises from it.

“Daniel says to Sinead that whilst she is trying to be this ‘mother hero’ that can throw her child to safety even if it costs her her life, Daniel has been on the other side, knowing what it is like to grow up without a mum. So he feels that she is not being brave – she is doing something that could eventually be very cruel.

“There is a whole other layer for Daniel in all of this. He thinks it is cruel to bring a child into the word if you are not going to be there to bring it up.” 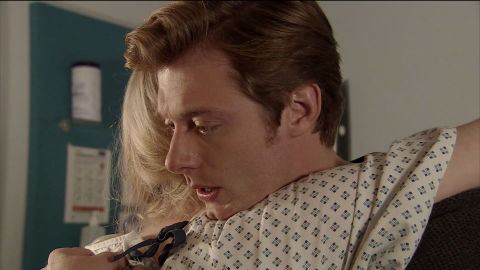 Rob continued: “Daniel takes Peter’s advice and he goes to be with his wife and help her. He is more concerned with her wellbeing than the baby’s.

“He also has a feeling of self preservation, which is not uncommon. As much as he is worried about Sinead, there is something in the back of his mind saying: ‘How will I cope?’ He needs her to survive so he doesn’t have to go through that.”

Sinead ultimately decides to start a mild course of chemotherapy next week, having been assured that it poses little risk to the baby.

However, after her first appointment, she secretly pulls out of the treatment and starts looking into natural remedies behind Daniel’s back. How long can she keep him in the dark for? 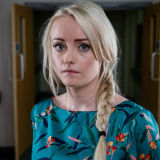 Digital Spy Soap Scoop video – hit play below for all the latest Coronation Street spoilers, as Daniel discovers the truth about Sinead, and Tracy’s shocking secret is revealed.