In upcoming scenes on Coronation Street, Steve McDonald (played by Simon Gregson) is left panicking when he coughs up thousands of pounds to pay for a roof repair. When Tracy (Kate Ford) learns how much money he has lost, she will be left furious. Could the tension lead to the iconic couple splitting up for good?

Amy Barlow (Elle Mulvaney) informs her father of a leaky ceiling at No. 1 and he instantly blames Jacob Hay’s (Jack James Ryan) mate.

Steve claims Jacob’s friend was a cowboy builder and did a botched job of roof repairs.

However, he’s soon eating his words when Ed Bailey (Trevor Michael Georges) collars Steve and tells him the roof at No.3 is also leaking.

Tracy tells Steve he needs to sort the problem out, and quickly. 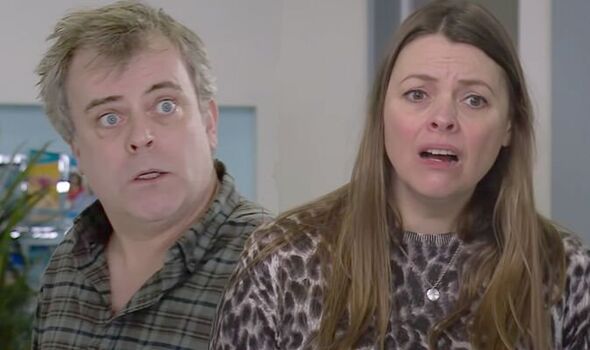 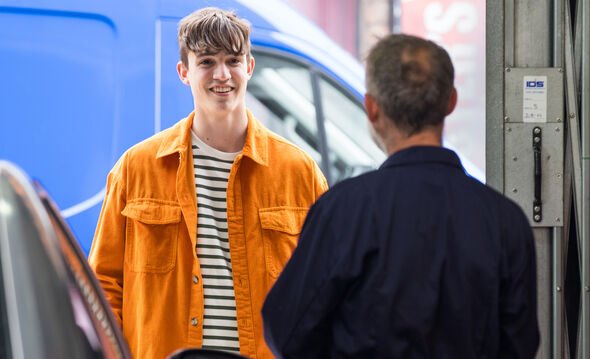 Rather than tackle the repair himself, Tracy instructs her husband to pay for a professional to fix the leak.

Luckily on his next taxi pick-up, Steve’s passenger Viv reveals her husband is a roofer and offers to send him to No.1.

Steve can’t believe his luck and is thrilled when Arnie turns up on the cobbles to give an estimate.

However, Arnie explains he can only start straight away if Steve pays £3,000 up front. 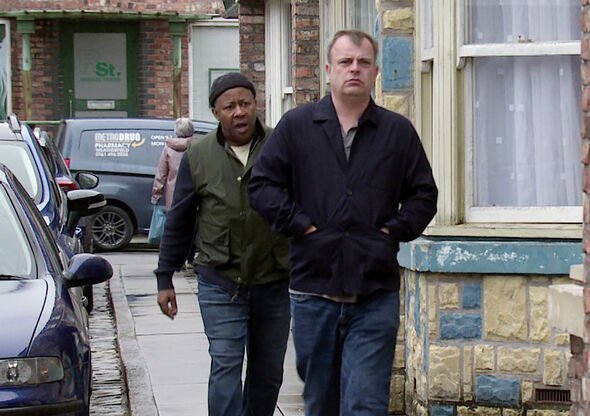 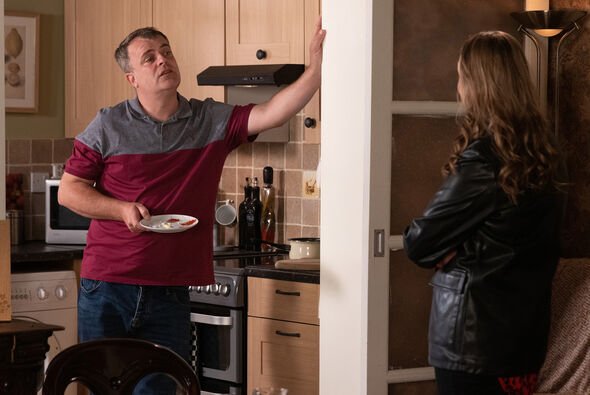 Wanting the job sorted as quickly as possible, Steve coughs up and hands it over to Arnie.

But Tracy is concerned by how much trust Steve is placing in the man he’s never met before.

When Arnie fails to turn up the next day to start the repair, Tracy is furious with her husband.

Things go from bad to worse when John the scaffolder then arrives at No.1.

He demands payment upfront too but Steve explains he’s already paid and scaffolding was included in the price.

John asserts this isn’t the case and it’s likely he will refuse to start the repair without payment.

Steve will no doubt be hesitant to hand over more cash but wanting to keep Tracy happy, he could pay up.

Unfortunately, he would have been right to be concerned as John too could disappear.

After coughing up thousands of pounds for the roof repair, only to be still left with a leak, Steve could be left with very little money.

Tracy will be furious with her husband for failing to fix the roof and losing them money in a building scam.

If Steve is left penniless, will Tracy turn her back on him and decide it’s time to call time on their relationship?

This could just be the start of Steve’s woes and the former Rovers Return owner could end up on a downward spiral.