The 39-year-old TV star has been playing the character of Leanne since 2007 and has seen her fair share of drama over the years. 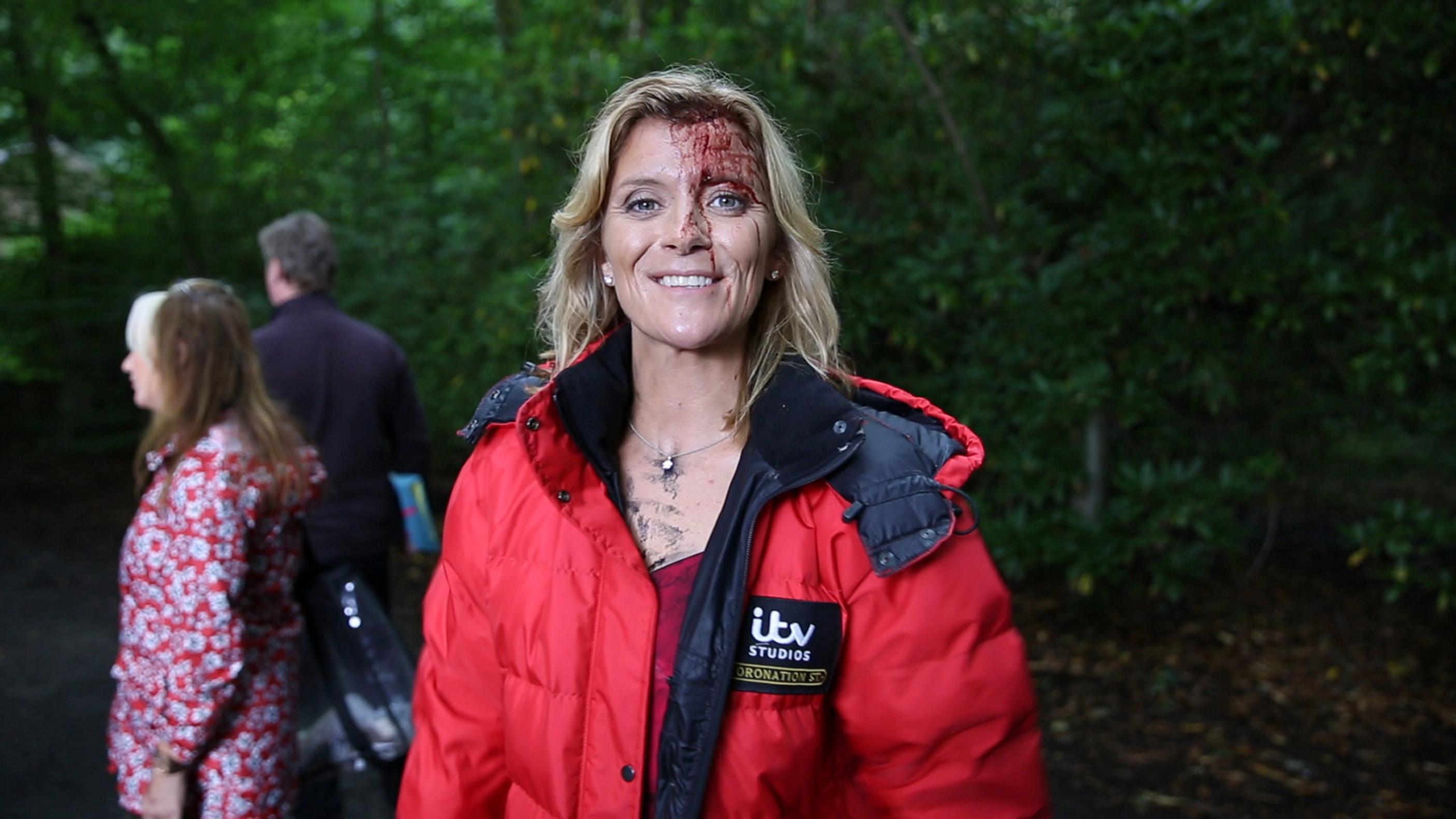 But Friday night’s episode of Corrie saw Leanne almost killed off – after she was mowed down by vengeful Ronan Truman (played by Alan McKenna).

Leanne was left in a pool of blood following the dramatic scenes – with fans fearing she would die.

But Jane looked positively thrilled to be caked in fake blood for the scenes.

“It’s been quite exciting, actually,” the actress declared as she discussed filming the scenes with Kym Marsh. 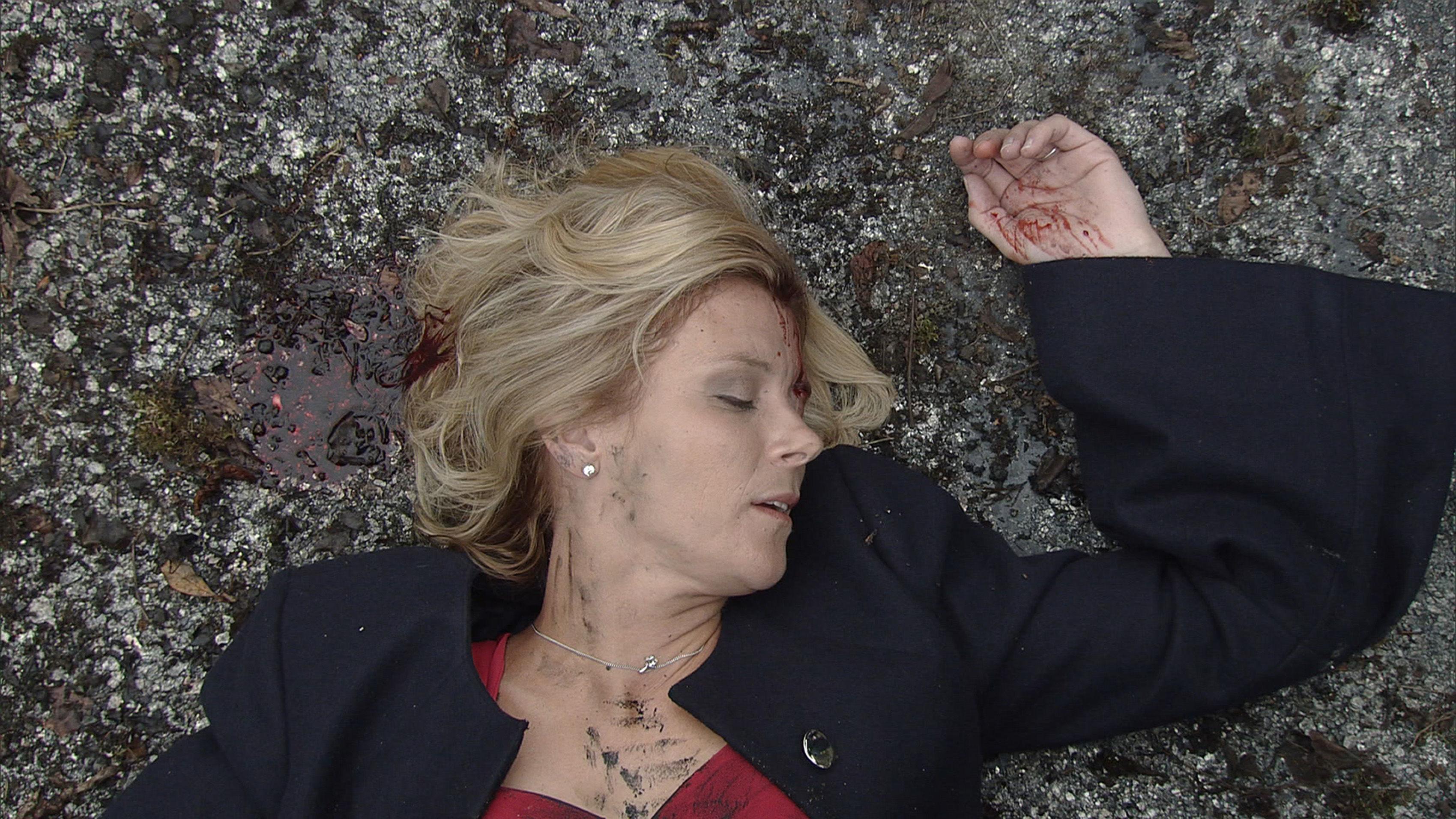 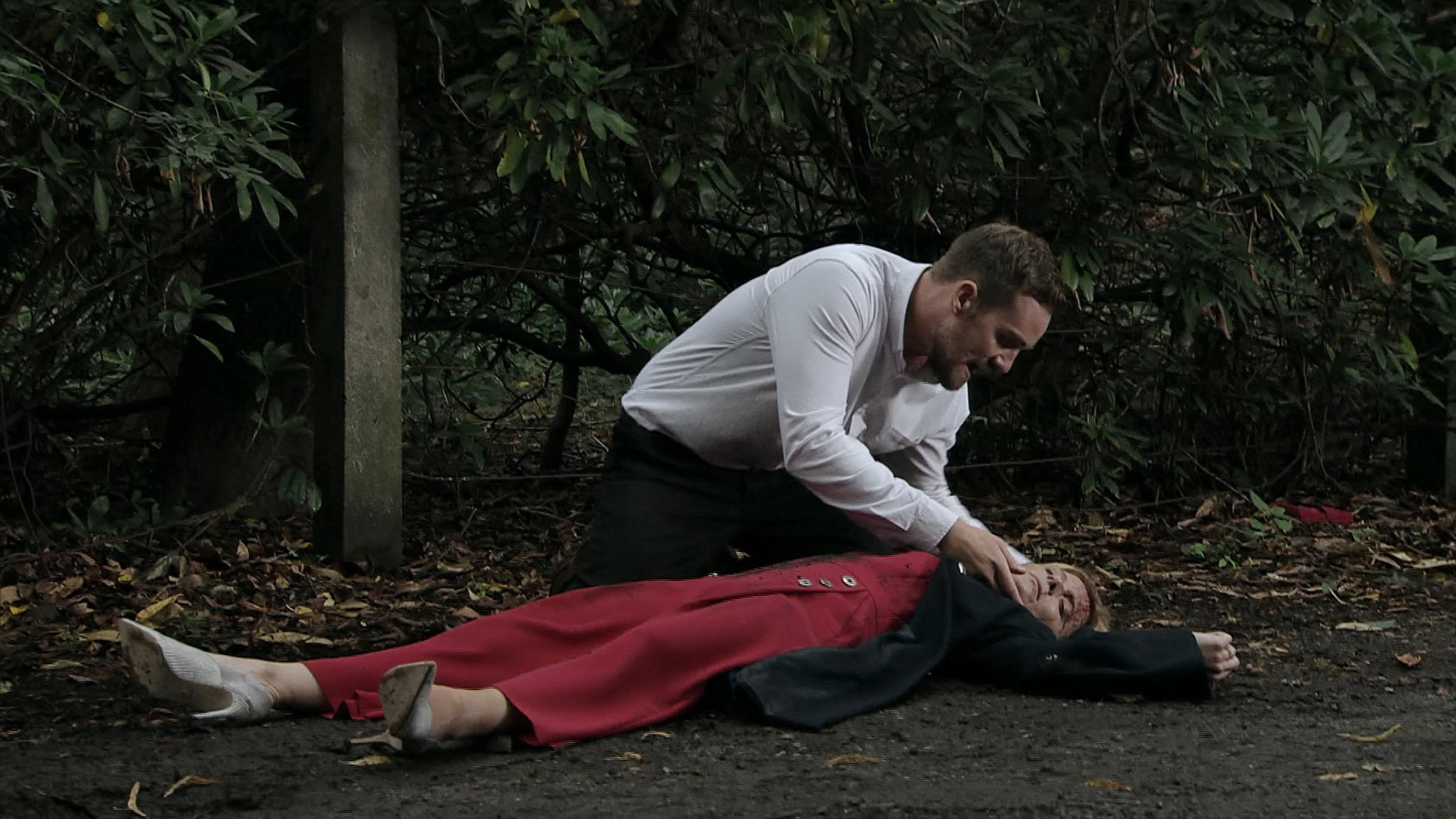 “All the stunt guys have been really helpful… It’s not like you’re every day kind of stuff,” she said – recounting the moment she filmed being hit by a car.

“It’s quite good fun,” she added with a giggle.

Later, Jane revealed the fake blood was a highlight of her day. 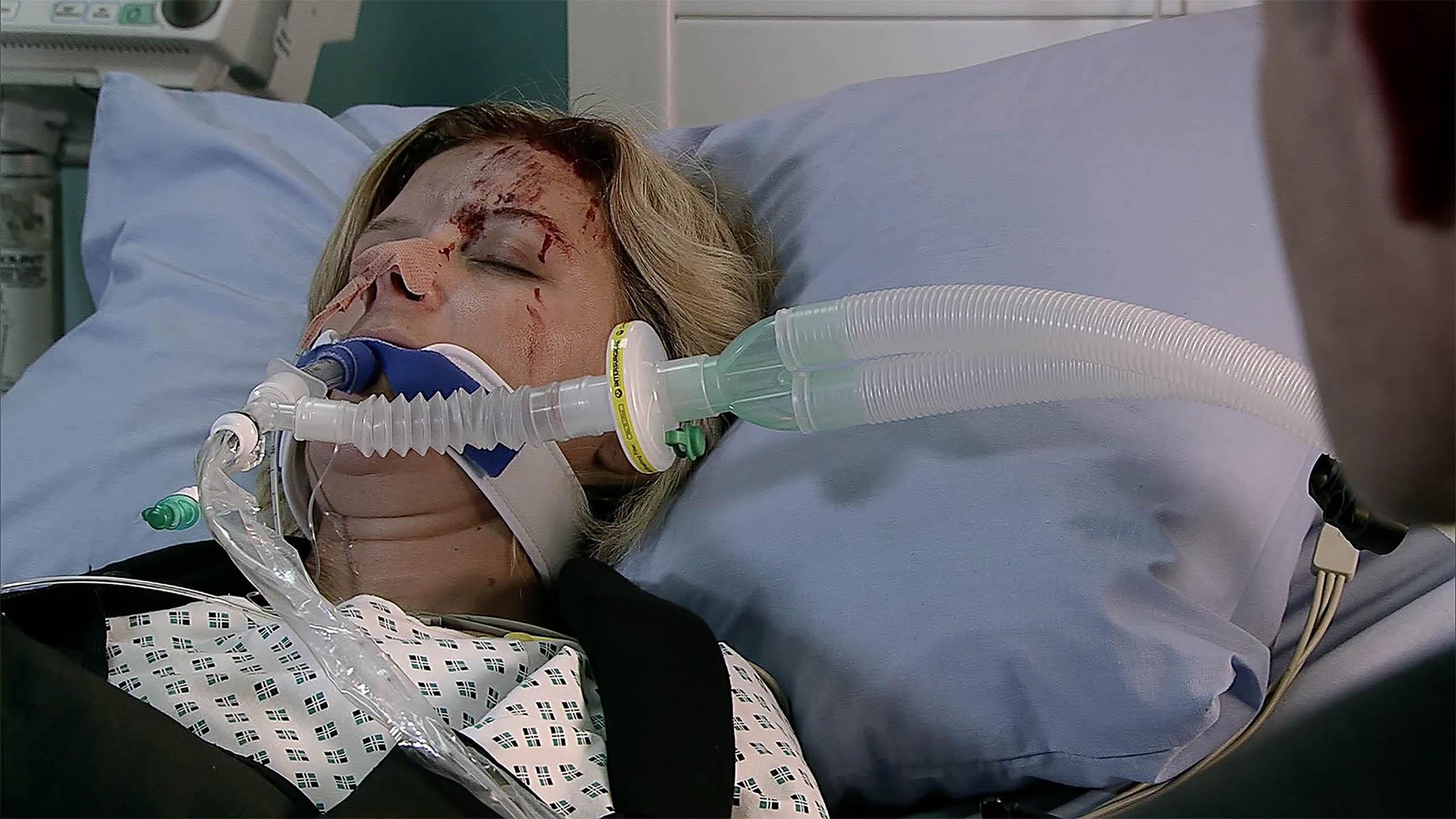 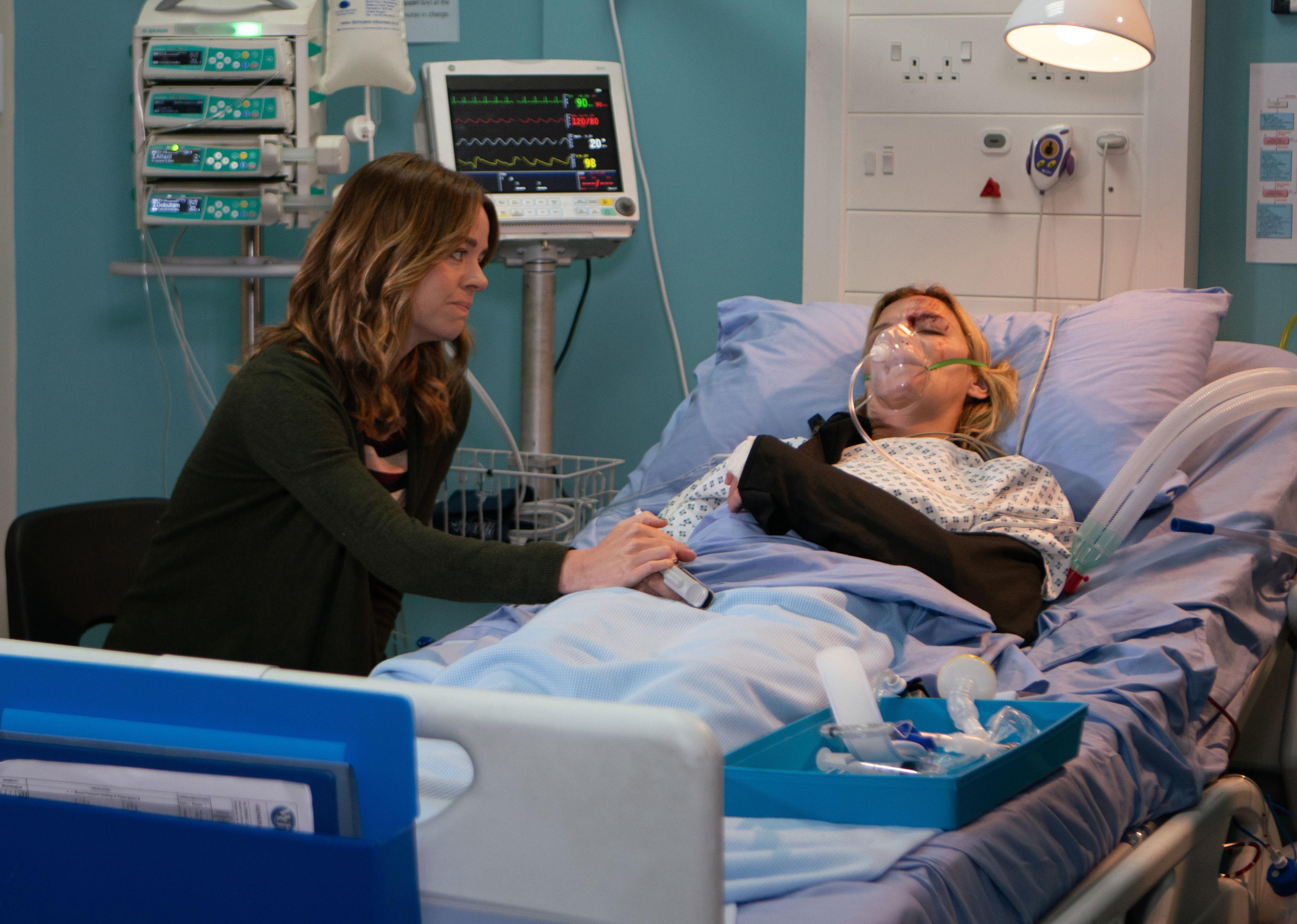 “It’s very sticky!” she said, as she posed with fake blood on her face.

“I can’t wait to wash my hands. But otherwise it’s great!” she added.

Whether or not Leanne will survive, however, is yet to be revealed – with Jane keeping very coy over the outcome.

“Hopefully she will – otherwise I’m out of a job,” the actress laughed.