The dramatic turn of events paves the way for Nick to become a permanent resident of the Street once again, as Ben Price has agreed to reprise the role on a regular basis after more than a year away.

Here, we catch up with Ben about why it was the right time to return and what the viewers can expect from Nick now he’s back.

How does it feel to be back?

“It feels good. It’s nice to see everyone, including my on-screen family. They’ve been getting up to a lot of things while I’ve been gone. Remarkably, my first scene was back at Number 8 with the family, and within about 15 seconds, we were all gossiping before the take. I was back in, they said ‘action’ and it was like I hadn’t gone.

“I’m very lucky that I’ve got those ties on the street. It’s nice to be with Jane Danson (Leanne), Ali King (Carla), Chris Gascoyne (Peter) and then the family. The Platt family is a nice place to be.”

Was it difficult to get back into the character of Nick?

“There’s not much to it. The show gives you your character, while the family give you a sense of where you are and what you’ve done. So that’s very easy to play and then you just fall in. Before you know it, you are just talking to your brother or your gran. So they made it very easy for me. I didn’t feel like: ‘This is a bit weird’. I just thought, ‘Oh, okay, I’ll have a cup of tea and say some lines’. And that’s what we did.” 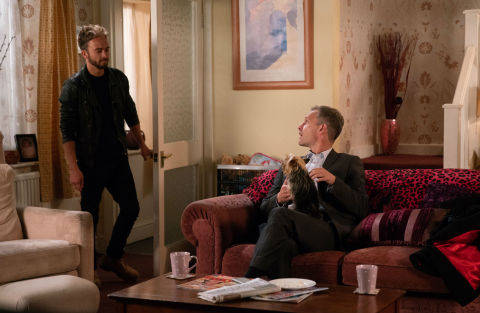 How did the return come about?

“We talked about it for a while, maybe nine or ten months ago. It was more to do with me trying to balance my home life and my work life. That was really why I left the show. I think I made it clear at the time when I went. It wasn’t because of the show, as I love the show. It wasn’t about me going off to do another thing. It was me just going home, making a packed lunch, taking the kids to school, just being at home and being a dad.

“So I did that. Then we worked out a way for me to get a bit more of a balance. Then they had to think about how they were going to write me back. [Corrie‘s former producer] Kate Oates was very good. I was very lucky that they found an easy way for me to come back in.

“When we talked about me coming back, I didn’t need to know the story. I didn’t want to know and I don’t like to know. Jack P Shepherd (David) is the same, actually. All of the Platts are the same. We don’t like to know beyond what we’re doing, or else you’re always chasing something else.”

Are you looking forward to the storyline that’s coming up for Nick?

“Nick slips back in easily with his mum and his gran. But other people hold a bit of a grudge, asking: ‘Where did you go? You left me’. You’ve got to work that out and we worked that out in real time. That’s what’s great about this show, as you work it out and you don’t have to just do it in one episode.” 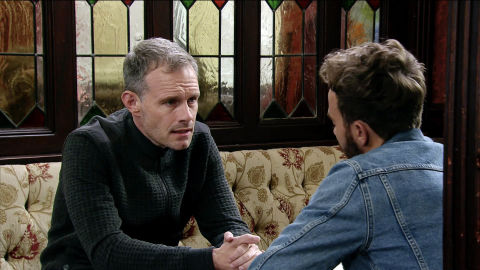 “I think Nick recognises what the street is. It’s not a ‘dip in and dip out’. Not with his mum and not with his gran. If he had known about his brother, he would have come back. It’s a black-and-white situation for Nick – he’s either there or he’s not. When he’s not there, he has to block it completely off.

“Leanne is his first point of contact and afterwards, Nick knows in his heart that the street is where he belongs. It’s obvious. Everything’s there for him – his ex-wives, his family. Family is everything to him.”

Nick has connections away from the Street, though, doesn’t he?

“I can’t say much about that, but I think it’s good that he’s had a life. There are a lot of complications. He’s not been static while he’s been away. That will add to the fabric of how he comes back. I think it is important that he is different. Not majorly, but there’s stuff going on.”

Is it difficult for him to see Carla?

“No, it’s Peter he hates! With Carla, they drive each other a bit. With Leanne, it’s old love and first love. With him and Carla, it’s that bit of fire. He kind of loves her as well, I think. In a way, he loves the excitement.”

Could Nick and Leanne rekindle things?

“I think so. I hope so. It’s up to her. He’s pretty much on the back foot, I think. Once a character in a story absences himself so heavily, then all the characters who had to deal with that life turn around and go: ‘You weren’t there, actually. So how would I trust you?’ That definitely applies to David and it won’t be very easy with Leanne either.” 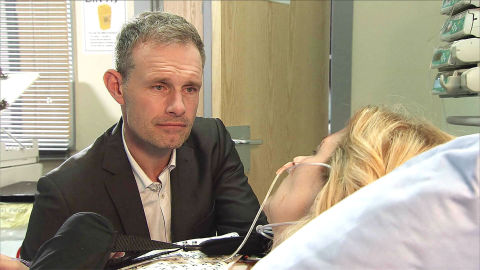 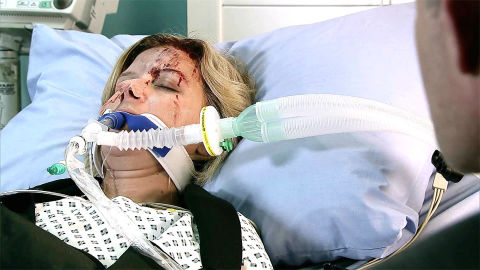 Will Nick be there to support Leanne with her recovery after the crash?

“He’s definitely there. Nick loves a little rescue! But as for how much she’ll let him, I don’t know. When Nick left, he couldn’t handle the fact that Leanne had a child with Steve. All of those things broke down for him and he couldn’t see a way through it, so then he left. But after the accident, he’s come in and tries to help.”

Did you watch any of Jack’s big episodes this year when David was raped?

“Yeah, I did. I think it was really stunning work and fantastic acting. It was painful to watch and thought Jack did a brilliant job. While I was away, we texted every day, a bit like brothers. I saw Helen Worth (Gail) a lot too.

“It’s hard, because you’re in a story like that for a long time. I’ve had those stories myself where you are in a maelstrom of crying and pain. So I think Jack did brilliantly. So yeah, I watched it. He asked me to!”

Are you looking forward to Nick and Peter’s rivalry?

“That was actually the easiest thing to play, as soon as Chris Gascoyne walked in. I spoke to Chris a lot while I was away. When we filmed our scenes back together, it was just Nick being nasty. I found it funny, so I just laughed on the take. Which is lovely, because that’s what you want. You want it to progress. You can’t play the same thing. We did that six years ago, so now I want to play something different.” 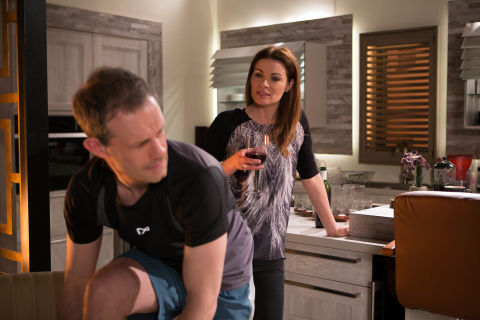 Could Nick take over one of the local businesses?

“He might do! He loves a business, Nick. Hypothetically, I’d like the factory. Who knows what happens with the Bistro? But I think Nick works best in a business. There are certain characters that work really well running a business – Carla, Peter, Audrey, Kevin, Dev – they work really well and you know what you get from them.

“I started in the factory and I like the dynamic there. I like being with Ali King too. So there’s a few possibilities for him and I’m sure I’m going to get into a business.”

Could overprotective Toyah stand in the way of Nick and Leanne?

“I don’t know whether she will but I’m sure she’ll try! Nick and Toyah don’t get on. I think she is the one character that Nick can’t swerve. She’s protective of Leanne and she doesn’t trust Nick.

“You’ve got to remember that the audience are watching it and you need to have some of them going: ‘Oh, I don’t like him’. You’ve got to cater for that. There will be people sitting on the same settee with completely different opinions on the characters – and that’s what telly is.”