Coronation Street fans are in for a real shock as fan-favourite Tim Metcalfe (Joe Duttine), will be exposed as a secret bigamist. But what will that mean for him and Sally (Sally Dynevor)?

As the festive period nears, that can only mean one thing in soap land – December will be jam-packed with drama.

And already, spoilers have confirmed that Tim will reveal he’s married not only to Sally, but to another mystery woman.

The cabby will confess that he previously married a woman while holidaying in Las Vegas and never got the marriage annulled.

Last year, the couple took centre stage on Christmas Day, when Tim admitted to having a fling with Sally’s sister Gina, while she was wrongfully convicted for fraud after being framed by conman Duncan Radfield (Nicholas Gleaves). 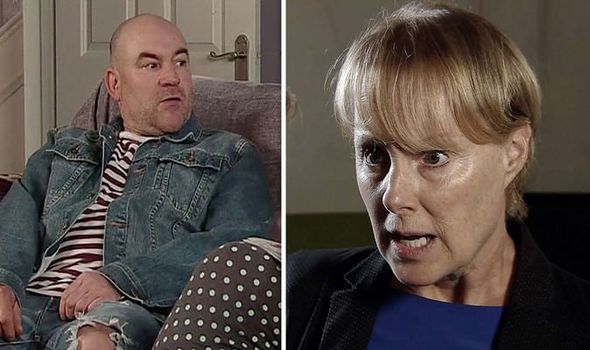 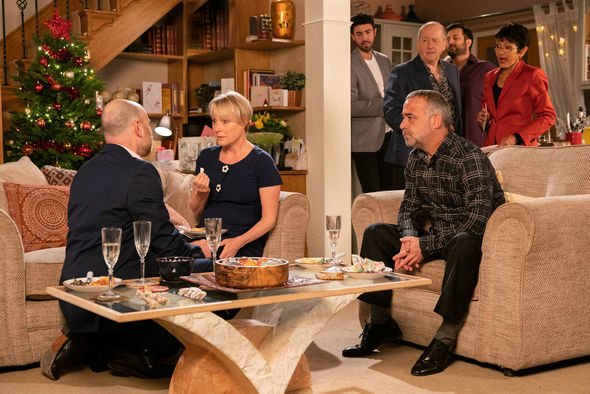 Are they in for another explosive Christmas Day?

Tim’s secret begins to unravel when he realises that the marriage he thought was fake, turns out to be very real.

In an upcoming episode, Tim looks horrified when his dad, Geoff Metcalfe (Ian Bartholomew) and Yasmeen Nazir (Shelley King) return from Vegas together as newly weds.

When Tim suggests that they should have another ceremony at home to make it official, he’s left stunned when Geoff said the Vegas wedding was official. 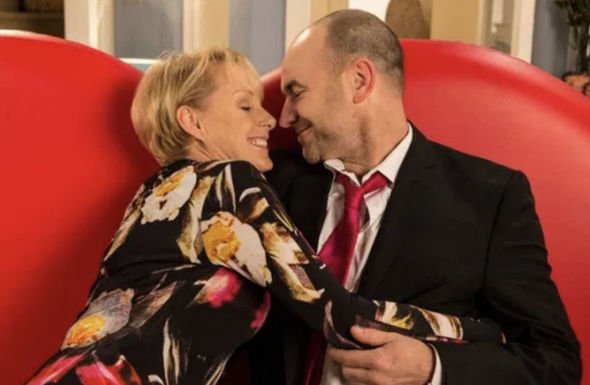 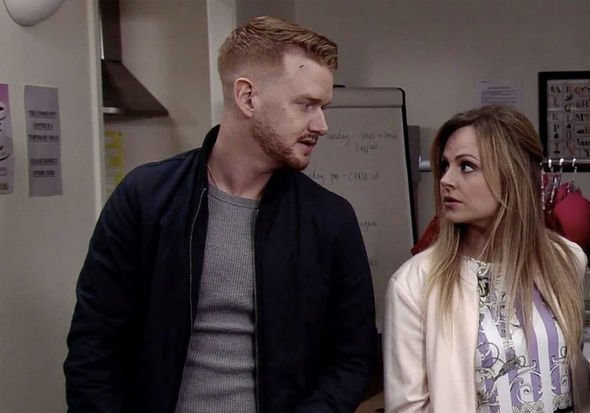 It looks like Tim is about to be in big trouble with Sally when she finds out, but before the fireworks, he tells all to Steve McDonald (Simon Gregson) and Kevin Webster (Michael Le Vell).

He confesses to his friends that years ago he married an air hostess in Vegas thinking it was a joke.

They find the admission hilarious but Tim is left mortified and desperately seeks legal advice from Adam Barlow (Sam Robertson) and Imran Habeeb (Charlie De Melo) about his other marriage.

In upcoming scenes, he manages to track down his estranged wife and asks her for a divorce.

Will he manage to sort it all out before Sally finds out?

Or will this be one surprise too many for Sally?

While Tim is struggling to control his marriage problem, there’s more drama set for the cobbles.

Viewers of the ITV soap have watched as Sarah Platt (Tina O’Brien) seemingly yearns after Gary Windass (Mikey North) after their relationship crashed and burned, once she turned him into the police for being at fault for the factory roof collapse.

Although Sarah has remained adamant she has moved on from her former partner, recent episodes have seen her raise concerns about his romance with Maria Connor (Samia Longchambon).

But fans aren’t falling for it and can see that Sarah still has feelings for her ex.

Actress Tina, has just signed a new contract with the soap, which will see her character stay on the Street for another year.

And with the 60th anniversary on the horizon, The Sun Online reports bosses are keen for the actress to be a part of the huge milestone.

A source said: “Tina’s definitely a favourite for viewers and bosses have big plans for her.”

But what have they got in store for viewers that will make Sarah’s presence so important?

Will it see the reconciliation of her and bad-boy builder Gary?