Coronation Street aired the distressing scenes on Friday, November 27, with Steve McDonald (played by Simon Gregson) and Leanne Battersby (Jane Danson) singing to their three-year-old Oliver as he passed away from mitochondrial disease. Both of their families have been rallying around them to support the parents during this difficult time. However, there have been a few key family members missing throughout.

Steve McDonald did have four children: Amy Barlow (Elle Mulvaney), Oliver Battersby who has just died, son Ruairi McDonald who was a stillbirth and Emma Brooker (Alexandra Mardell), a hairdresser and barmaid that he didn’t realise was his daughter.

While he has been the father of four children, none of them have been twins.

This could be seen as unusual given the fact that Steve himself is a twin which is hereditary.

Many fans may not remember Steve’s twin brother but he did star in Coronation Street around three decades ago. 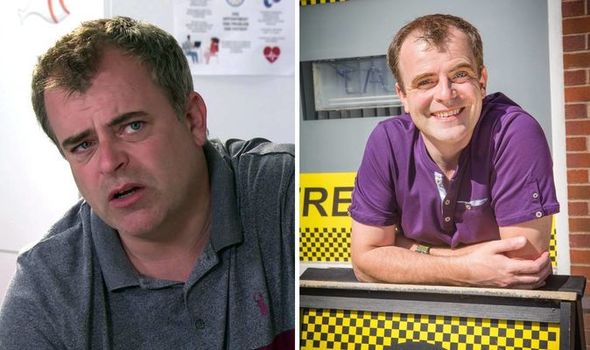 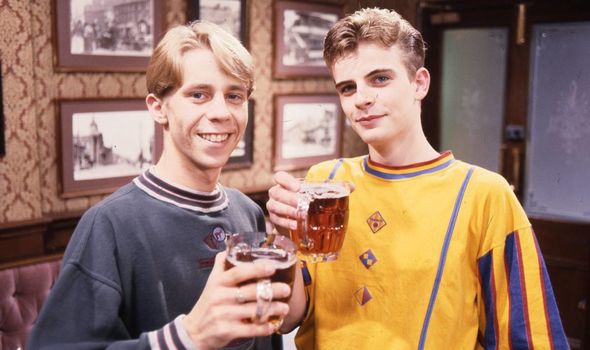 Steve and Andy are twins but non-identical so actors Gregson and Cochrane are not related in real life.

They were also very different as characters with Steve continuously being up to no good, gambling and getting sent to prison, Andy was the brainbox of the family.

But in 1993, Andy made the shocking decision to drop out of Sheffield University to marry girlfriend Amy Nelson (Louise Deprey). 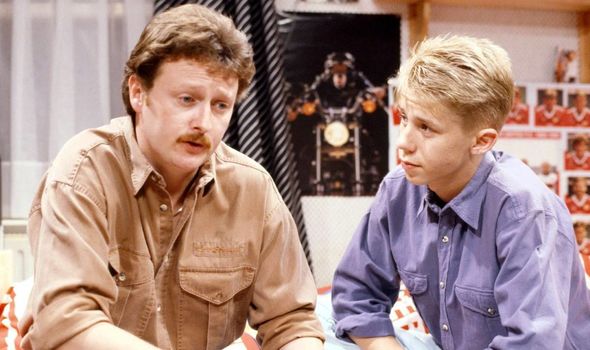 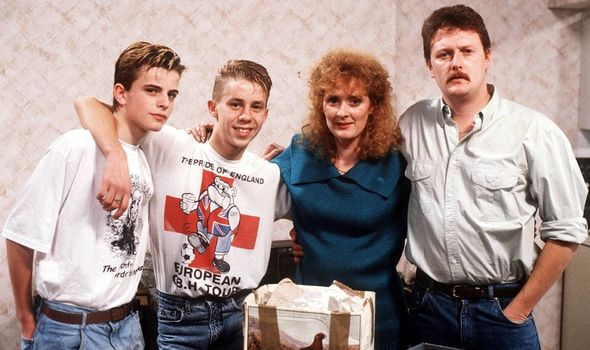 Their marriage soon ended though as Amy left Andy to be reunited with her ex-boyfriend in Trinidad.

Andy worked at Bettabuy supermarket before returning to university in 1994 and worked part-time behind the bar at the Rovers Return.

He dated Paula Maxwell (Judy Brooke) and Anne Malone (Eve Steele) while in Coronation Street but neither of these relationships lasted.

Andy then nearly dropped out of university again in 1997 when he was left traumatised when he was caught up in Gerry Turner’s (Keith Woodason) armed siege of 11 Coronation Street.

Steve’s brother did return to university though and achieved a 2:2 in Combined Studies.

In the same year, Andy left Coronation Street behind to start a new life in Barcelona.

Andy is still said to be living abroad where he works as an English teacher.

From time to time, Andy has cropped up in Corrie and was last seen in 2009 when Steve married Becky Granger (Katherine Kelly.

However, Andy has not been seen for years and hasn’t even been mentioned while Steve and Leanne have been dealing with Oliver’s condition.

This wasn’t the only person in Steve’s family who was a no show throughout the whole affair.

In real life, Callard is now taking part in ITV’s I’m A Celebrity…Get Me Out of Here! alongside EastEnders actors Shane Richie and Jessica Plummer.

Dad Jim was in Corrie in 2018 as he tried to steal money from his ex-wife but hasn’t been in the soap since.

Coronation Street is available to watch on ITV.