Coronation Street has revealed that Sinead Tinker’s cancer diagnosis will be officially confirmed next week.

Pregnant Sinead is currently fearing the worst after doctors told her that she has a lump on her cervix which requires further investigation.

This week’s episodes see Sinead head back to the hospital for a biopsy and an MRI scan, deciding not to tell anyone where she’s going.

Unbeknown to Sinead, her boyfriend Daniel Osbourne (Rob Mallard) is making some very romantic plans back on the cobbles, wanting to spring a surprise wedding on her. 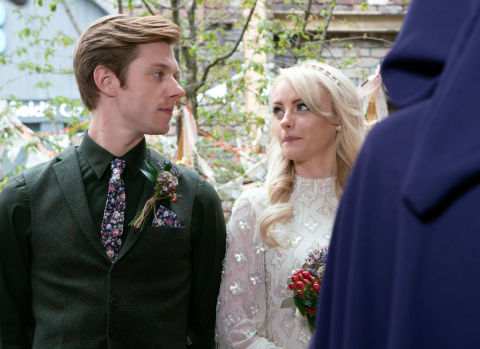 Viewers will have to tune in this week to see how the wedding affects things and how much Sinead confides in her loved ones, but new spoilers for next week have already revealed the aftermath.

When Sinead receives the results, it’s the outcome she was dreading and she faces a difficult decision over what to do about her unborn baby.

“Sinead attends her hospital appointment and is told she has cervical cancer and should consider a termination,” Corrie confirmed on its official website.

“Devastated and alone, what will Sinead decide to do?” 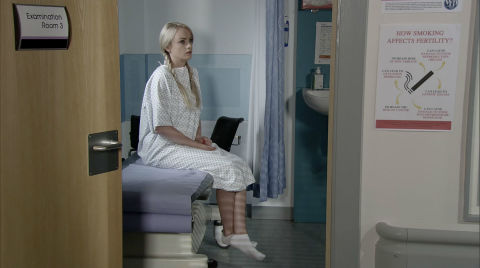 Katie McGlynn, who plays Sinead, recently spoke about the challenge of taking on this emotional storyline.

“It’s been brilliant. I’m really humbled and happy that Coronation Street have trusted me with such a big storyline. As an actress, it’s my dream to be challenged like this. So it’s been tiring but good at the same time,” Katie explained.

“When I first found out about the storyline, I was just really happy. But when you actually read it and you’re ready to do the work for it, it’s really emotional. Just reading it on the page, it’s heartbreaking what these women have to go through in real life.” 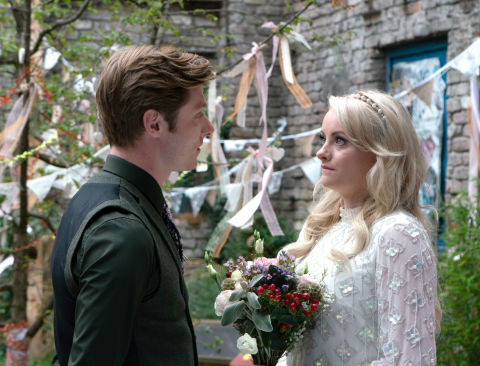 On the big decisions Sinead will have to face, Katie added: “It’s a huge dilemma because Sinead’s dream is to have a family. That was highlighted when she had an abortion last year – she was devastated and Daniel was devastated.

“They’re on the cusp of their dream but now their whole world has crashed down. Sinead is faced with this huge dilemma because all she wants is a family.

“I think the viewers will respect Sinead whatever she decides to do, as it’s one of those decisions where there’s no right or wrong answer. It’s such a sensitive subject, and you couldn’t blame anyone for making either decision.

“There’s so many options Sinead is faced with, it’s not just one or the other. She’s torn and constantly changing her mind of what to do. I’ve been playing it for months now and I don’t know what I’d do in that position. It’s horrible.”