Before Hannah Brown won Dancing with the Stars and was the bachelorette, she competed for Colton Underwood’s heart on The Bachelor. 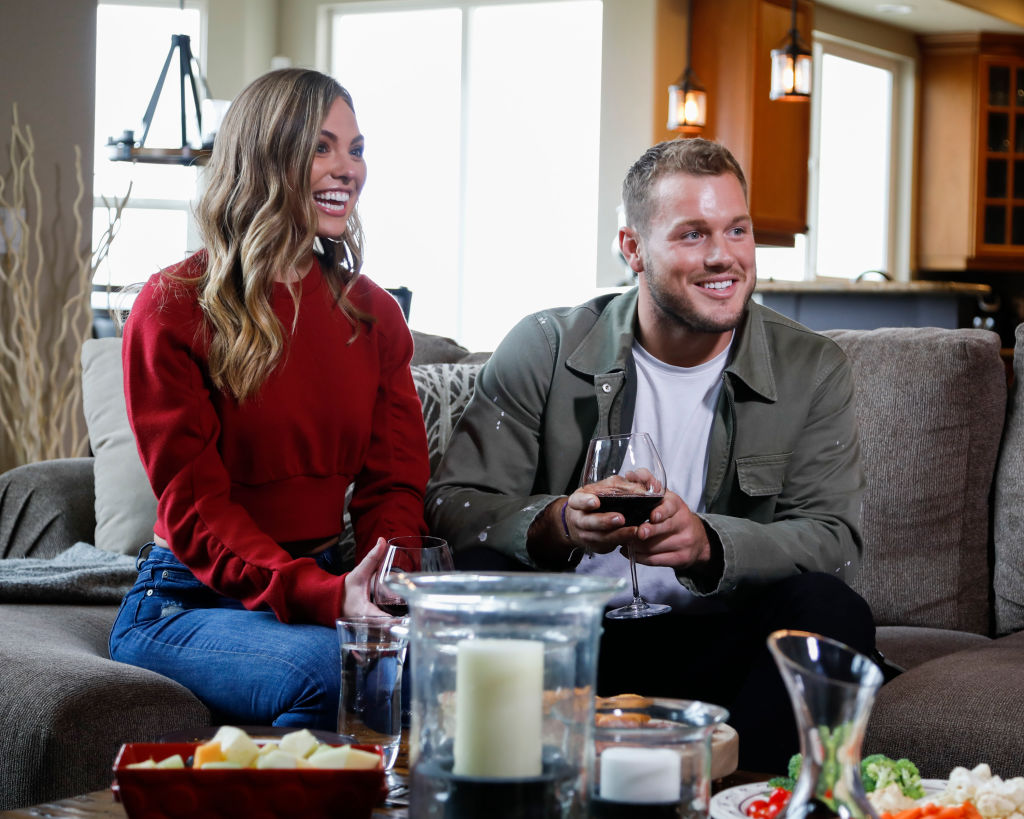 She was a controversial pick for the lead role because of her time on the dating show. She became Hannah Beast thanks to her feud with Caelynn Miller-Keyes. And, on top of that, fans weren’t sure she had what it takes to be the bachelorette because she was so awkward on-camera with Underwood. Of course, she proved everyone wrong and emerged from her season as one of the most popular bachelorettes the franchise has ever seen.

Underwood just released his book called The First Time where he spills on some juicy behind-the-scenes drama involving Brown, according to Cosmopolitan.

The site writes that Underwood wrote that Brown showed up to a date the bachelor was on with Hannah Godwin to put down the remaining women. Surprisingly, it didn’t make the final cut–maybe because she was already being considered for the bachelorette?

“She was still stewing about not getting a rose and wanted more clarity from me,” he wrote. “In reality, it seemed she wanted to lash out and vent. She went off on the remaining four girls and told me they didn’t have the qualities that made her so amazing. It was the beast in her, roaring and raging.”

A day late & a dollar short but congrats Hannah B! Now get some much deserved rest by staying away from limos, roses, dance floors and windmills. You’ve had a killer year!

Brown hasn’t responded to Underwood’s book yet. But, in the past, the two have seemed cordial and on friendly terms with one another.

When Underwood was diagnosed with coronavirus (Covid-19), Brown said she was praying for him.

After Brown won Dancing with the Stars, Underwood posted a congratulatory message on Instagram.

“A day late & a dollar short but congrats Hannah B! Now get some much deserved rest by staying away from limos, roses, dance floors and windmills. You’ve had a killer year!” he wrote.

What else is in Colton Underwood’s book, ‘The First Time’?

Underwood’s been making the rounds publicizing his book. He did a recent Instagram Q&A with his following about what all his book covers.

“What are some topics you cover in the book? Ps I hope you are feeling better,” wrote one fan.

Day 11. I’m closer to feeling like myself and I am so grateful to have more of my lungs back. I want to thank my doctor and local health department who have done a great job guiding us through this. I’m talking with my doctor about donating my plasma and doing anything I can to help fight this thing. Thank you to everyone who has be so supportive during this time. A friendly reminder that my memoir comes out March 31st! I’m hoping that during this time it helps distract people or you learn something new about yourself while reading it. Continue to smile and spread positivity. ♥️ love y’all

“I’m doing so much better, thank you,” wrote Underwood. “Topics include: Identity, self-value, bullying, football, family (my parents [sic] divorce), production, behind the scenes info, Bachelor (obviously), Cassie, and so much more.”

Another fan asked what Underwood learned about himself while writing the book.

“I learned that I internalized a lot of my feelings and struggles. I also learned that it’s okay to not have all the answers and not have it all figured out,” he wrote.