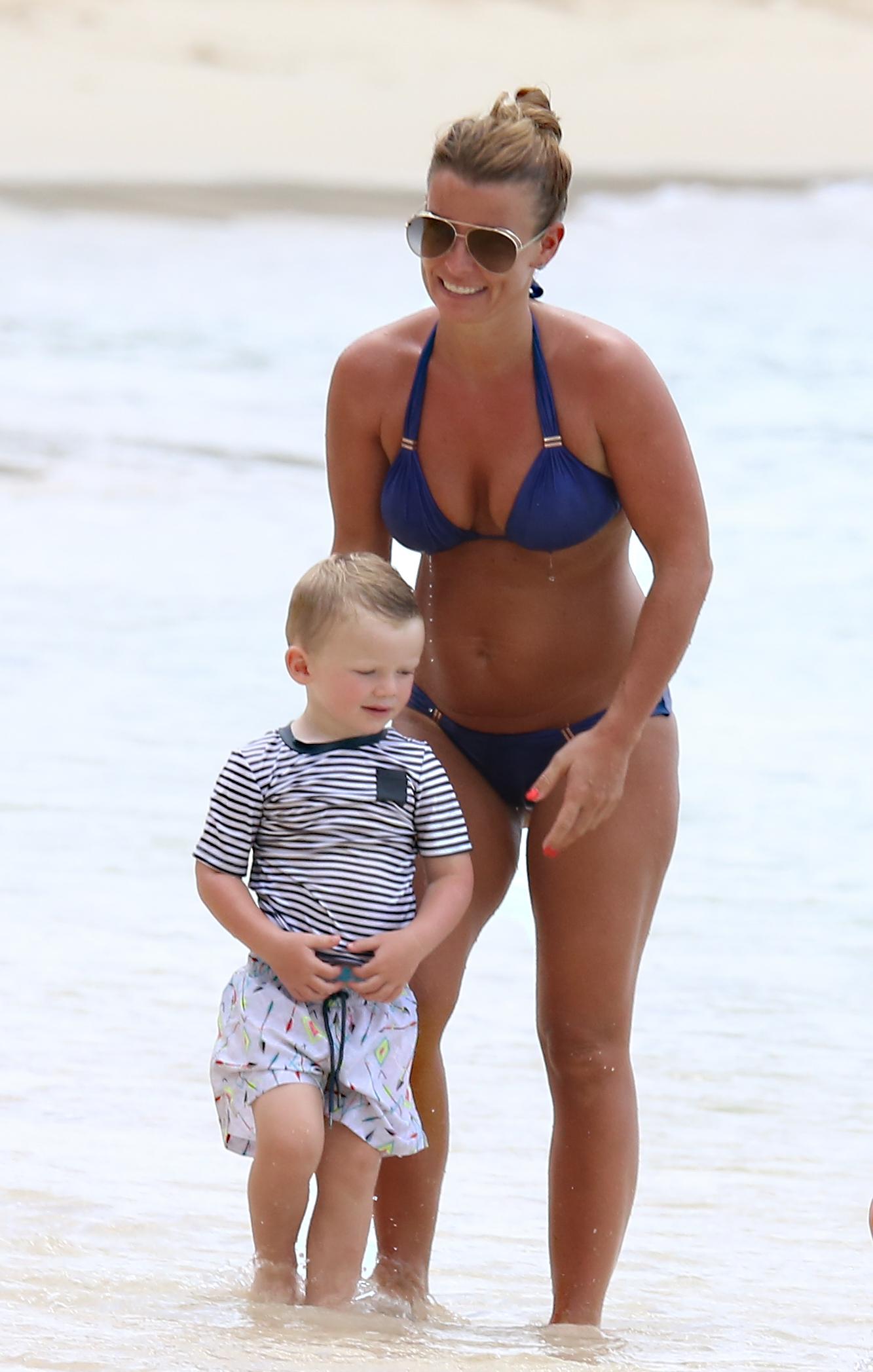 The Rooneys have been enjoying an exotic getaway after their big move to the States and Coleen looked more relaxed than ever as she enjoyed a day at the beach.

She held on to her boys as they played in the surf and kept her aviator shades on in the bright sunshine.

And the family looked to be having a whale of a time.

The brood were all seen splashing around in the sea as they cooled off from the blistering Barbadian sun. 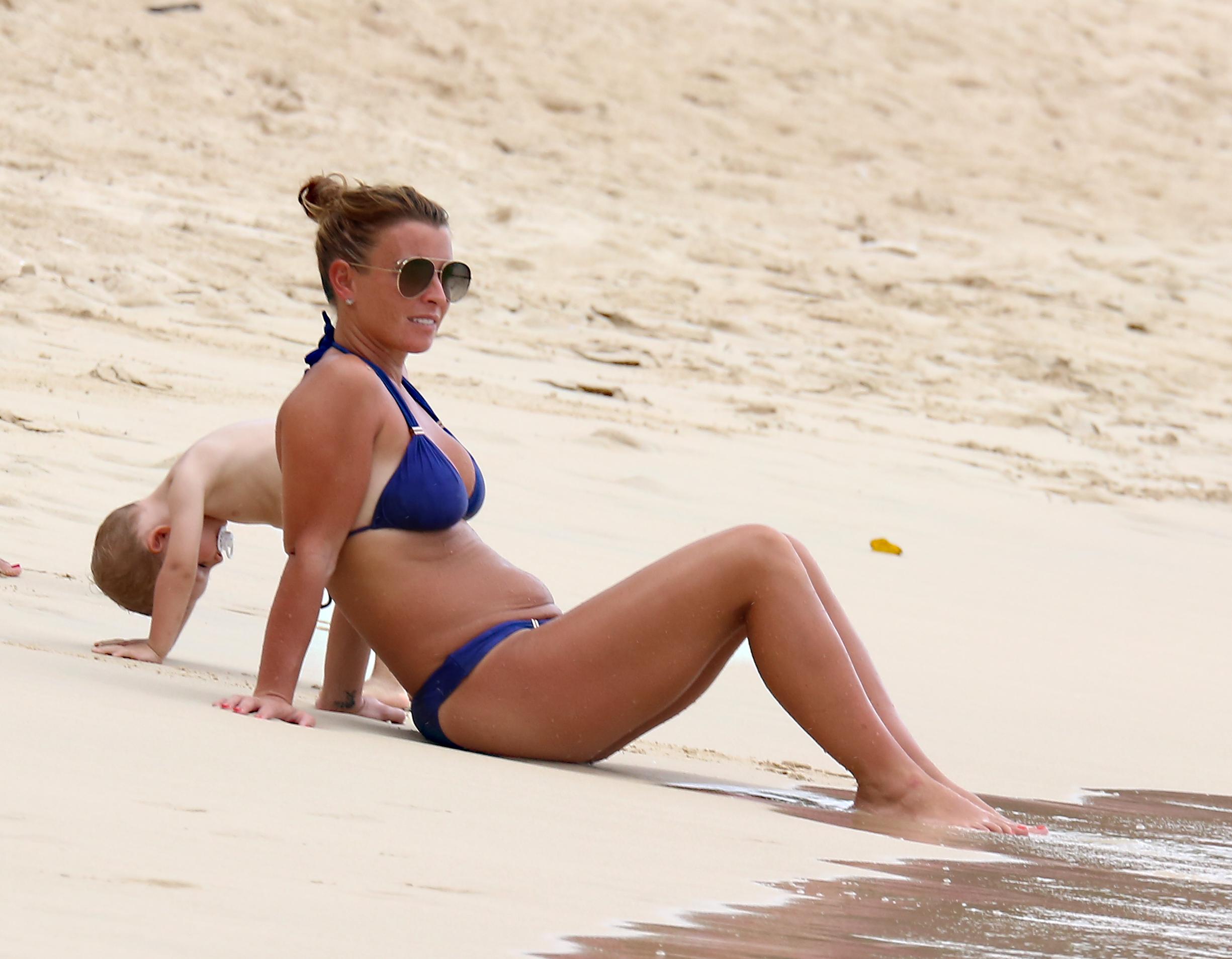 Coleen even whipped out her goggles for a snorkelling session.

The mum-of-four was seen having a dip with five-year old Klay but other sons Kai, eight, Kit, two and eight-month old Cass were also enjoying their holiday.

The family are no doubt enjoying some time off in Barbados after their recent big move to Washington D.C. 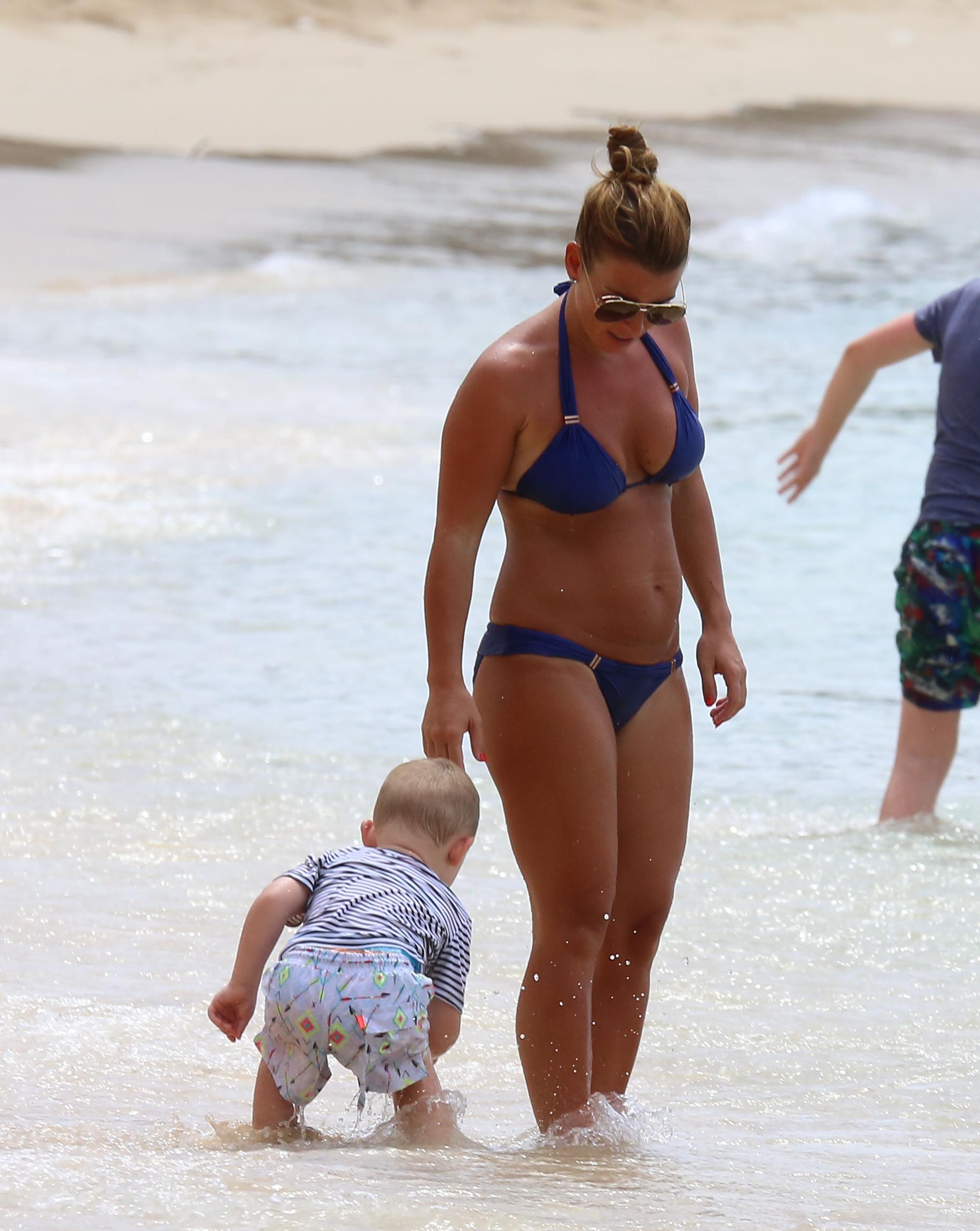 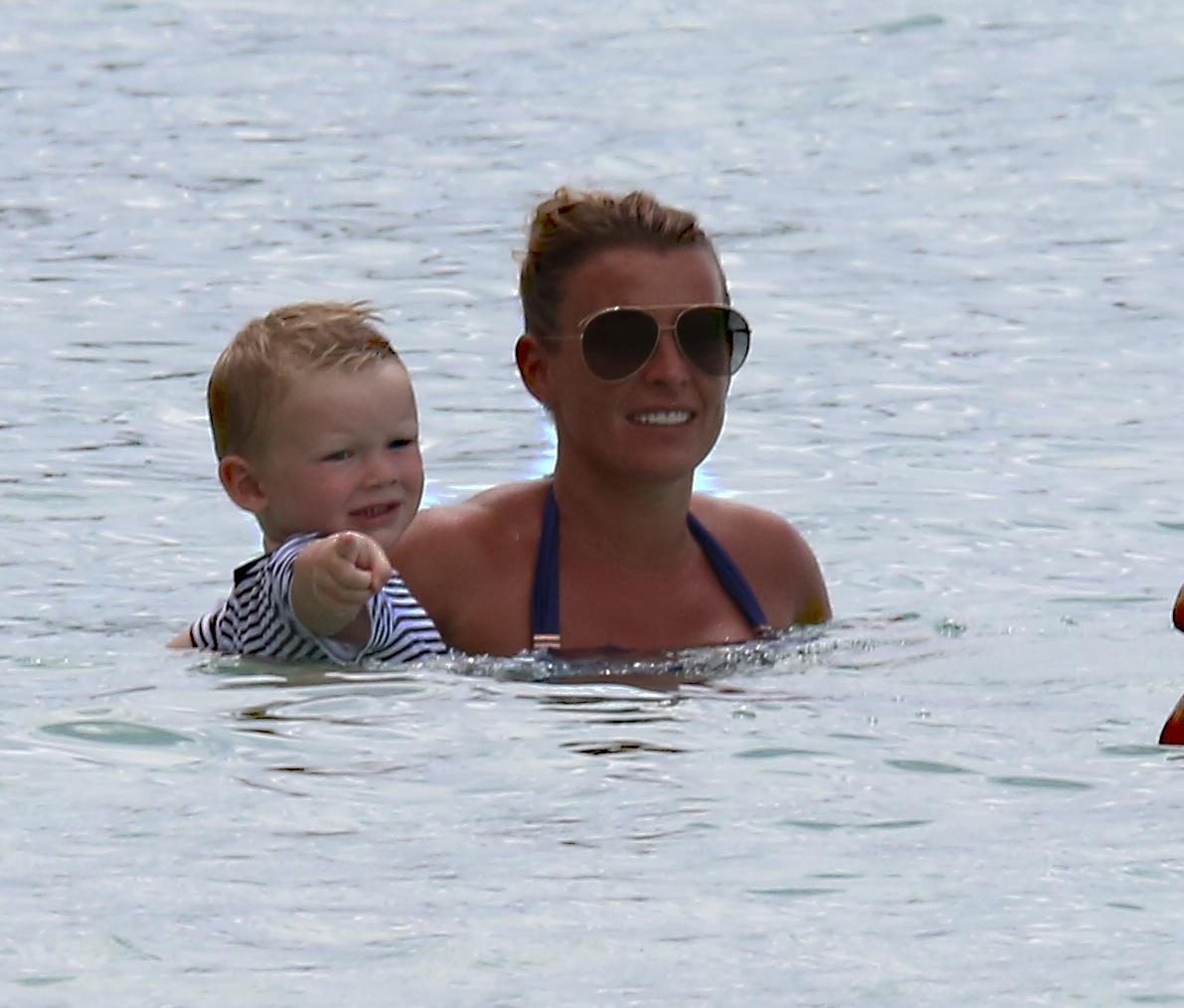 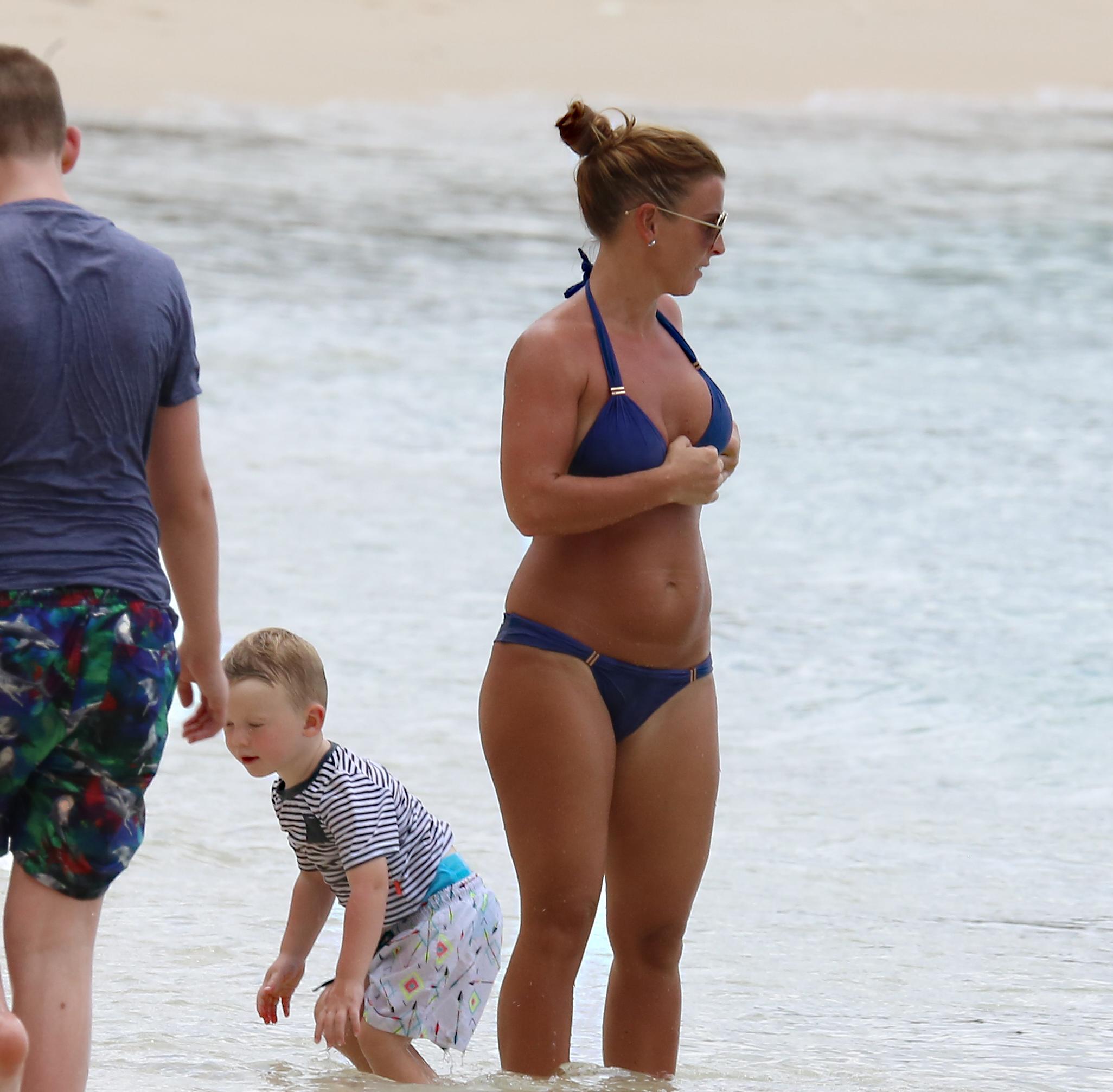 Coleen and Wayne uprooted their brood from their long-time Cheshire home to start a new life in the States after he signed for Major League Soccer team D.C. United.

Wayne was given the green light to leave Everton earlier this year after being told there was no guarantee he would get first-team football next season. 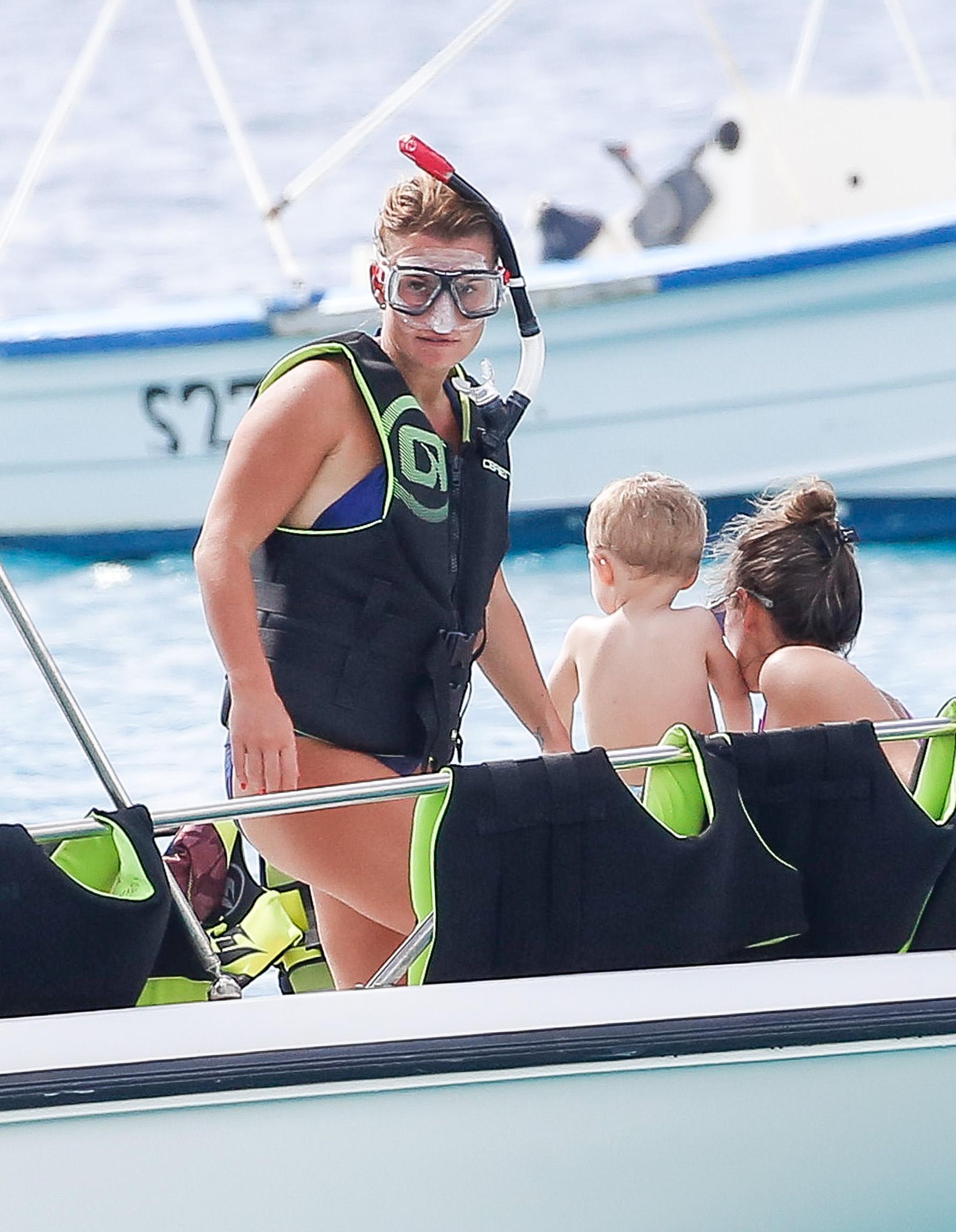 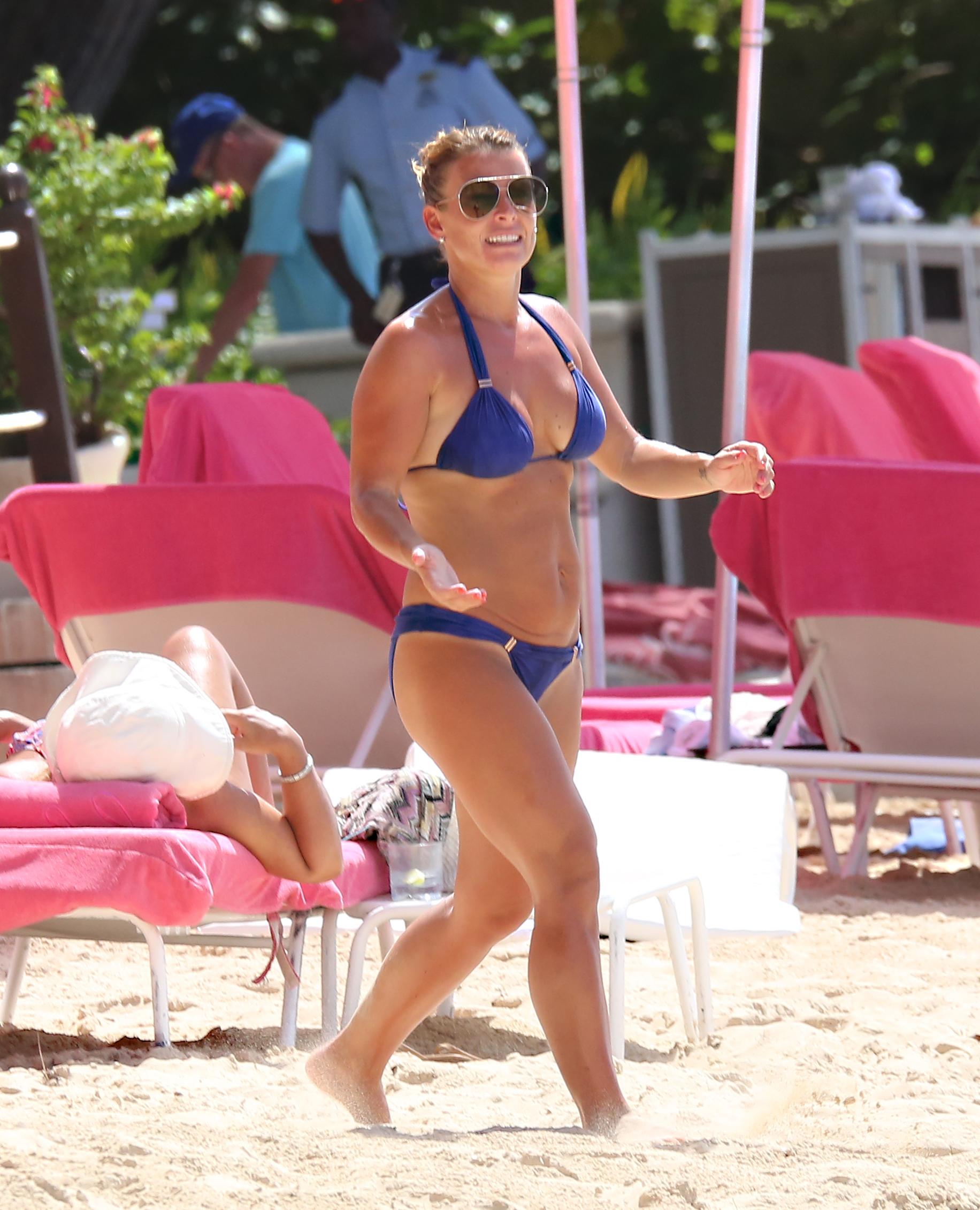 However the family appear to have settled into life across the pond with Coleen recently pictured hitting the local shops after a morning of fitness classes.

They've moved into a $12 million mansion in the prestigious Wesley Heights, with the the Obamas and Ivanka Trump as neighbours.

While they are further from their family, the couple seem to be enjoying the fact their new home is far closer to their beloved Barbados.

The Caribbean trip marks the family's fifth holiday of the year, having already jetted to Barbados, as well as Portugal, Paris and Dubai.