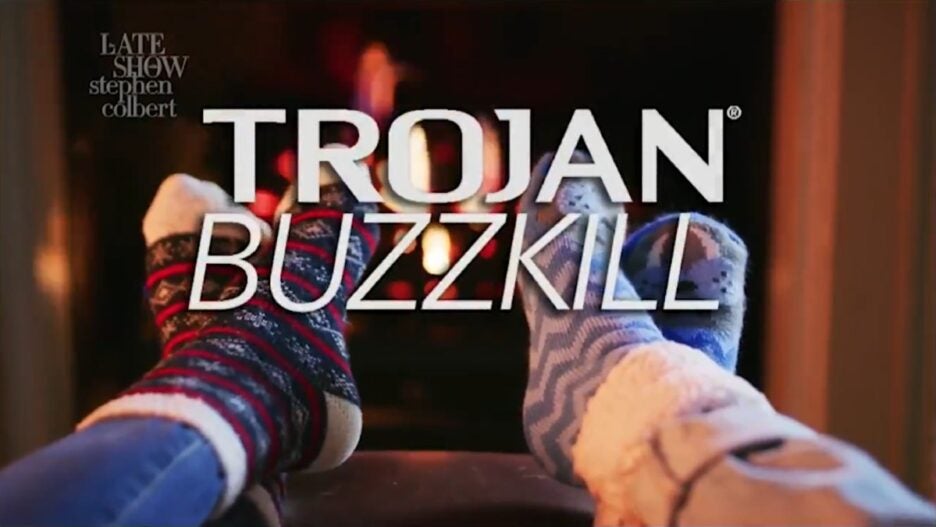 The big name late night shows all teamed up on Wednesday for what they’re calling a “Climate Change Intervention,” in which they devote much of their airtime to addressing the climate disaster and basically begging the American government to actually do something about it.

This included Stephen Colbert who, among other things opened “The Late Show” with a bleak, bleak joke that managed to mine a little comedy out of the fact that we’re all basically screwed because billions of dollars have more influence than billions of people on the people who make policy.

The joke was inspired by reports that a significant amount of people are choosing not to have children, or have fewer children than they might have had, because they’re worried about raising kids in a world doomed by climate change. 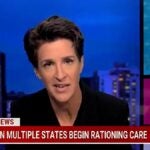 So after the normal supercut of news clips setting up the joke, the cold open turned into an add for Trojan Buzzkill condoms. The hook? “Inside each package is a stark global warming fact, like ‘July 2021 was the hottest month ever recorded.’”

“Who would risk bringing a child into that world,” the commercial asks.

“so when you start rising like the world’s sea levels,” the ad continues, “reach for a Buzzkill, and shrink like the glaciers.”

Watch the whole ad here. And maybe call your congressperson.