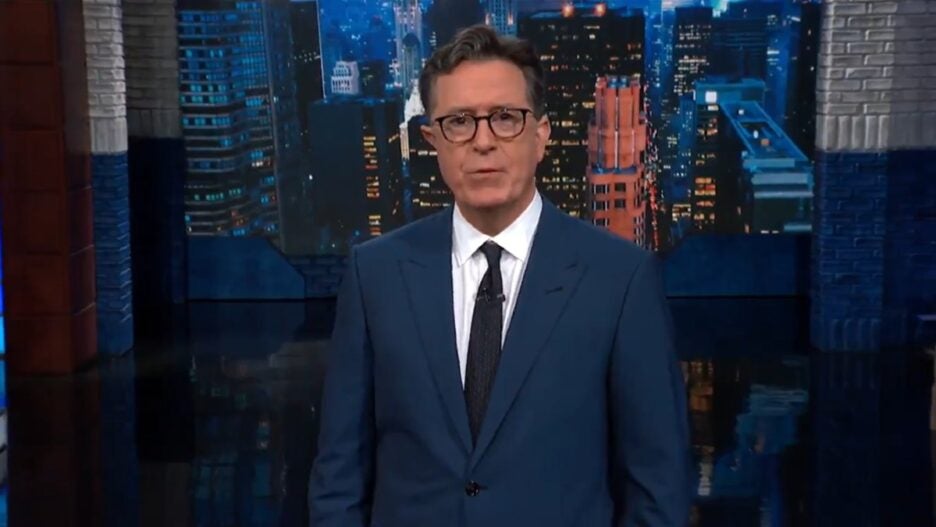 As Stephen Colbert reminded his audience on Monday, most of the last (almost) year and a half, he’s been doing his shows without an audience thanks to, well, you know because you lived through it too.

Colbert returned to the studio with an audience back in June, but the experience of the COVID-19 pandemic is still very much on his mind. So it is that the day after he took home two Emmys, he spent Monday’s episode looking back on the last season of “The Late Show,” starting with his monologue.

Literally — Colbert shared some of his favorite jokes from the monologues he delivered during the quarantine. “I have a theory about comedy,” Colbert joked, “and it’s that it’s good when there’s laughter.” 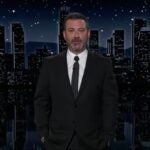 Colbert began with the very first monologue he did from his office in August 2020, after having spent most of the summer doing “The Late Show” from his house. Then he showed a portion of the monologue from his live election night special on Showtime, from his show a week later after Joe Biden’s victory was confirmed, and his show the day after the deadly Capitol riot incited by Donald Trump. After that, he showed a clip from his show the day Biden was sworn in, followed by a clip from an episode taped during the February, 2021 snowstorm on the East Coast.

There’s more than that of course but we won’t belabor the point except to say he ended the supercut with a clip from his very last quarantine episode. The main thing is, Colbert was right: These jokes were better with an audience to laugh at them. Also, the last 18 months have been one hell of a decade.