Cinderella pantomime 2020 cast: Who is in the cast of the Comic Relief Pantomime?

While pantomimes across Britain have been cancelled due to the coronavirus pandemic, Comic Relief will be bringing some festive cheer with its online production of Cinderella. This production features a stellar cast of household names. Express.co.uk spoke exclusively to producer Richard Curtis, who put Cinderella: A Comic Relief Pantomime for Christmas together.

Cinderella: A Comic Relief Pantomime for Christmas will be airing on BBC Two this evening at 8.15pm.

Viewers can expect an hour of pure joy and hilarity with his new stay-at-home adaptation of the classic fairytale.

The script has been written by Dawson Brothers and the virtual script read will be raising money for Comic Relief in a bid to combat hunger, loneliness and cold both at home and abroad.

Speaking about the pantomime a few weeks ago, Curtis told Express.co.uk: “I’m having a sort of weird Christmas because we did an extra episode of The Vicar of Dibley and we’re doing a pantomime – a Zoom version of Cinderella on BBC Two. We only decided to do it two weeks ago, so the casting is hilariously desperate now.

“I’m having to write to everyone I know but Olivia Colman is going to play the Godmother, so I’m sure it’s going to be okay.” 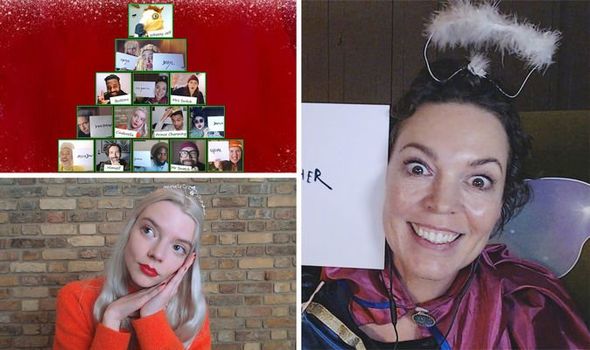 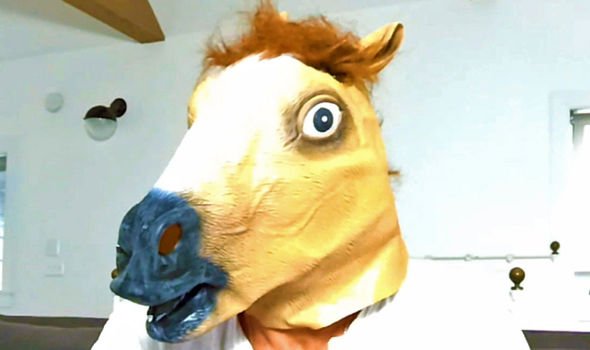 Who is in the cast of the Cinderella pantomime 2020?

Oscar winner Olivia Colman will be switching from regal duties as Queen Elizabeth II in The Crown on Netflix to take on the Fairy Godmother in this Zoom production of Cinderella.

Colman is no stranger to screens with a long career counting Broadchurch, Peep Show and Fleabag as highlights.

Comedian and writer Guz Khan is best known for his work on Man Like Mobeen but will be playing Buttons.

His other big credits include Netflix comedy Turn Up Charlie opposite Idris Elba, Four Weddings and a Funeral the TV series, Curfew and Zapped. 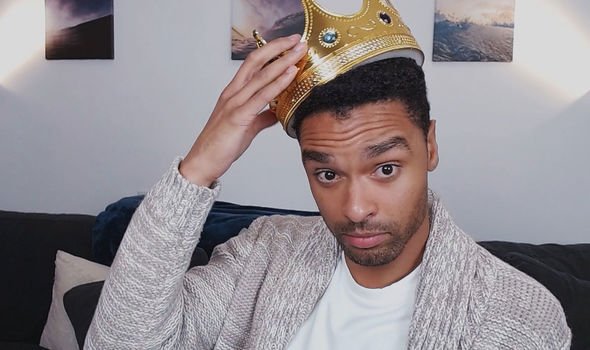 Bonham Carter has an a long and impressive career starring in the likes of the Harry Potter franchise, several collaborations with Tim Burton, Fight Club and The King’s Speech.

Tom Hollander takes on the role of Baron Hardup after appearing in BBC drama Us earlier this year.

He’s also known for The Night Manager, Pride and Prejudice, Gosford Park, In The Loop and About Time which was also helmed by Curtis previously. 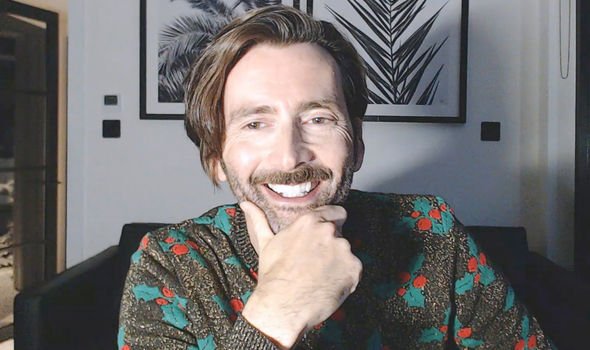 She’s most recently been put through her paces on Channel 4’s wacky series Taskmaster but Daisy May Cooper will be turning her talents to playing an Evil Step Sister in the panto.

The BAFTA-winning creator and actress of This Country has previously starred in HBO’s Avenue 5, The Witchfinder, The Personal History of David Copperfield and The Wrong Mans.

Joining his sibling as another Evil Step Sister is Charlie Cooper, who is also known for This Country.

Cooper is a writer and actor with roles in A Confession and Greed as well as writing on the comedy Avenue 5 which starred his sister.

Ahead of his appearance as the dashing Duke of Hastings in Netflix’s period drama Bridgerton, British actor Regé-Jean Page will be playing Prince Charming.

The actor has previously featured in Waterloo Road, Fresh Meat, For The People and Mortal Engines.

Taking on the title role of Cinderella is actress Anya Taylor-Joy, who has been wowing audiences across the globe with her performance as chess genius Beth Harmon in The Queen’s Gambit.

She has also appeared in Peaky Blinders, Split, The Miniaturist and The Witch.

Cinderella: A Comic Relief Pantomime for Christmas will be airing on BBC Two tonight at 8.15pm