Chelsea hides from killer Gray after sex betrayal in EastEnders 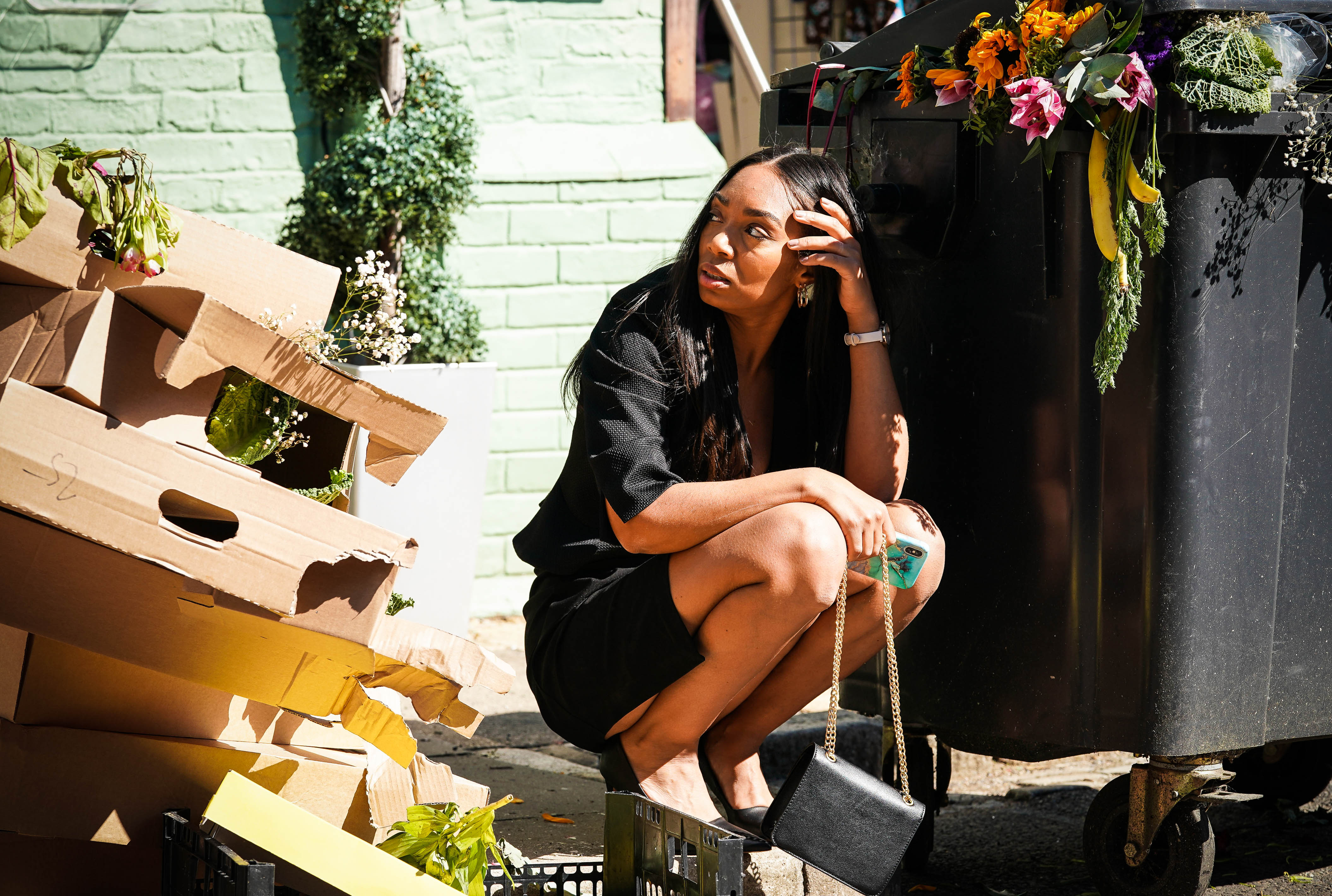 Chelsea Fox (Zaraah Abrahams) is forced to hide from lover Gray Atkins (Toby-Alexander Smith) in upcoming EastEnders scenes, as she returns from a night out with another bloke.

The soap icon, who was up in court earlier this week, took to celebrating her newfound freedom in style, sacking off Mia’s birthday party in favour of drinks at Ruby’s.

An admirer decided to buy her a drink, and Chelsea liked what she saw, as she contemplated taking things further with this mystery man.

Dotty Cotton (Milly Zero), who served Chelsea, reminded her that she’s in a relationship with Gray, but Chelsea claimed that she and the lawyer are simply keeping things casual.

And after some deliberation, she decided that she would follow her heart, as she headed off with the man from the bar.

Gray, meanwhile, was none-the-wiser, expecting Chelsea to pop by No.1 for Mia’s birthday.

Chelsea returns to the Square in the next edition of the BBC One soap, after spending the night with the stranger she encountered at Ruby’s.

But as she passes by the night-club, she spots Gray!

She hides from her beau, much to Dotty’s delight.

The question is: will Gray come to discover that Chelsea has slept with another man? And if so, will his anger get the better of him?

The killer has already claimed the lives of three Walford residents thus far, so will be adding another name to that list?

Actress Zaraah spoke to Metro.co.uk about Gray’s murderous behaviour, and how Chelsea currently has no idea what he’s capable of.

‘Sadly he is disguised as a hard working, loving father after losing his wife,’ she told us. ‘He is fulfilling her needs, Chelsea has no idea whatsoever.

‘She thinks he has just like anyone else, all relationships have altercations and can be temperamental. But she has no idea that it’s much more dangerous about that!’

EastEnders airs these scenes Thursday August 12 at 7:35pm on BBC One.