Celebrity MasterChef judges Gregg Wallace and John Torode asked the celebrities in the latest instalment of the BBC show to make a classic dessert named oeufs a la neige, which translates in English to floating islands. The sweet dish consisted of a poached meringue on top of crème anglaise with caramel and toasted almonds. The celebrities had only 20 minutes to make the dish but many viewers believed the stars were guided on how to cook the dessert before being filmed.

The first celebrity to take on the challenge was Love Island star Faye who was only told by the judges she should end up with a meringue floating in a bowl of custard with dark caramel and nuts scattered on top of it.

Faye claimed she had never made meringue before but remembered she needed to whisk the egg whites into stiff peaks.

She soon scooped the meringue into a ball and poached it with confidence before she moved on to making the custard and caramel. 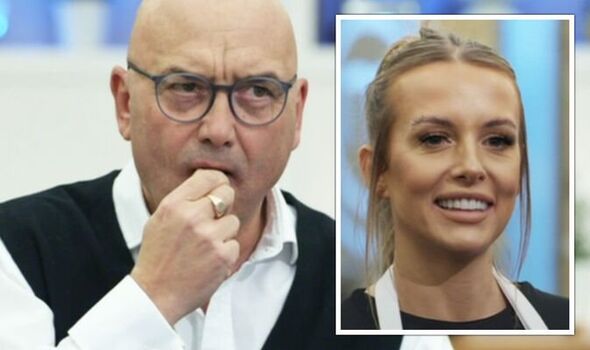 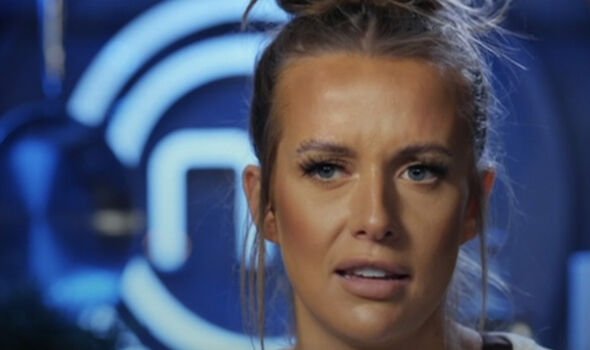 Gregg and John looked on in amazement as Faye got to the final stage where she sprinkled nuts and caramel on top of the meringue.

John thought her custard was a “nice” consistency and felt the meringue was light and tasted like the inside of a pavlova.

Gregg exclaimed: “That’s the second good dessert you’ve done. You might be a pastry chef.” 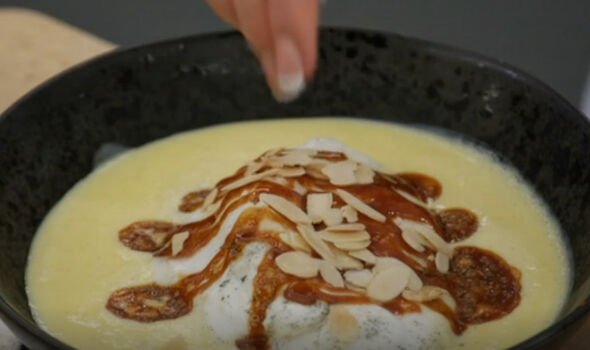 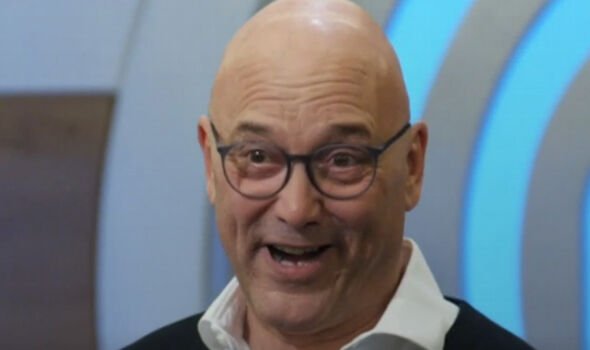 The episode caused a stir on social media, with many viewers believing Faye and the other celebrities had assistance ahead of the poached meringue task.

Victoria tweeted: “There is NO WAY that they have not had any guidance for this. Nobody, who has not either seen a picture or read some instructions could do this #CelebrityMasterChef.” (sic)

@Damo_War said: “As if anyone apart from a trained chef knows how to make all the parts of this dessert. And as if Gregg knew the translation off the top of his head.”

Cowden Brummie fumed: “Pathetic for #CelebrityMasterChef to think we believe that Faye knew nothing about dessert beforehand or wasn’t given tips and hints.”

Nicki Hughes said: “Watching #CelebrityMasterChef There is no way these celebs can make this dessert without knowing anything at all, or at least seeing a photo. They’ve obviously had help.” (sic)

Despite the criticism, other viewers praised the contestants’ efforts with the dessert task.

P Kaur commented: “I’m liking Faye on this. She can cook and has a positive attitude. #CelebrityMasterChef.”

@JimBlower, who was also commenting on Faye’s skills, added: “Faye did that really well, but it still seems like a horrible dessert to me. #CelebrityMasterChef.”

At the end of the episode, Gregg and John announced which three stars would be going into the quarter-final of the show.

Gregg said: “It was really great having you as part of the competition. Sorry to see you go, thank you very much.”

Celebrity MasterChef continues on BBC One on Friday at 9pm.