Casualty has revealed a first look at former EastEnders star Shaheen Jafargholi in his new role on the hospital soap.

“Marty, he is a student nurse,” says Jafargholi. “He arrives at Holly for his final placement at uni. I think he’s a bit cheeky, a bit witty, but ultimately just very eager and keen to do well and to impress everybody on his first day.

“His wit can sometimes rub people up the wrong way perhaps. But again, I think ultimately he just wants to impress everyone.

“It’s just an honour really to be able to say that we’ve become a small part of this legacy.” 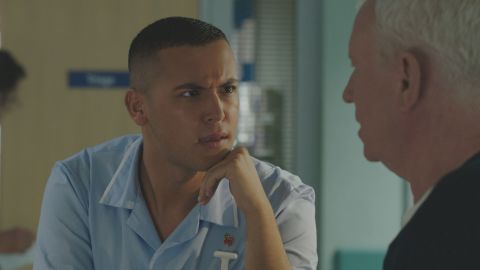 Speaking of his on-screen partnership with Leon, he said: “It’s really fun to do and obviously when we work together so well it just makes it much easier and that much more organic. And most of the time, we’re laughing throughout it all.”

Leon will make her first appearance on Casualty this Saturday (November 3), while Jafargholi will be joining the soap on Saturday, November 17. 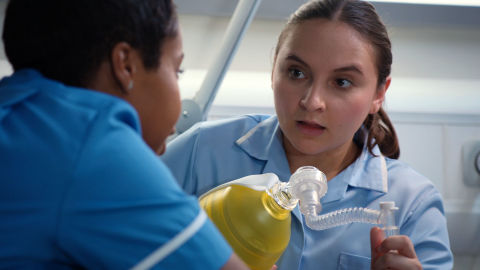 Jade’s first episode will see her stumble into work late and have a nap in a bed shortly after, which doesn’t impress Louise.

Casualty airs Saturday night at 8.35pm on BBC One.