She looks ready to marry for the fourth time after flying to Vegas with her fiance Carl on Wednesday. 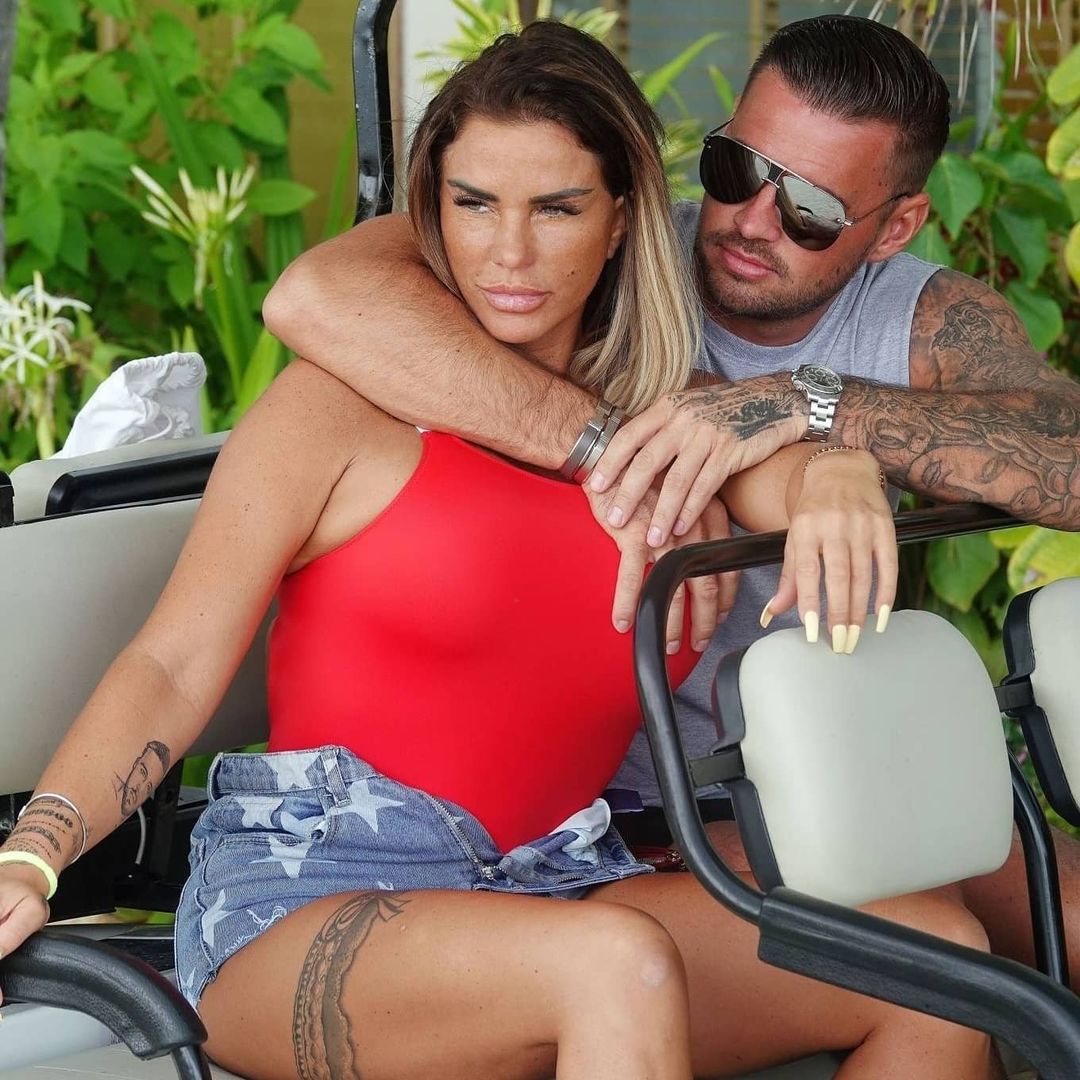 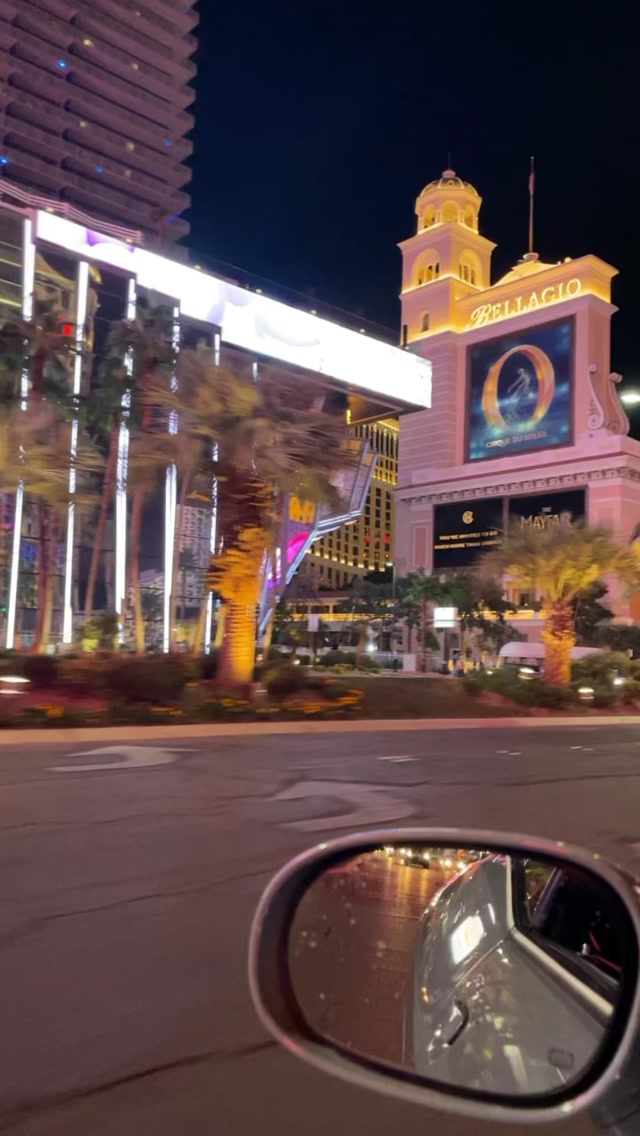 The ex-model was spotted with 'Katie Woods' written on her suitcase in pictures exclusively obtained by The Sun, with the pair wearing matching white outfits, looking tired but happy under their face masks.

A source told The Sun: "They're madly in love and want to make things official as soon as possible.

"She wants to become Mrs Woods as soon as she can."

Essex car dealer Carl, 32, also posted a video at the airport with the caption "finally home".

Carl had planned the trip in secret and surprised Katie when she left The Priory last month following her drink drive crash.

A source added to Daily Mail: "Carl has been working in secret to make this trip happen for himself and Katie…

"From the beginning of their relationship they've wanted to get married and now is the perfect time for them to make it official.

"Katie has done the big white wedding before and while this is Carl's first marriage, he wants their day together to be exactly what she's dreamed of, while he also sees the States as his second home.

"Katie was in shock after Carl told her hours before they were jetting off to Vegas and so they can finally get hitched – it's the distraction she's needed after months of upset."

They flew there on a connecting flight from New York where he had earlier taken a snap of his pint at the airport, along with an American flag, and wrote: "I'm coming back to my second home."

The pair had hot-footed it to the US just one day after the country re-opened its borders to British tourists.

But Katie walked off their first flight to Vegas after being told to put on a mask.

A friend of the mum of five told The Sun: "Katie was on the phone to her kids so had pulled the mask down to be heard more clearly. Cabin crew came over and told her she needed to wear the mask over her mouth."

Fellow passengers tweeted that Katie had been thrown off the flight after refusing to wear a mask.

But her pal said: "Not true. She chose to exit the plane as she hadn't finished speaking to her kids. She just walked off and got the next flight out. There was no big drama."

The loved-up pair had been heard discussing wedding plans by other travellers on their transatlantic flight from London.

A source told The Sun: "Both Katie and Carl seemed very excited and didn't seem like they wanted to keep it a secret."

Las Vegas is a well-known wedding destination, with many of its hotel-casinos providing marriage services and chapels.

Katie and her younger lover embarked on a whirlwind romance in June 2020, after being set up by a mutual friend.

She got engaged for the seventh time in April calling Carl her "Prince Charming".

But she is facing a possible jail sentence next month after pleading guilty to drink driving while disqualified and taking drugs after a car crash. 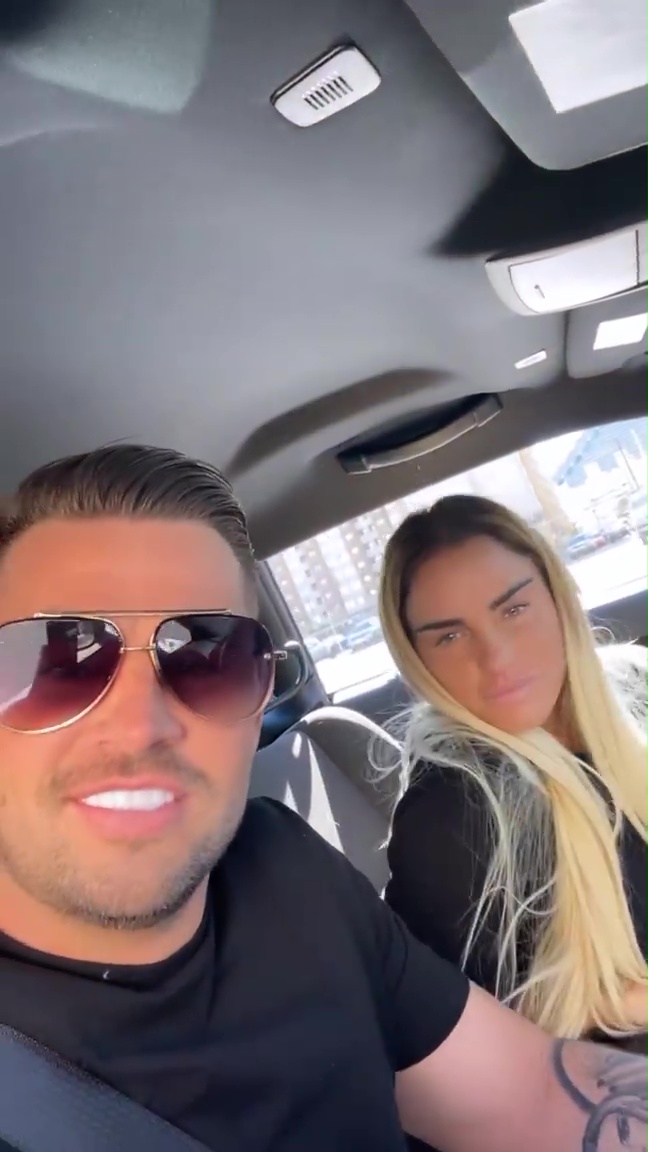