Busy Philipps claims in her new book This Will Only Hurt a Little that her co-star James Franco physically assaulted her on the set of Freaks and Geeks.

Philipps has discussed this incident in the past, including in 2011 at a Paley Fest panel, but she has now delved into more detail about their up-and-down relationship. Philipps played Kim Kelly, the girlfriend of Daniel Desario (played by Franco), and she refers to Franco in her memoir as “a f–king bully” on the set of Freaks and Geeks. “It felt like over the summer he had read Easy Riders, Raging Bull or something and had decided that the only way to be taken seriously was to be a f–king prick.”

She then writes about the time Franco “threw” her on the ground. During one day of filming, Franco apparently “kept taking” her lines, which led to the two of them being visibly frustrated with each other. “It’s not like I had that many on the show,” she writes. “I wanted my f–king line.”

They then filmed a scene where she, Franco and Seth Rogen (who played Ken Miller) had to run after a car from a rival school that had been throwing water balloons at them. What preceded him throwing her on the ground was another physical move apparently instigated by the director. She describes the scene: “The director asked me to sort of hit James in the chest as we ran after the car and say my line.”

Philipps describes what happened next. “James did not say his line in response. Instead, he grabbed both my arms and screamed in my face, ‘DON’T EVER TOUCH ME AGAIN!’ And he threw me on the ground.” 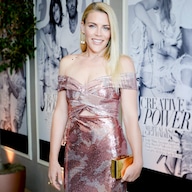 She details that she had the “wind knocked out” of her. “Immediately, I could feel the wet hot stinging of tears, but I tried like hell to suck them back in.”

After re-shooting the scene, Philipps explains that she ran to Linda Cardellini‘s trailer and “dramatically sobbed.” The Cougar Town star expected Franco to be reprimanded, but apparently all he got “was barely a slap on the wrist.”

She describes why she believes he wasn’t punished more for pushing her. “That’s how a boys’ club works,” she writes.

After the incident, according to Philipps, Franco apologized the next day on set for what occurred. “He smiled and hugged me,” she notes. “And I don’t need to tell you this, but James is a f–king movie star. He was horrible to me, yes, but he’s also gorgeous and charming as hell. That’s where the manipulation lives.” 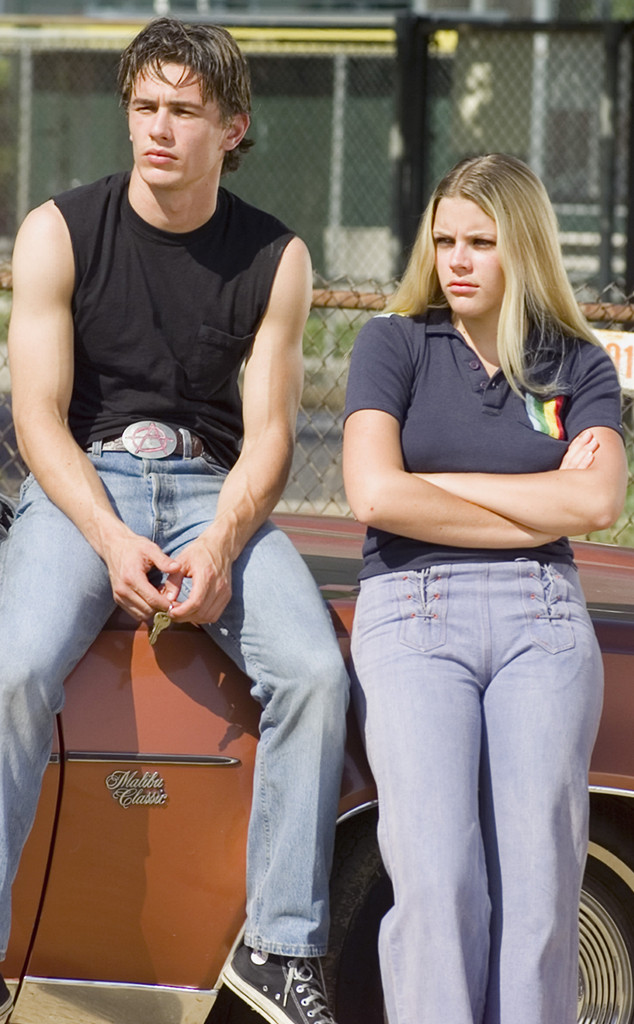 Before Philipps and Franco had their altercation, she had to slap him while filming another episode titled “Kim Kelly Is My Friend.” She writes, “James was insistent  that I really hit him as hard as I could when the characters fight in the end. I slapped him repeatedly, so hard that his skin was turning bright red. I felt really weird doing it, but at the same time, he asked me to, so I went for it…It didn’t feel right, but what did I know, really?”

Philipps also explains that she believed he didn’t think she was a good actor, which caused her to be “insecure.” She reminisces, “He treated me as if I were inconsequential, barely there.”

In 2008, The Disaster Artist star addressed his Freaks and Geeks relationship with Philipps during an interview with GQ. He said that he believed fellow co-star Jason Segal, who was dating Cardellini at the time of filming, “took [Philipps’] side and thought I was a jerk.”

He continued, “I’ll admit I was not a team player. A lot of it, I think, just had to do with being obnoxious when the camera was on someone else. Maybe I’d eat a banana in the background that would take focus away from other actors. I didn’t think about it that way, but now I could say, ‘Look, the scene’s not about me, it’s about them, just chill out, James. Don’t eat a f–king banana.'”

E! News has reached out to Franco’s team for comment.

This Will Only Hurt a Little arrives in bookstores October 16.