One member of BTS will sadly be missing when the K-pop phenomenon make their debut on tonight’s (October 12) edition of The Graham Norton Show.

The band will still perform their huge hit ‘Idol’ on the show, but without Jimin, who has been forced to pull out due to “severe muscle pain”.

In a statement shared on Twitter, BigHit Entertainment “sincerely apologised” to fans who had been hoping to see all of BTS perform and asked for their “understanding”.

“On the morning of the day of the recording, Jimin began suffering from severe muscle pain in his neck and back, and received medical attention,” the statement explained.

After a hugely successful – and record-breaking – year, BTS mania has now finally reached the UK, with the band playing a series of hotly-anticipated shows in London this week. 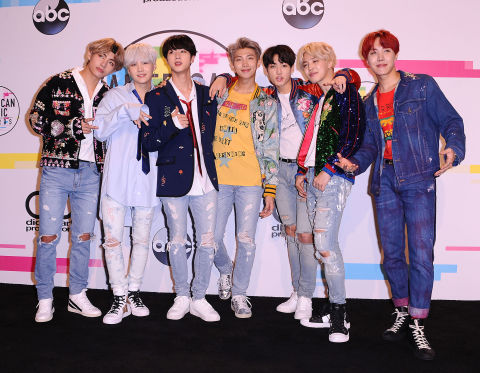 BTS – which is made up of members V, Jungkook, Jin, Suga, RM, Jimin and J-Hope – has recently become the first Korean act to enter the UK Top 40 singles chart.

Oh, and they’ve now got a movie in the works, too. We told you they were the biggest boy band in the world.