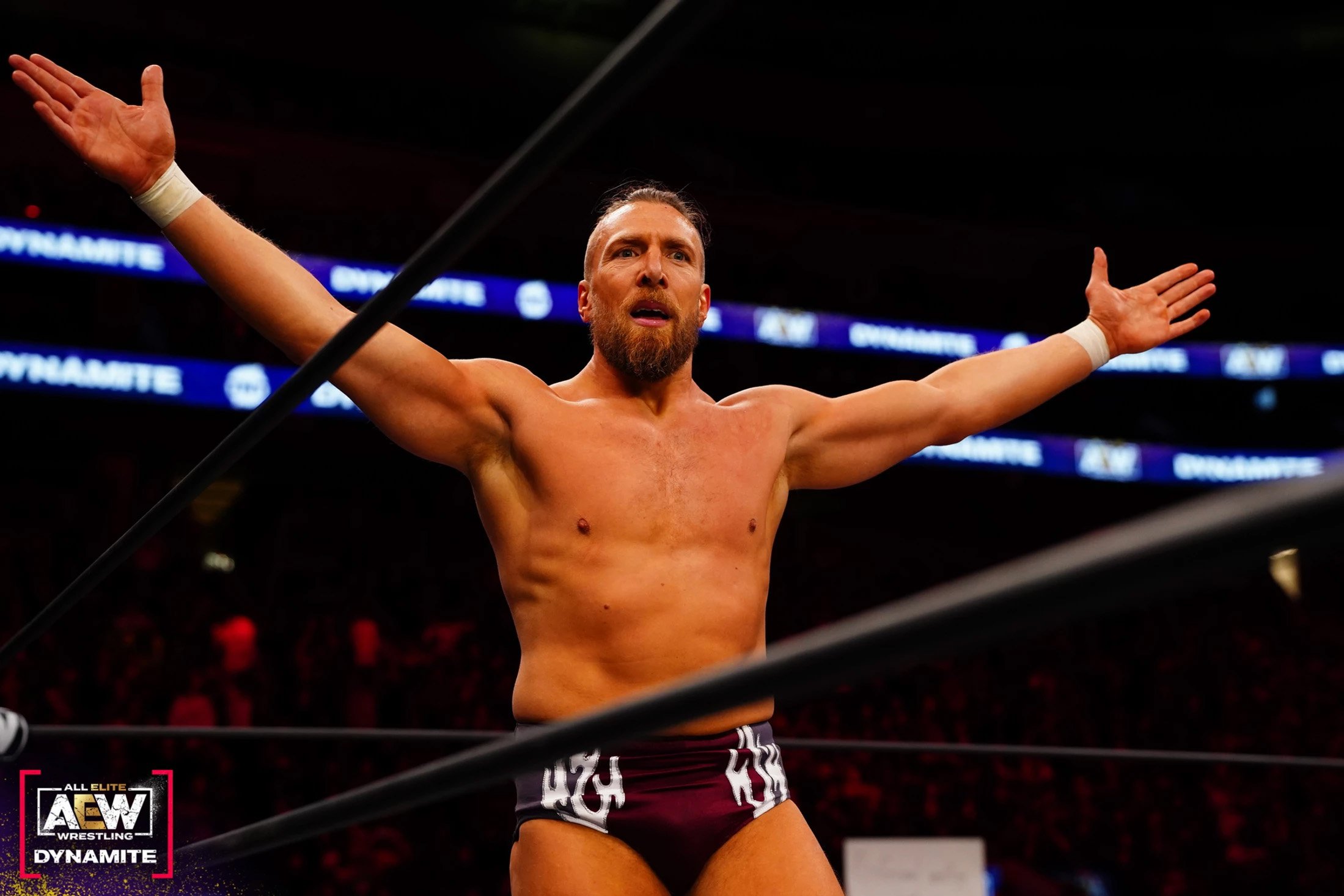 Bryan Danielson feels like he’s taken his career to another level since joining All Elite Wrestling.

The AEW star – who joined Tony Khan’s promotion in September 2021 after his WWE contract expired five months earlier – is embroiled in a fascinating feud with Jon Moxley, and he’s loving working with someone he knows very well from their time together as Daniel Bryan and Dean Ambrose in Vince McMahon’s company.

He exclusively told Metro.co.uk: ‘I feel like I’m at the highest level that I’ve ever been in my wrestling career right now. Also, I’d be interested to see if Mox feels the same way, how clear his thinking is and all stuff.

‘I think between the two of us – we have such a cool, unique history – I think it’s really cool, and the creative minds involved in this is making it really fun and special.’

Fans have noticed a difference in Bryan’s attitude and performances since debuting at AEW All Out last year as he turned back the clock to his days in Ring of Honor as the American Dragon.

It turns out, it’s all down to a change of scenery.

‘So, the intention maybe? So, the intention,’ he pondered, reflecting on how he’s changed over the past year. ‘It was interesting because I was kind of getting into a phase where, the less contract I signed with WWE I thought, “OK, this is the full last full-time contract I’m gonna sign.”

‘I might wrestle here or there, but I’m gonna focus on mostly being a dad, right? Because I love that. So, in that last period, I was like, “OK, what’s the best use of me to help going forward?”

‘I knew my contract was up at the end of April so, “OK, what is the best use of me to make this a better place when I’m gone, than it is now?” ‘

Part of that involved showcasing younger talent and helping shine a light on underappreciated veterans like Cesaro, who recently opted to leave WWE at the end of his contract.

Now, Bryan is still doing that through matches with the likes of Lee Moriarty, but the Moxley feud gives him a chance to tell a story with substance, using their history without retreading old ground.

‘I think all it is, is an interesting starting point. So, I don’t read much fiction these days, but for example, I read Game of Thrones. I started with the first Game of Thrones book when I was in high school,’ he explained.

‘If all [the sequels] did was rehash what happened in the first book, those aren’t good sequels. You have to build off something. If it’s only just a rehash going over all the stuff that happened before in your life – nobody wants to replay that, right?’

The former world champion admitted he ‘still had fun’ towards the end of his WWE run, but since joining AEW he’s found a lease of life when it comes to his performances in the ring, and his priorities as a wrestler.

‘The way I’m looking at it now is just going out and having as much fun as possible. Those are two totally different things, right,’ he laughed, referencing his previous focus on the state of the industry rather than his own work.

‘I still had fun doing it, obviously, but now there’s a real intention of joy and really cherishing these next couple of years.’

AEW Revolution airs on Sunday, March 6 at 1am on Fite TV.