Six had its best week ever, Mrs. Doubtfire was back and several new shows joined the Broadway roster last week as box office climbed a total of 23% to $34,729,295. Compared to the previous week, Broadway total attendance was up about 16% to 261,835 for the 34 productions.

The attendance figure indicates that about 87% of all available seats were filled during the week ending April 17, comparable to the week before.

Among the notable numbers: The musical Six, which resumed previews post-Covid shutdown last September, grossed $1,357,276, topping its own high-mark of $1,347,922 for the week ending December 19, 2021. Harry Potter and the Cursed Child also had its highest grossing week since resuming performances last fall, taking in $1,964,665. 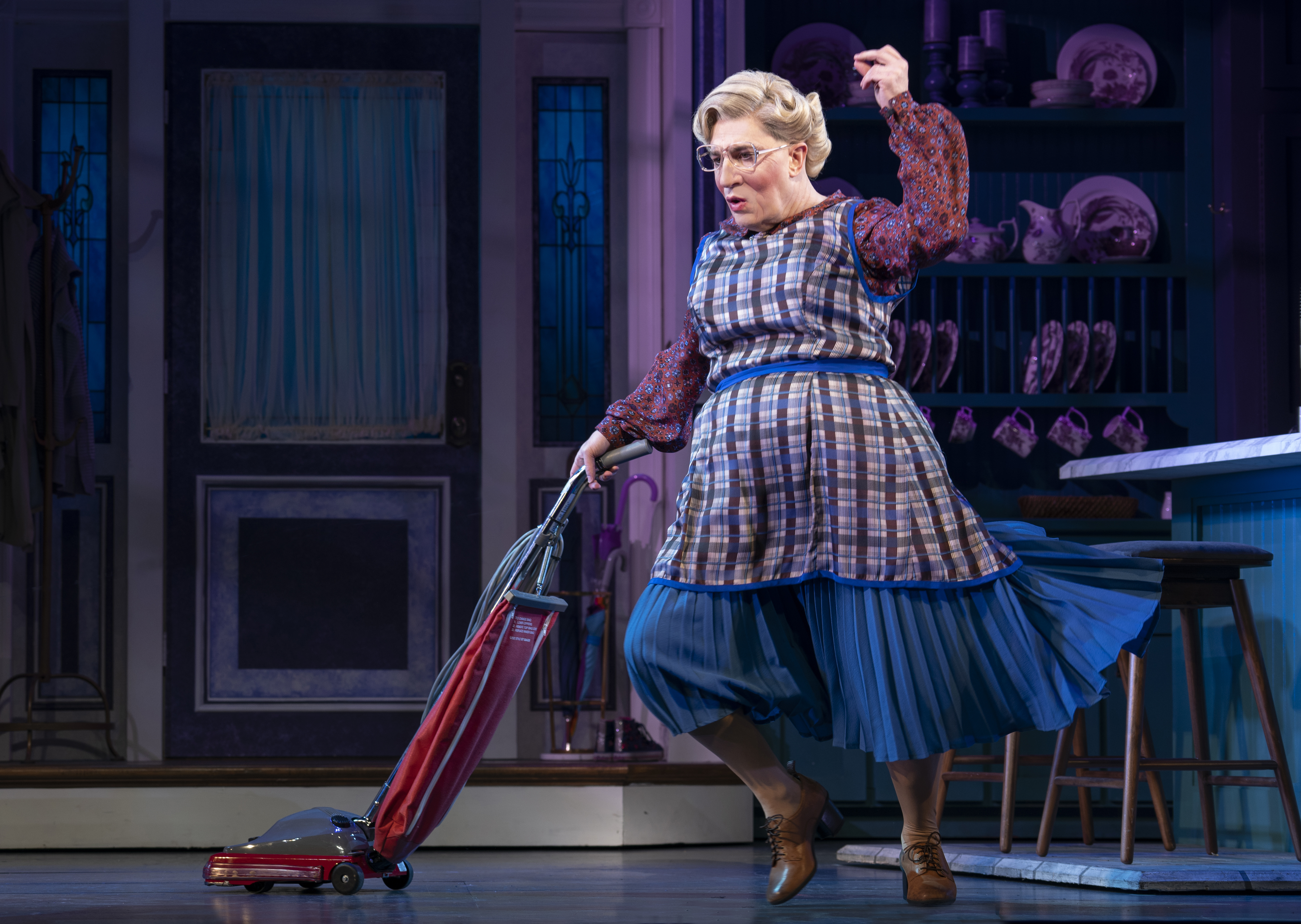 Mrs. Doubtfire, which went on hiatus at the height of the Omicron surge in January, returned to the Stephen Sondheim Theatre with six performances, taking in $528,807 and playing to a 97% capacity. Average ticket price was about $90.

Among the newcomers to the list: The Pulitzer-winning A Strange Loop began previews at the Lyceum, grossing $202,403 for four performances, at 75% capacity and with a $73 average ticket. POTUS (full title: POTUS: Or, Behind Every Great Dumbass Are Seven Women Trying To Keep Him Alive) played four previews at the Shubert to 60%-filled houses, grossing $152,727 with a modest $44 average ticket.

All performances last week of Paradise Square were canceled due to Covid.

The 34 productions reporting figures on Broadway last week were Aladdin; American Buffalo; Beetlejuice; Birthday Candles; The Book of Mormon; Chicago; Come From Away; Company; Dear Evan Hansen; for colored girls who have considered suicide/when the rainbow is enuf; Funny Girl; Hadestown; Hamilton; Hangmen; Harry Potter and the Cursed Child; How I Learned To Drive; The Lion King; The Little Prince; MJ; The Minutes; Moulin Rouge!; Mr. Saturday Night; Mrs. Doubtfire; The Music Man; The Phantom of the Opera; Plaza Suite; POTUS; Six; The Skin of Our Teeth; A Strange Loop; Take Me Out; Tina; and Wicked.

All figures courtesy of the Broadway League.

“My Goal Is The Truth’, Johnny Depp Testifies In Defamation Case: How To Watch