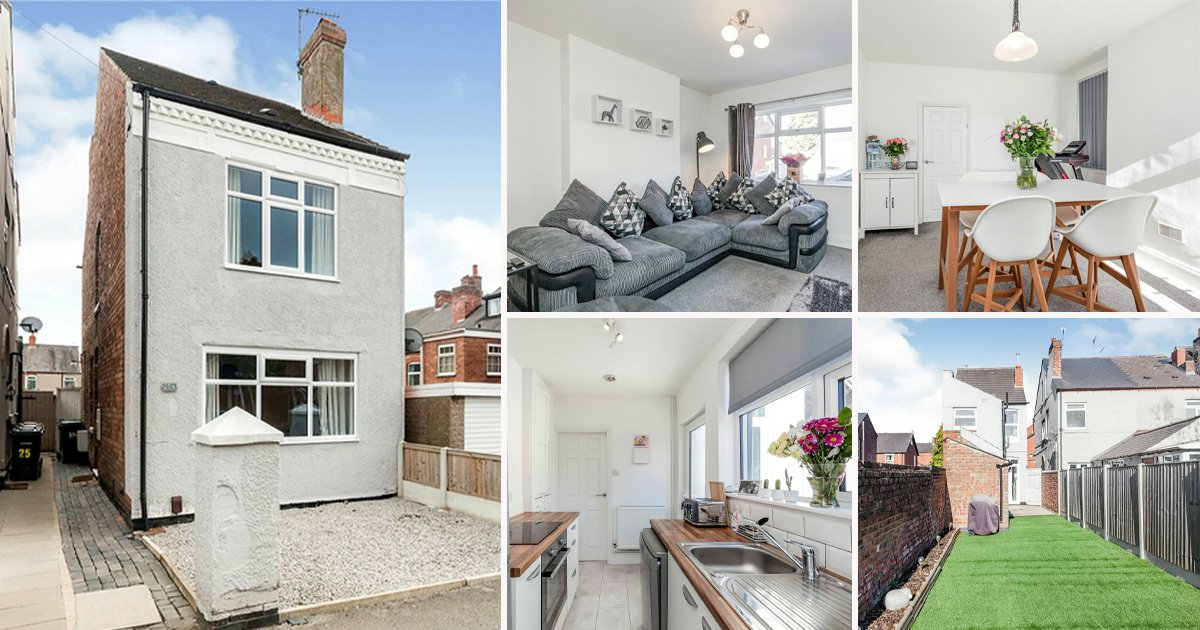 A home that’s thought to be the smallest detached house in Britain is up for sale – for £140,000.

That’s quite a bit less than the average price of a detached home in the UK, which sits at around £383,000.

But that smaller price tag matches the house’s size, as it’s rather teeny.

The two-bedroom house in Nottingham is just 12ft wide and 26ft tall.

Spread over two floors, the property manages to pack in quite a bit despite its size.

Inside is an entrance hall, two reception rooms, a snazzy kitchen, and two double bathrooms.

There’s a family bathroom suite which has a free-standing roll top bath as well as a double shower cubicle.

And you don’t need to worry too much about storage – there’s a decent amount of loft space, plus side access to a back garden and patio area.

The home was built in the early 1900s, and has been fully renovated by its current owner, who has lived there for two years.

It sits in the Eastwood area of the city, and is near schools and parks while being just ten miles from Nottingham’s city centre.

We’d also say anyone who thinks smaller things are cute will be a big fan.

There has already been lots of interest and several viewings since the home went on the market at the start of April.

‘I have sold a lot of similar-sized houses but never one that was detached like this.

‘It’s a lovely, unique property ideal for young couples or families and first-time buyers because it’s been fully modernised.

‘The owners are selling to upsize because they need something bigger.

‘It’s great value. A detached property in the area would be a lot more, between £180,000 and £240,000 depending on whether it was a three or four bedroom house and had a garage and driveway.

‘You can’t compare them to this because it’s a traditional property on a terraced street.

‘It’s like a terraced house, only there’s nothing attached to it.

‘It’s very, very nice and it’s actually spacious inside because of the high ceilings plus there’s the back garden.