Britain’s Got Talent: Show postponed until 2022 because of COVID

A statement from them hinted that a big problem was the lack of performers during lockdown restrictions and said the show won’t return until next year. It said: “Despite everyone at ITV, Thames and Syco doing their best to make it happen, and with our absolute priority of safeguarding the well-being and health of every person involved, the decision has been made to – unfortunately – move the 15th series of Britain’s Got Talent to 2022.” “BGT is known for its diversity of talent with big dance groups, wonder- ful choirs and lavish orchestras at its heart, and it has become clear that not only is it not possible to film auditions with these types of acts in a secure way but also that they are not able to adequately rehearse and prepare safely.

“Safety has to come first and, as a result, the recording of the show can’t currently go ahead as planned.”

Last week we reported how children, the elderly and anyone with underlying health conditions could not take part without compromising the safety guidelines.

Another problem was the need for a live audience. For last year’s live finals, postponed from the spring to autumn, the show used a virtual audience. But it was felt this would not be appropriate for the auditions, when so much hinges on how the audience reacts. 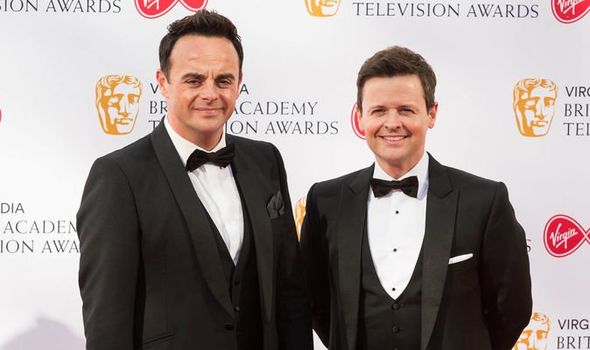 Yesterday’s confirmation means Simon Cowell, 61, will have been absent from TV screens for two years.

He missed last year’s live finals, won by comedian Jon Courtenay, because he was recovering from a broken back.

Earlier this month BGT judge Amanda Holden, who appears on the panel with Simon, Alesha Dixon and David Walliams, along with hosts Ant and Dec, said it would be impossible to make BGT without a live audience.