Mark Labbett has been keeping his social media following and The Chase fans up to date over the past year with his impressive weight loss journey. The Beast is often subject to jokes from ITV frontman Bradley Walsh on the quiz show about his stature but in 2021, he revealed he’d dropped an incredible 10 stone. And while he didn’t appear in Friday’s edition of the quiz show, he still couldn’t escape Bradley’s sights as he teased the quizmaster about his transformation.

The moment came just a few minutes into Friday’s instalment of The Chase as four new budding quizzers hoped to take home some cash.

In order to do so, however, they’d have to outrun the Chaser, who happened to be Darragh ‘The Menace’ Ennis for the final episode of the week.

But before welcoming Darragh to the table to face first player Ben, Bradley reeled off all of the quizmasters he could possibly be facing.

And when he got to Mark, Bradley quickly brought up the Chaser’s weight loss. 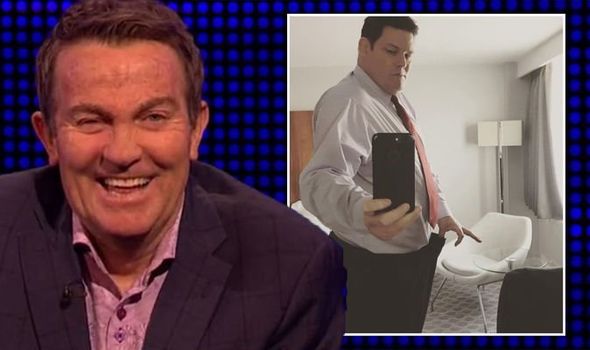 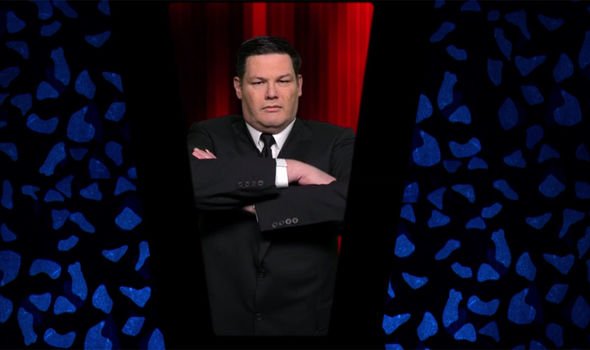 “Will it be The Beast?” Bradley began. “He’s lost weight for his holiday in France,

“It’s so he can fit through the tunnel,” he finished, resulting in chuckles from the studio.

Bradley himself also shot a look to the camera as he let out a giggle.

And Bradley wasn’t done there as he had another Mark-based quip up his sleeve when teeing up Darragh’s into. 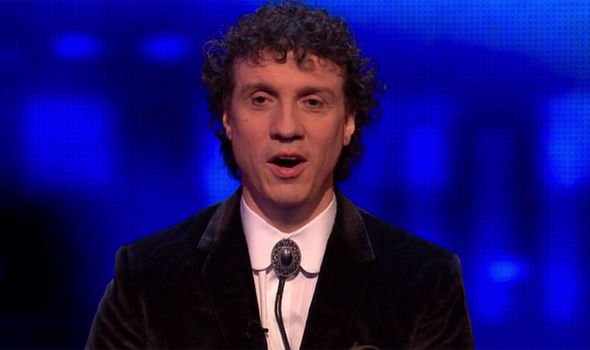 “Or is it The Menace? His microscope has found the smallest thing in the universe,” Bradley said.

He went on to joke: “It’s the gap between The Beast’s meal times.”

Of course, the moment was all in goodwill as Bradley and Mark often banter one and forth with one another with a wide range of swipes.

Speaking to Denise Welch, Stacey Solomon, Kaye Adams and Linda Robson, he said: “I’ve been mainly 25-26 stone up until before the lockdown, and the lockdown for several factors came together nicely and the weight has just fallen off.”

As well as honing his diet, Mark also revealed that chasing after his toddler son also helped with shedding the pounds.

“I just found by the end of the evening, instead of going to the fridge for a bit of late-night snacking, all I could do was collapse in a heap on the bed,” he said.

Another factor in his weight loss throughout lockdown was contracting – what he suspects – was the virus itself.

“I had suspected Covid about a year ago,“ he added to the panel.

“For a fortnight I lost my sense of taste and smell, and I just didn’t want to eat.

“As a fairly big guy, as you might imagine, the weight falls off you in that scenario. I think it almost kickstarted it.”

The Chase airs weekdays at 5pm on ITV.