When Blue Bloods premiered, fans couldn’t get enough of the Reagan family. The entire family was made of members of law enforcement and the criminal justice system, aside from Linda Reagan. Linda was a nurse while the rest of her family dealt with crime in their own way.

The Reagan family is pretty close-knit. It, therefore, came as a shock for fans to learn that Linda was killed off. Fans of the Blue Bloods nurse weren’t happy about actor Amy Carlson’s exit. She, however, landed a new role on Dick Wolfe’s FBI: Most Wanted and her character on the show is very different from Linda. 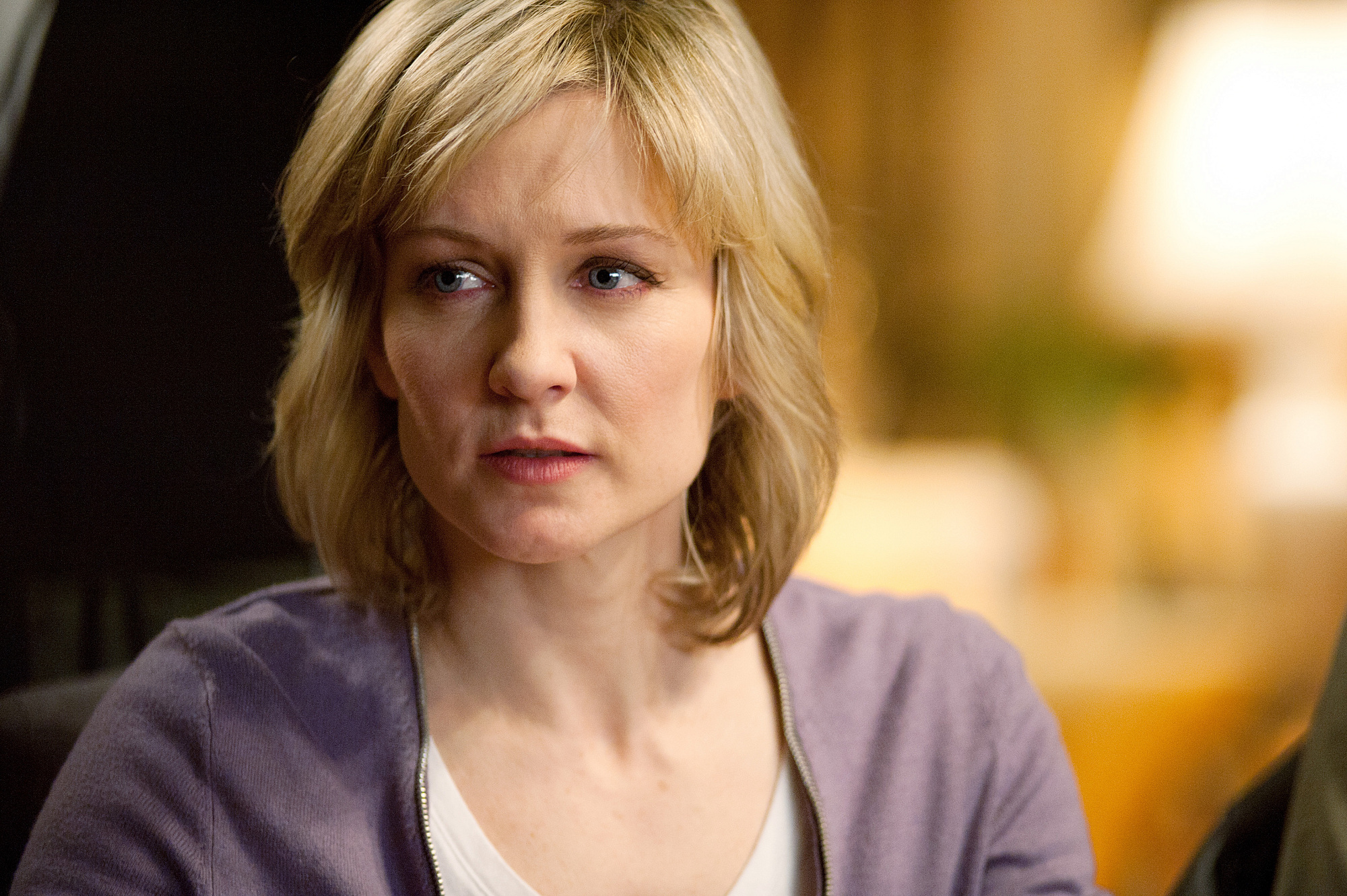 Who is Amy Carlson?

Carlson was born on July 7, 1968, in Illinois. She attended Knox College and took part in plays such as Fifth of July, A Lie of the Mind, and Noises Off. She first appeared on the 1993 soap opera Another World, which earned her a Daytime Emmy Award nomination for Outstanding Supporting Actress in a Drama Series. In 2000 she landed a role in the NBC series Third Watch until 2003. She later starred in the short-lived series Law & Order: Trial by Jury. In 2010, the actor landed a role in the police procedural series Blue Bloods playing Linda Reagan.

She held on to the role until her exit in 2017. She chose to leave her contract to pursue other opportunities. Carlson played Donnie Wahlberg’s character Danny Reagan’s wife for the seven years she was on the show.

Carlson is married to her longtime partner Syd Butler and has a daughter and son with the musician. Butler plays the bass guitar on the talk show Late Night with Seth Meyers. He also owns an independent label called Frenchkiss Records and is part of the indie band Les Savy Fav.

Carlson’s character on ‘Blue Bloods’ died in a helicopter crash

When season 8 begins, it is revealed that Linda died in a helicopter crash. Although the actual death wasn’t shown, Linda’s family is left to grieve the sudden loss. In season 9, Louis Delgado takes action against Danny by burning his house down. When Danny and the DEA encountered Delgado, he let out that the Mexican cartel had put out a hit on Linda as a warning for investigating them. Delgado confesses over the camera in his apartment, telling Danny that Linda’s accident wasn’t really an accident.

Carlson didn’t know that her character would die in the gruesome manner that she did. Nevertheless, she thanked her fans for the outpour of love and support. Carlson noted that she didn’t think her character resonated with fans until Linda’s death. Carlson’s exit shocked her costars and fans alike. Will Estes shared that he heard that Carlson hadn’t renewed her contract and respected her opinion for choosing to take a different path, creatively and professionally.

Wahlberg was affected by Carlson’s exit. He admitted that he found it hard to move on from Linda’s death both as an actor and her co-star and friend. Wahlberg said that he and Carlson still keep in touch.

After leaving Blue Bloods in the seventh season, Carlson seems to be making a return to CBS with Dick Wolfe’s FBI: Most Wanted, as reported by The Pioneer Woman. Carlson landed a recurring role on the series as the veteran bounty hunter Jackie Ward. Although Jackie is good at her job and a force to reckon with, she is “a thorn in the team’s side.” Carlson’s character is narrated to have crossed paths before with Julian McMahon’s character Jess. Jackie’s past relationship with Jess likely spells drama on a whole other level, but fans will have to wait for Carlson’s debut to find out. It’s clear Carlson has range, and that her new role is miles away from medical professional Linda Reagan.