Even though Harbour’s part in Black Widow has given him greater mainstream recognition, he’s arguably most well-known for his role as Jim Hopper in Netflix’s Stranger Things series. On Stranger Things, he frequently shares the screen with Winona Ryder, who is a distinguished actor in her own right.

Because both Harbour and Ryder take very serious approaches toward acting, the two of them bring an undeniable authenticity to their on-screen performances. They dive deep into their emotions on set, and this frequently ends with them genuinely getting angry with each other while filming their scenes together. 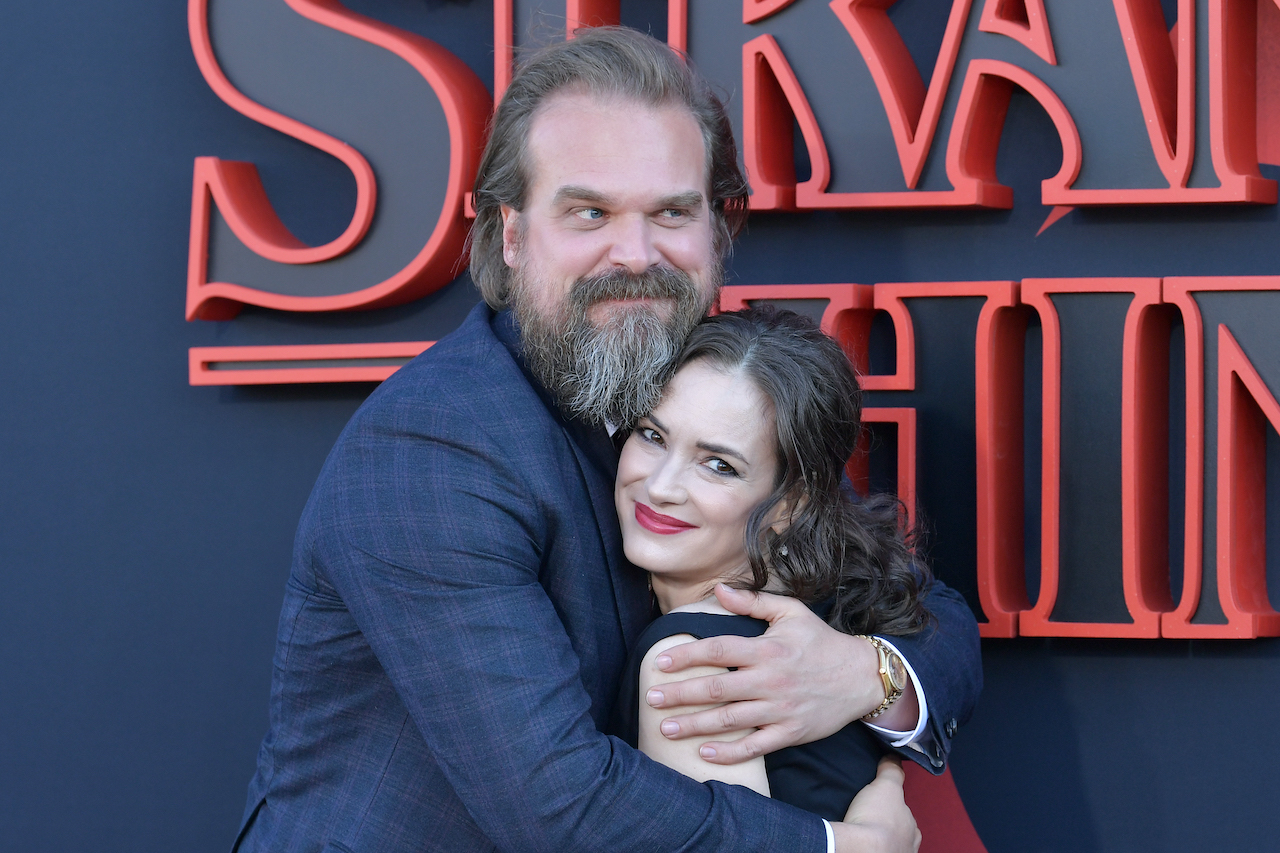 Harbour discussed their acting process during a recent interview with Hot Ones.

“For acting to happen, and for it to resonate in a real way — I think the reason why you go watch a movie and you’ll be like, ‘Ooh, that was good,’ or ‘That’s cheesy, it doesn’t do anything for you,’ is because actually, drama happens. And the only way drama happens is if two people actually experience something real together,” Harbour said.

Harbour then explained that in order for him and Ryder to convince audiences that the on-screen scenarios are true, they have to be willing to insult, hurt, or offend each other in a way that feels real.

“So in a sense, you have to bleed a little bit. The construct of character only exists on the page, and in your mind, and in the structure of the piece. What exists on the screen is David and Winona. Theoretically at its best, dramatically, is when David and Winona are actually mad at each other”

He thinks most actors nowadays are afraid of on-set conflict

Harbour find’s Ryder’s willingness to match his emotions refreshing, because many of today’s actors and crews are afraid to get into situations that could potentially cause dissent amongst each other.

“A lot of work nowadays, I feel like people don’t like that as much. Everybody wants everybody to get along, and I feel like there’s some danger in that interaction.

Harbour never has to worry about Ryder holding back, as she’s always willing to fight with him if it means they’ll deliver a believable performance.

“So what I find with Winona [is] she knows that beauty comes from mess. The lotus grows from the mud, right? So let’s sling some mud at each other. She’s very willing to do that, and I’ve found it harder and harder, in a certain way, to find people who are willing to do that.

Season four of Stranger Things is currently in production, but a release date has not yet been confirmed.