The 40th edition of Outfest is underway in Los Angeles after a rousing opening night with Billy Porter, who unveiled his new film and teed off on the Supreme Court while accepting the LGBTQIA+ festival’s top honor.

“Fuck SCOTUS!” Porter declared to cheers from the audience at the Orpheum Theatre. Alluding to the Supreme Court’s recent decision overturning Roe v. Wade and the prospect the court might revisit other rulings that okayed same sex consensual sex and same sex marriage, Porter said, “We worked too hard for our progress and we ain’t going back.”

Calling that portion of his speech a “soapbox moment,” he also spotlighted the January 6 hearings examining former President Trump’s role in the Capital insurrection. “None of you Republicans who are coming forward in these hearings right now are heroes,” he remarked. “You agreed with everything he [Trump] did until January 6, until his cult followers came for ya’ll. You are not heroes. Fuck ya’ll too.” A member of the audience shouted encouragingly, “Preach!” 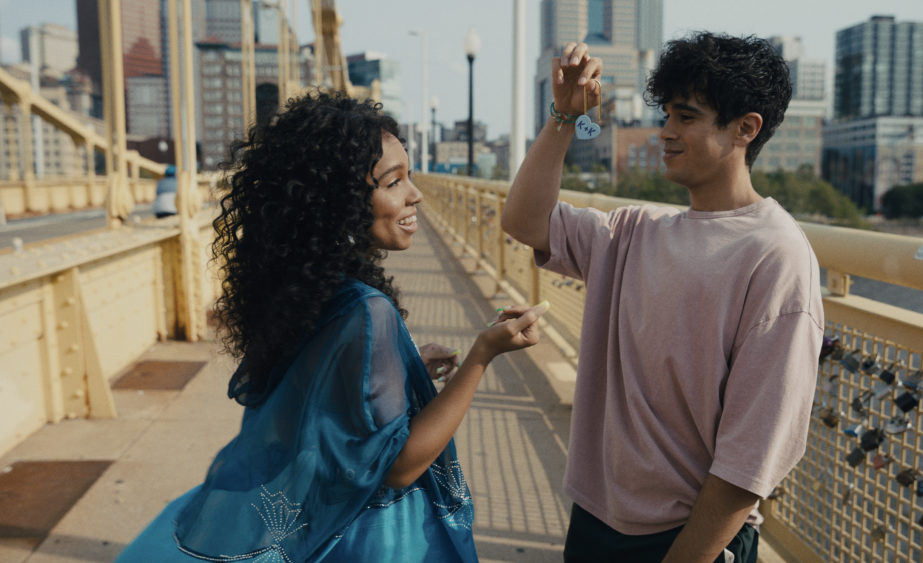 Porter makes his directorial debut with Anything’s Possible, a rom-com that centers on a Black trans high school senior and her budding romance with an Arab-American boy. Eva Reign and Abubakr Ali, who play the leads in the film, presented Porter with the festival’s highest accolade, the 2022 Outfest Annual Achievement Award. He used the occasion to urge those on the left to avoid complacency.

“Our messaging has to change. We thought we won something, the Democrats, the progressives. We got civil rights, we got Roe versus Wade, we got marriage equality, we got all the rest. We got a Black president. And then we all sat on our asses and ate bonbons for eight years and then the unthinkable happened,” he said. “We’re a part of it too. Frederick Douglass said ‘Eternal vigilance is the price of liberty.’ We lost our vigilance. It’s time to get that shit back.” 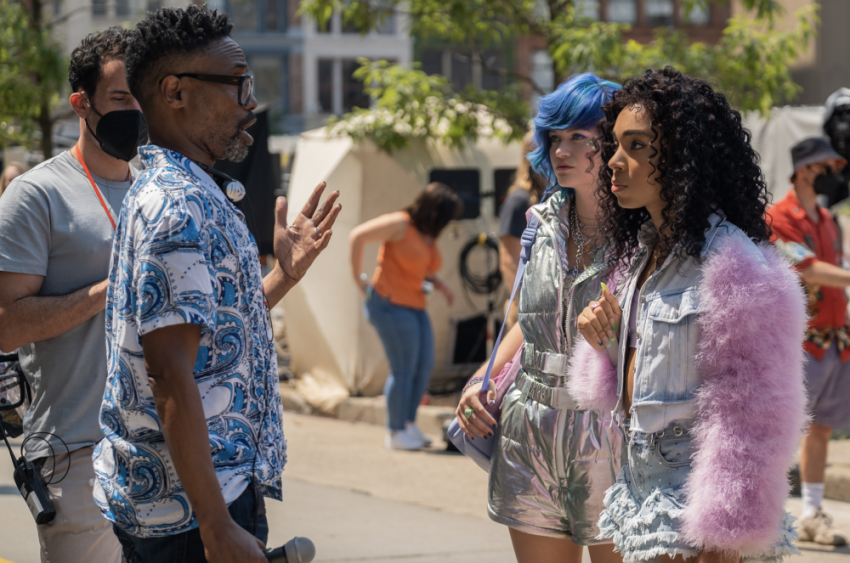 Continuing his analysis, he said, “Our 24-hour news cycle has forgotten to illuminate that the reason the pushback [from the right] is so severe in this moment is because the change has already happened. We’re already here. Look at me, look at this movie, look at ya’ll! A celebration of trans joy centered on a Black empowered transgender high school senior who has the cutest Arab Muslim boyfriend and has the audacity to demand respect for her humanity.”

Before his political commentary, Porter shared a deeply personal account of his pilgrim’s progress through the entertainment industry, mentioning an appearance on the New York stage in the 1990s in a role that didn’t showcase the full range of his talent.

“How was I going to get from playing a Teen Angel on Broadway in the 1994 revival of Grease,” he said, “with 14 inches of orange rubber Dairy Queen hair atop my head prancing around like a Little Richard automaton on crack, how was I ever going to be taken seriously as an artist?”

Around the year 2000 he moved from New York to L.A., but said he didn’t find a warm welcome in Hollywood. 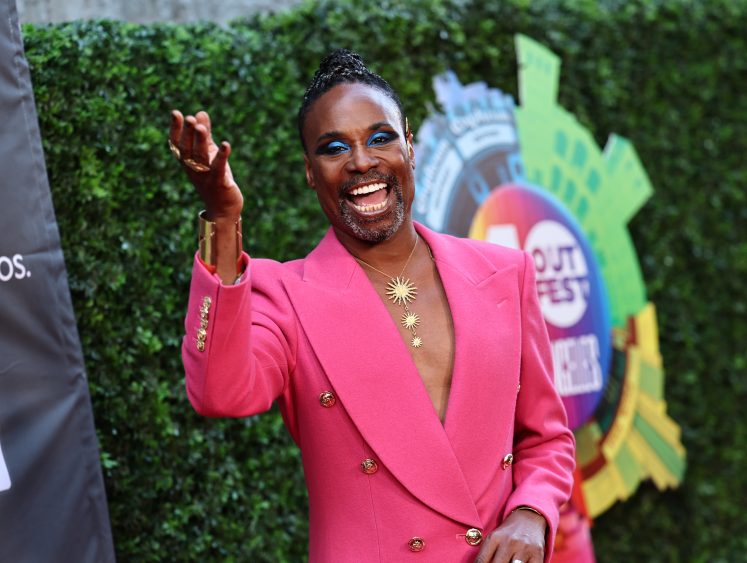 “I quickly realized that [neither] the industry nor the world was ready for all this Black boy joy,” he recalled. “I can count on one hand the number of auditions I had in the almost three years that I lived here. My pigeon hole was quite severe. If the description of a character didn’t begin with ‘flamboyantly…’ I was not considered. And then after the audition I would consistently hear feedback that I was too flamboyant and the role would be given to a straight actor.”

Reflecting on that earlier time, he said, “There was no internet. There was no social media telling me that I have my own voice. As a matter of fact, the message I received from the world was exactly the opposite: ‘Shut up, you Black f****t, nobody wants to hear from you. Nobody cares.’ And even as the stories in the market were expanding and queer narratives were beginning to emerge, they were always pretty much from the white male perspective… There was a void and it was time that that void be filled. And I challenged myself to dare to fill it.”

But he would face more hurdles before fulfilling that goal.

“My biggest challenge in my over a decade long journey to find my own voice was in the year of 2007. In February of that year, I was diagnosed Type 2 diabetic. By March, I was filing for bankruptcy, and by June, I was diagnosed HIV positive. And there it was, what I had feared the most. I had become the exact statistic the entire racist and homophobic world said I would be,” he said. “This was the moment, my come to Jesus moment. Would I choose life anyway?”

He chose to keep going. A breakthrough arrived with the 2013 musical adaptation of Kinky Boots, which won Porter a Tony Award. The following year the show’s cast album earned him a Grammy Award. Then in 2018 Porter became a household name in the FX series Pose, memorably playing Pray Tell, the emcee of New York’s underground ball scene. It earned him an Emmy in 2019. 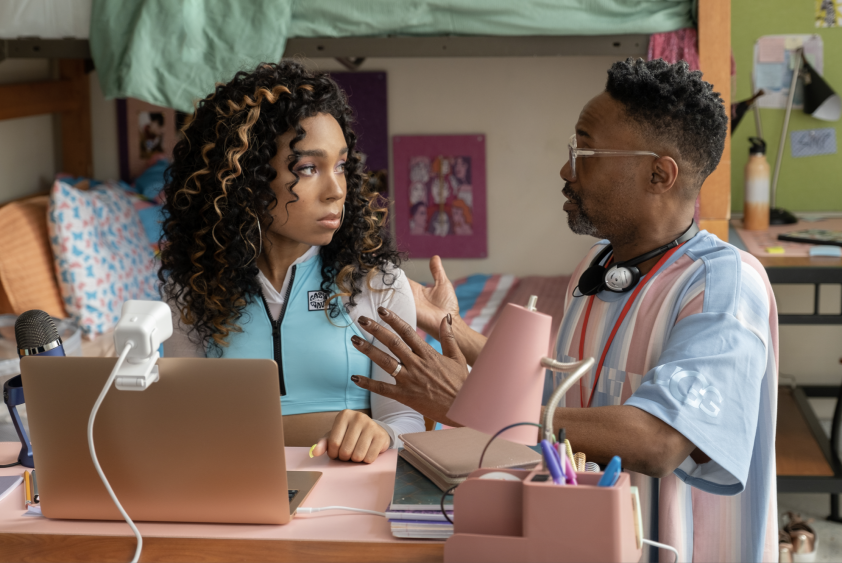 “So the Tony came, the Grammy came, the Emmy came. And now this, here, at the opening of my directorial debut,” he said, before referencing the title of his film. “Anything truly is possible.”

Porter spoke with Deadline on the red carpet before accepting his Outfest Award, comparing Anything’s Possible to John Hughes-written films like Sixteen Candles and Pretty in Pink, which Porter first saw decades ago.

“As a Black gay man, while I was really inspired by John Hughes, I had to superimpose myself onto those characters that I felt camaraderie with, because they were all white,” Porter said. “[Anything’s Possible] takes the genre and inserts people that look like what the world looks like today. And that’s fabulous.” 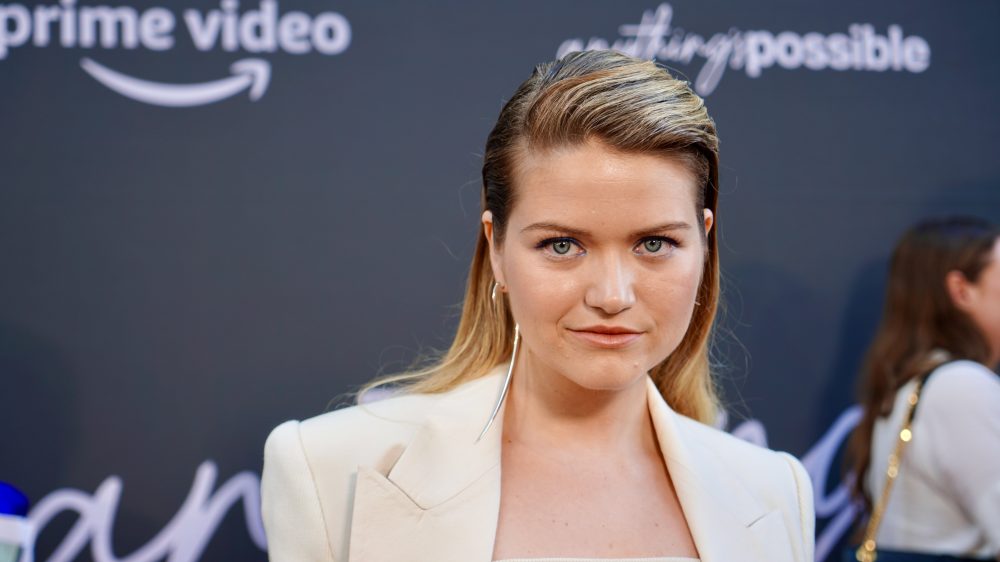 “It was one of the best experiences I’ve ever had working with a director,” said Kelly Lamor Wilson, who plays blue-haired spitfire Chris, a friend of Kelsa. “He’s an actor’s director and he also set this tone from the get go of, ‘We are family and community and I’m here for you. There’s no hierarchy.’”

“He makes sure everyone feels seen and heard,” Reign said of Porter. “He also wants to make sure that everyone is having fun on set. I mean, I was just having a ball.” 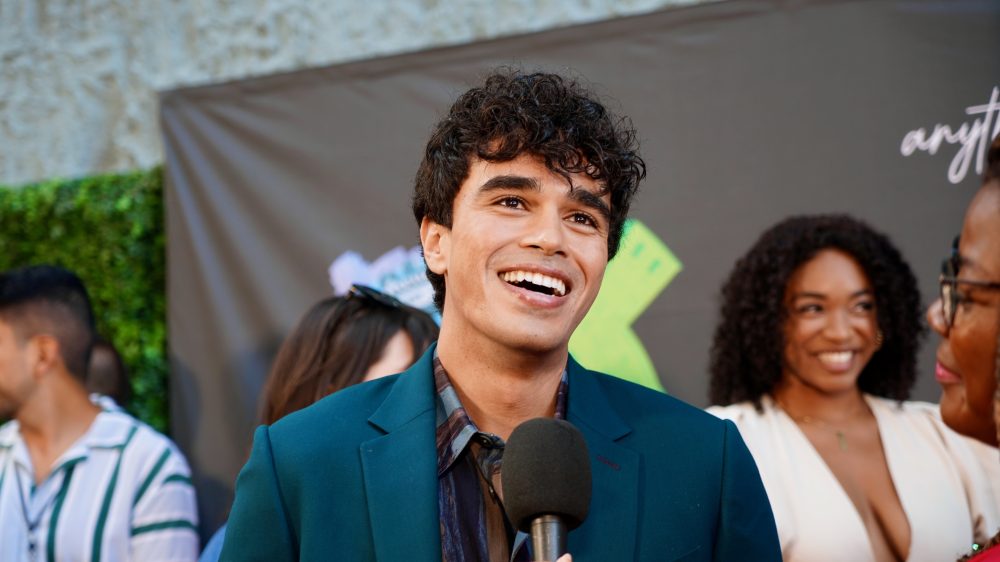 Ali, a graduate of the Yale School of Drama, has appeared on a number of recent TV series, including The Walking Dead: World Beyond.

“As an actor, you want a director who kind of gives you a space to play within and tosses you in and trusts you to play within that space,” Ali told Deadline. “Billy really did that. For me, he gave me so much trust with this character.”

“The script itself is something that we were really drawn to, the fact that Ximena has just created this beautiful story,” Navarro said. “I’m so excited that Billy found this film, brought it up to the level that we know Billy can and put together a wonderful story that I think not only the nation but the world is so desperately needing right now.”

‘Love Island’ Producer & Narrator Lift The Lid On UK Season 8 Ahead Of The Show’s U.S. Return 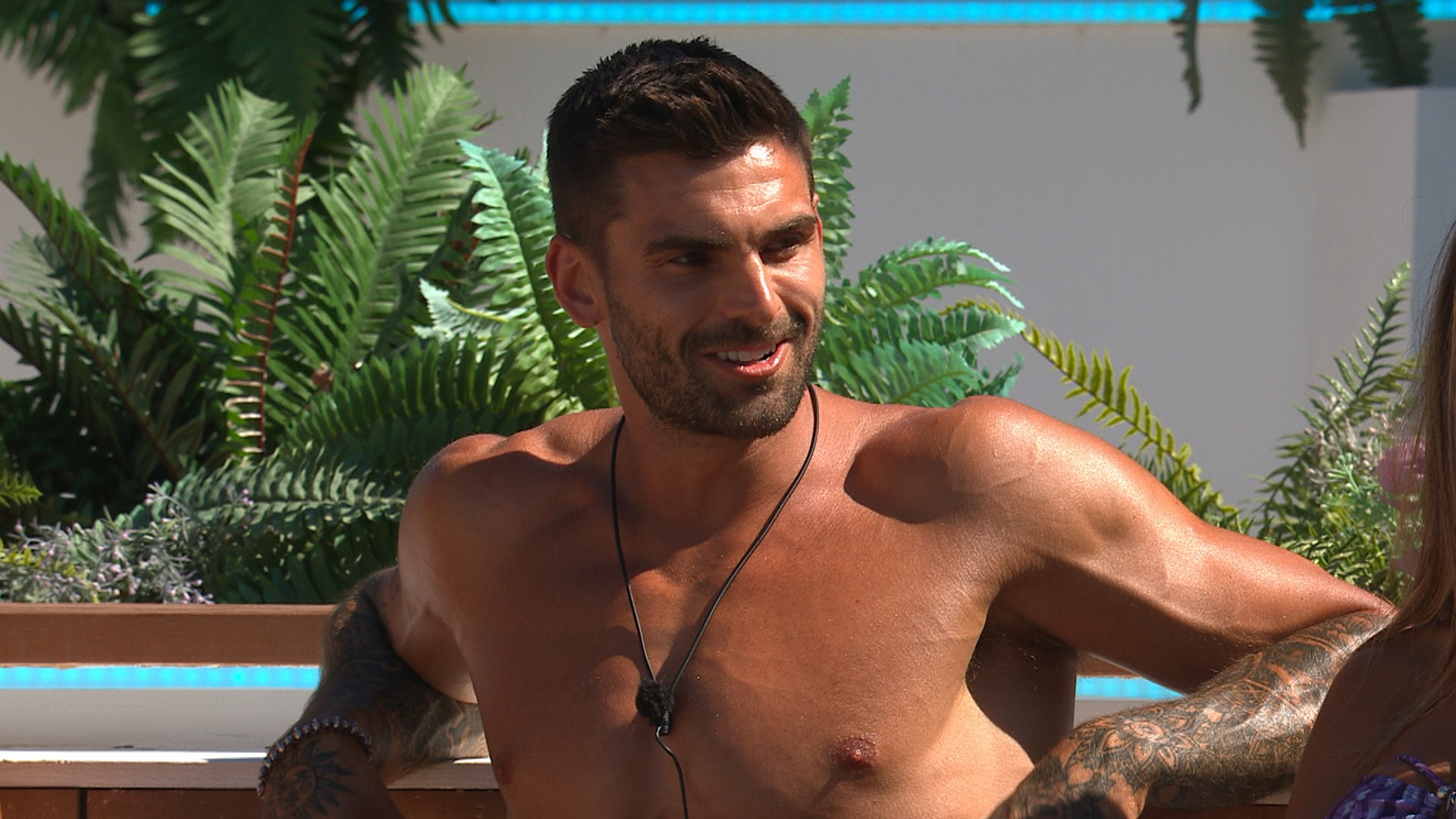 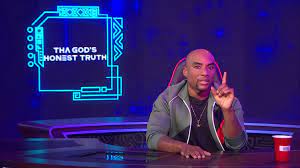