Who plays the new Sheriff Beau Arlen in ‘Big Sky?’

Viewers probably remember Ackles as Dean Winchester in the CW’s Supernatural. He portrayed Dean from 2005 to 2020 alongside Jared Padalecki, who portrayed Sam Winchester. Ackles reprises his role as the narrator in the prequel series The Winchesters, currently in development at the CW.

What role does Jensen Ackles play in ‘Big Sky’ Season 2 and 3?

In Big Sky Season 2, Sheriff Beau Arlen steps out of retirement from law enforcement to help out his old friend Sheriff Tubb. Although Jenny feels she can handle the station while Tubb is out of commission, Arlen comes to town anyway. Arlen comes from Texas and quickly realizes that Jenny and Cassie are in charge.

“Later, with Tubb out of commission for the time being, a new sheriff comes to town,” the ABC press release for the Big Sky Season 2 finale reads. “And after getting fully acquainted with Cassie and Jenny, it seems like he may just stick around for a while.” 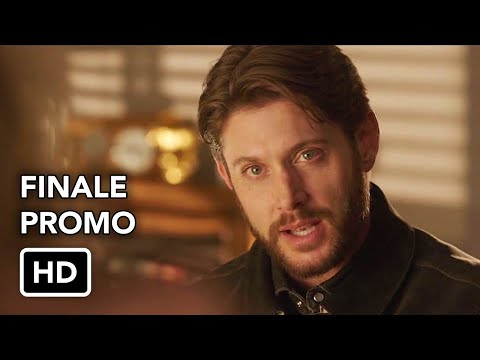 In addition to starring in Big Sky Season 3, Jensen Ackles joins the cast of The Boys Season on Prime Video. After starring in Supernatural for 15 seasons, Ackles wasn’t interested in a break. In an interview with TV Insider, the star admitted that he wanted to keep busy and discover what was next for him. So, he approached his Supernatural boss Eric Kripke for a role in The Boys Season 3. However, they didn’t hire him very easily.

“[Kripke] said, ‘Look, this role is on the radar for a heavy Season 3 appearance, and they’re looking at a shortlist of names.’ And I’m like, ‘Well, where am I on that shortlist?’ And he said, ‘You’re not on it,’” Ackles recalls.

“Then he read me a few of the names, and I was like, ‘No, I wouldn’t be on that list!’” he continued. “So, this wasn’t something where Kripke just called and said, ‘Hey, come on over.’ This was something I had to fight for, and luckily it worked out.”

Catch Jensen Ackles as Sheriff Beau Arlen in Big Sky Season 2 on May 19. Then watch Ackles in The Boys Season 3 when it premieres on Prime Video on June 3, 2022.