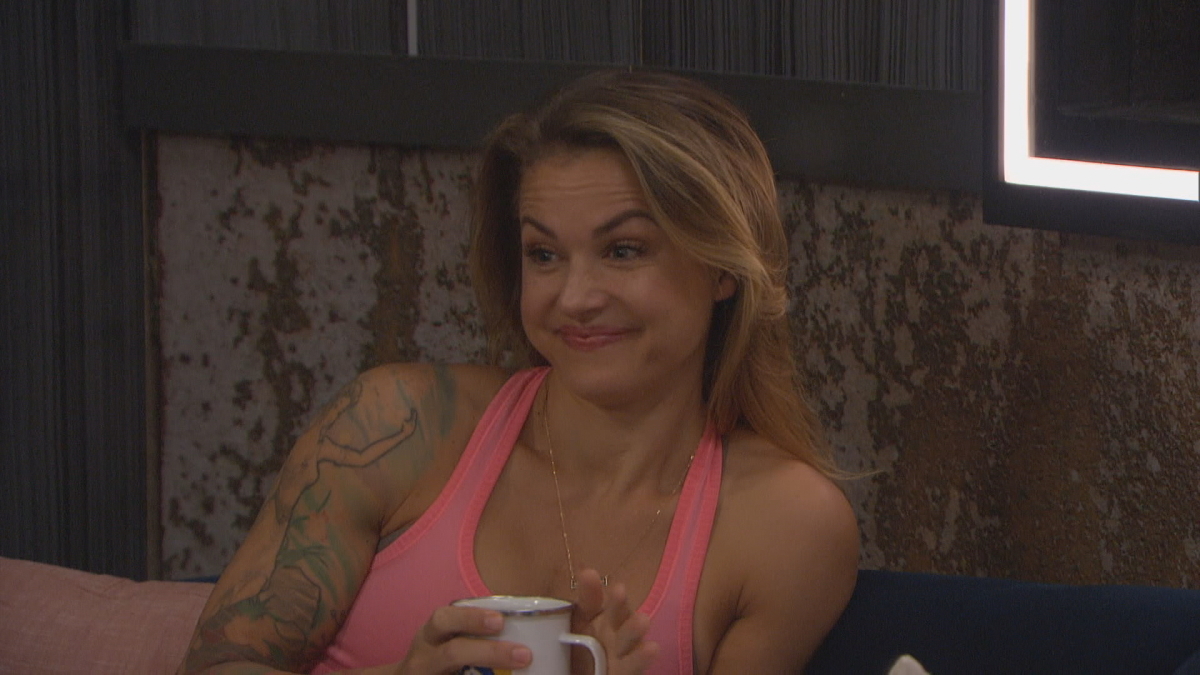 The Big Brother All-Stars cast is always good for some drama. This time it is because Christmas Abbott called Da’Vonne Rogers the wrong name and never corrected herself.

While speaking about Da’Vonne getting evicted, Christmas referred to her as Dominique. That comment is not sitting well with a lot of people who have been viewing the clip.

Christmas was originally on the Big Brother 19 cast with Dominique Cooper, who she did not get along well with.

In the clip shared below, Christmas is talking about how she should have found a way to drag Daniele Donato before Da’Vonne got sent to the jury house.

As we all know, Dani was also a key person behind the lie that Nicole Franzel was trying to push about the eviction vote. Dani was right there with Nicole, pushing Da’Vonne to believe that it was David Alexander who had been lying to her.

In the clip, Christmas can be seen and heard saying, “I really wanted to find a way to tell Dominique that Dani had also flipped on that vote or encouraged Nicole to flip.”

Was it an honest mistake or something worse?

There are people taking sides on this issue, and it has become something else divisive for viewers of the show to debate. Some people feel that it was an honest mistake because the current girlfriend of Memphis Garrett is also named Dominique.

Other fans are not convinced, stating that both Dominique from BB19 and Da’Vonne from BB22 is African-American, and Christmas combined them into one woman in her mind.

Those posts shared above are some of the kinder ones. Many Big Brother fans have become extremely frustrated with what has been going on each week in the house.

Having a minority or two minorities nominated for eviction every single week of the season is starting to wear people down a bit.

We already have some Big Brother spoilers about what will likely happen at the Nomination Ceremony this week. A new Head of Household is in power, and they will soon be putting two people on the block.

The nominees this week may be in danger, but so are other people in the house, because the first-ever Triple Eviction will be taking place on October 1.

It should provide a lot of excitement for CBS viewers as it might not be very predictable.