Below Deck charter guest Charley Walters has apologized to fans for his behavior on the show and cleared up rumors he is a Bravo producer.

The controversy surrounding Charley and friends that kicked off Below Deck Season 8 is still going strong. Their group was obnoxious, demanding, and over the top with the My Seanna crew.

Fans have expressed their outrage towards the guests despite Charley insisting Bravo producers wanted the group to behave that way.

Even crew members are coming to Charley’s defense. Most recently Elizabeth Frankini, shared an Instagram post setting the record straight on the crew and charter.

Captain Lee Rosbach made it clear that Charley and his friends are welcome on any yacht the captain commands. Rhylee Gerber and Kate Chastain have also spoken out with nothing but love for Charley.

Charley has a message for fans

The charter guest has been active on social media since his group debuted on Below Deck. Charley attempted to clarify his actions and behavior after each episode aired.

Charley used Elizabeth’s positive message to apologize to viewers after thanking Elizabeth for her kind words.

“I was disappointed in myself when I saw the whole story taking place, and I do apologize for the actions viewers saw,” he wrote in part of the comments section of her post. 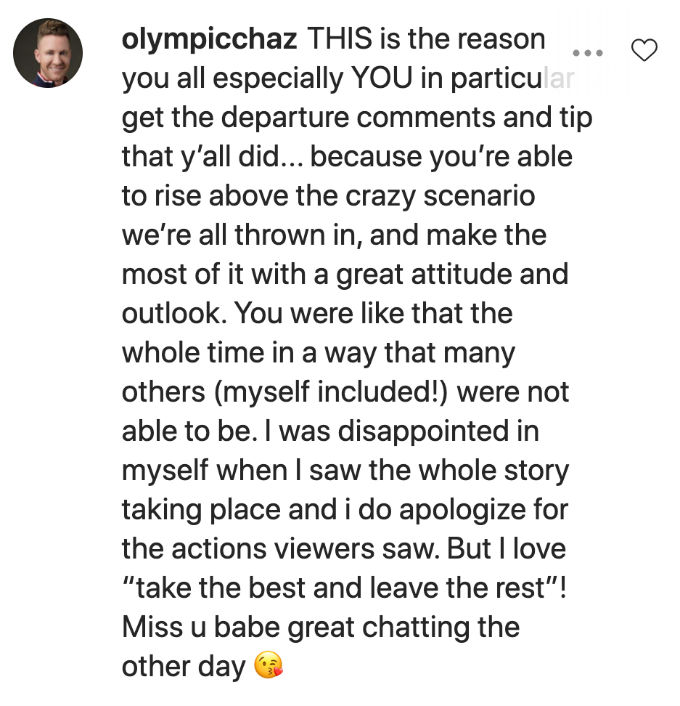 Is Charley a Below Deck producer?

The social media rumor mill has been buzzing that Charley is a producer on Below Deck, which is why he has been asked back three times.

Charley recently cleared up several misconceptions about himself. One of those was the producer rumor. Online reports have confirmed Charley is not a producer on the yachting show.

It was a far reach that Charley was connected to the show other than as a guest. However, his relationship with Bravo got fan speculation assuming his appearance on Below Deck was a setup.

The truth is Charley has worked with Bravo for years. He has been an Olympic correspondent for the network. Plus, Charley was featured on the short-lived Friends to Lovers and commanded the Watch What Happens Live bar for Andy Cohen back in the day.

Viewers continue to bash Charley Walters for his Below Deck behavior, despite his insistence that it was all for the show. Drama and crazy antics are two of the main reasons fans continue to tune into the hit show each week.

Season 8 is heating up. Based on a recent preview video, there are a lot more OMG moments to keep fans entertained.

Below Deck airs Mondays at 9/8c on Bravo.