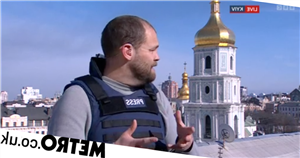 BBC Breakfast presenter Naga Munchetty cut an interview short with a reporter in Kyiv when a loud bang was heard in the background as a matter of ‘safety’.

On Saturday morning, Charlie Stayt and Naga were speaking to the BBC’s Kyiv correspondent James Waterhouse when they heard concerning noises off-camera as the Russia-Ukraine war rages on.

James was speaking to them from Ukraine’s capital city Kyiv, talking about buildings that had been ‘reduced to rubble’ and speculating over whether Russia intended on bringing in a new government in the country Vladimir Putin had invaded with his forces.

He was then interrupted by a startling sound, jumping in shock before calmly continuing to speak to Charlie and Naga in the BBC studio in the UK.

‘This is what is murky. See that’s not clear what that rumble was. We don’t really know what it sounds like,’ he remarked.

While James appeared intent on continuing with the interview, Naga stepped in to say that she thought that they should bring their conversation to an end for the reporter’s safety. 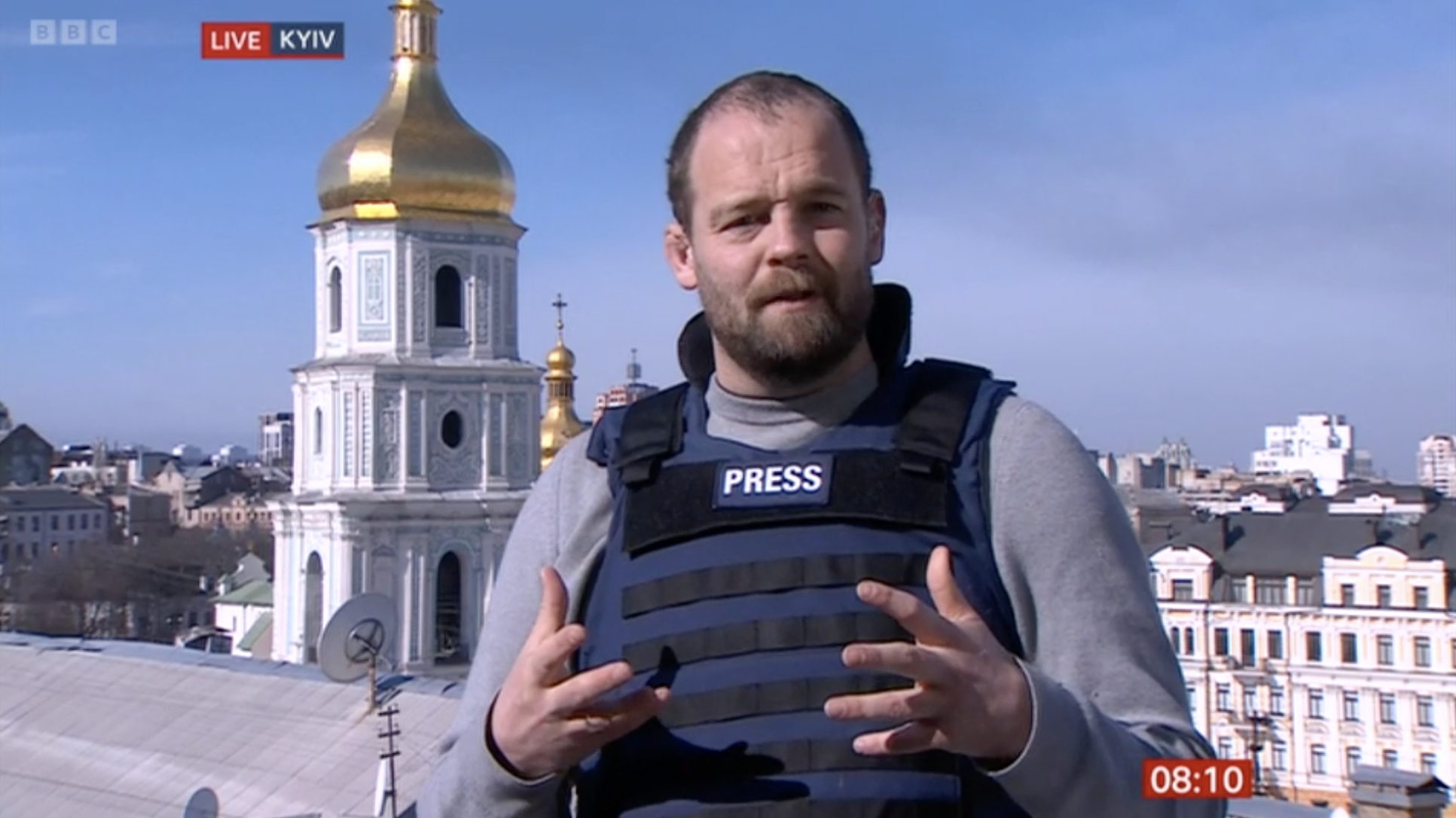 ‘I think what we should do is say goodbye at this moment in time just for your safety as well,’ she said.

‘James Waterhouse, thank you so much for the reporting you and the team are bringing us. Take care.’

About 10 minutes later, the co-hosts were speaking to another reporter from the city of Ivano-Frankivsk in Western Ukraine when they learnt that air raid sirens had gone off.

Charlie similarly said that he thought they should bid the reporter farewell so that she could head to a safe area.

James shared a picture on Twitter shortly after the interview on BBC Breakfast, saying that it was a ‘strange feeling’ in the Ukrainian city on a ‘beautiful morning’.

‘A strange feeling in Kyiv. A beautiful mild morning. Continued rumbling to the north, yet roadworks in the next street,’ he wrote.

BBC Breakfast airs from 6am on BBC One and BBC iPlayer.