THE BBC has promised to move key jobs out of London – but its high-paid talent on Radio 1 have nothing to worry about.

The station’s daytime presenters, including Clara Amfo, Nick Grimshaw and Scott Mills, have been told by bosses they will be staying in the capital.

The assurances, which appear to be against the plans set out by the corporation’s director general Tim Davie, are due to fears that the best- known presenters may well walk if faced with the prospect of having to move away from London.

But it is a kick in the teeth for the lower-paid staff at the station’s news team, Newsbeat.

They face the prospect of upping sticks and having to relocate to Digbeth, near Birmingham, if they want to keep their jobs.

The Beeb is desperate to keep its top talent in-house, with Clara — Radio 1’s only female and non-white daytime presenter — believed to be one of the biggest concerns.

After her stint on Strictly Come Dancing last year, she is in huge demand both within and outside the BBC.

It is anxious that the presenter could easily leave for other lucrative offers if she is not taken care of, so has assured Clara, Nick and Scott that they are safe.

A BBC insider told me: “The news that one daytime show on Radio 1 would be moving outside of London obviously ruffled feathers.

“The hosts have all been on the station for several years in London and no one wants to have to give up their homes and friendship groups to move across the country.

“Bosses have been quick to assure them they are not going to ask anyone to move, in fear they could lose some of their most beloved BBC talent.

“The thinking is that at some point someone will naturally leave and that job will be replaced outside of London.

“But bosses certainly want to be careful about scaring anyone away.

"Newsbeat is being made to move while the presenters, who were already on way more money, are getting cushty treatment.”

On the prospect of Clara jumping ship, a second insider said: “Clara has proved herself to be a real superstar and Radio 1 bosses consider her to be key to the future of the station.”

Last night, a Radio 1 spokesman said: “Some of our regular live mainstream shows will come from across the UK in the coming years, moving them closer to different audiences.

“The shows are yet to be identified and we will work through the locations as part of our plans.”

Tony has a ball 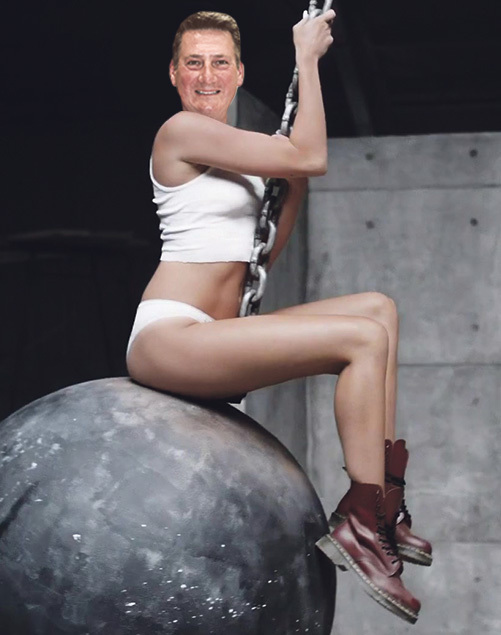 AFTER hearing Tony Hadley wanted to recreate Miley Cyrus’ Wrecking Ball video, I gave him a helping hand by mocking him up as her.

And it turns out the ex-Spandau Ballet frontman was a big fan of the result, in my column.

On his Stars Cars Guitars podcast, Tony said: “I absolutely love it. But they must be Miley Cyrus’ legs, they can’t be mine.

“My legs are just a mass of cuts and scars, they’re awful. They’re not my legs, are they?”

I can confirm they aren’t!

Jade gets her frills on stage 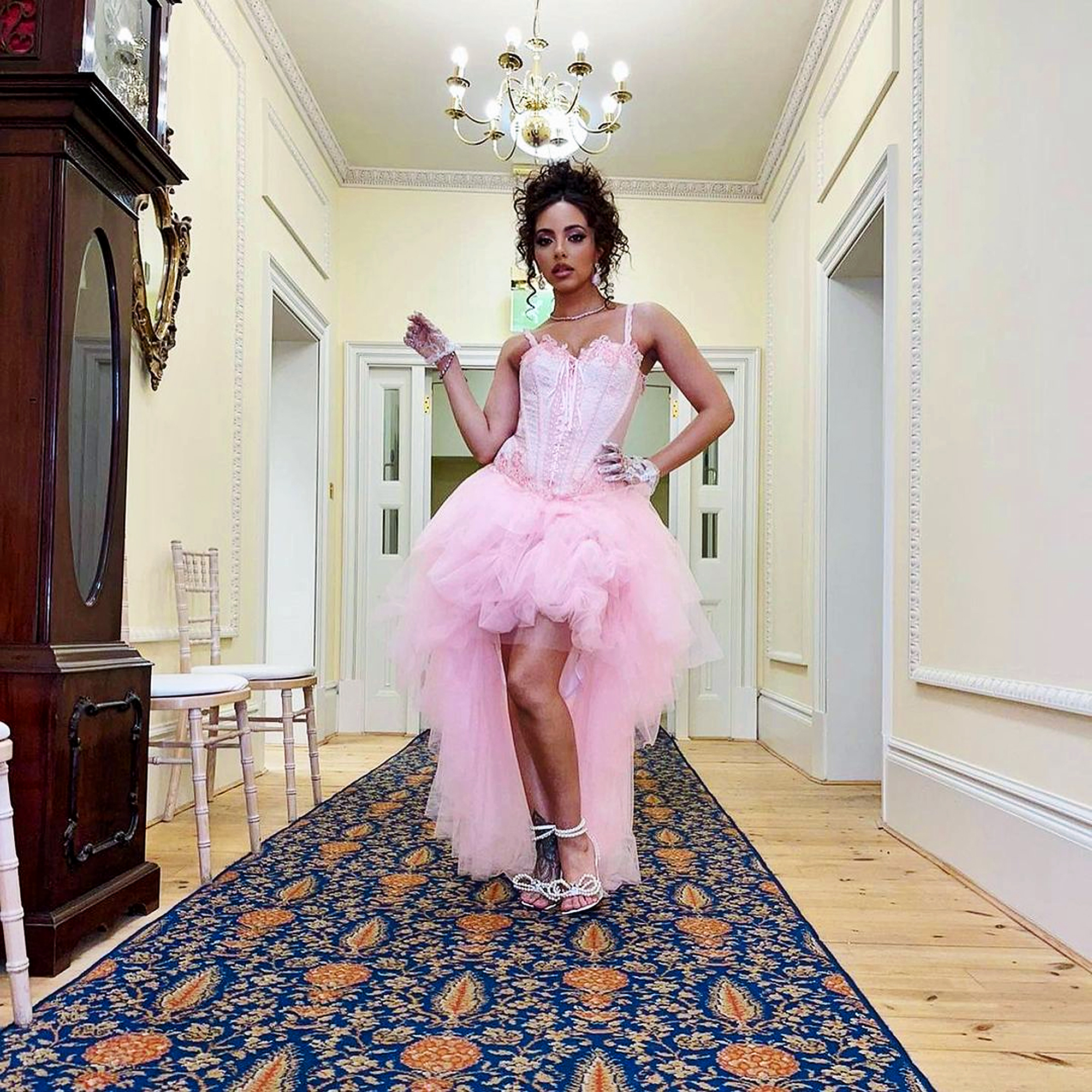 JADE Thirlwall has revealed she is desperate to get back on stage with Little Mix because of how their fans make her feel.

Leigh-Anne Pinnock, Perrie Edwards and Jade were forced to push back their nationwide tour until April 2022.

She said: “I miss touring so much. It doesn’t matter how s**t you’re feeling – the minute you get on stage and you’ve got a sea of people to support you, nothing can describe that feeling.”

Jade has been helping out the band’s long-time collaborator Kamille by singing on her track Mirror Mirror and appearing in the Bridgerton-inspired music video.

She shared photos from the shoot, including one of her in a frilly pink gown, and captioned the snaps: “Mirror mirror on the wall . . . who’s the baddest of them all?”

OLIVIA RODRIGO is releasing her first album on May 21.

She confirmed the date after dropping her new song, Deja Vu, yesterday.

Olivia was pretty cryptic in the announcement and put the details of the album in the description of Deja Vu’s video on YouTube.

The link on the page then took fans to a website where they could pre-order the album, which has the working title OR. 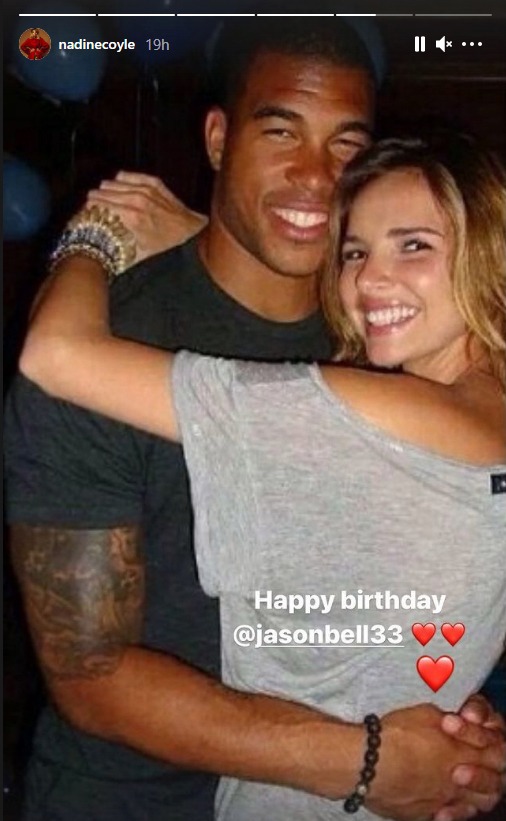 THEY split almost two years ago but Nadine Coyle has further fuelled speculation that she is growing closer to her ex, Jason Bell.

On Thursday the ex-Girls Aloud singer posted an Instagram snap of them hugging, with love heart emojis, for his 43rd birthday.

Last month Nadine, who dated the American football player for 11 years, revealed he had moved in with her during lockdown to co-parent their daughter Anaiya, but kept coy over whether their relationship was more than just platonic.

On living with Jason, who was in last year’s Strictly, she said: “What we are doing works for us. It’s all about being supportive and being there for each other.”

From the look of those emojis, it seems to be a little more than that.

Paris is in a pickle for pop return

IT’S been 15 years since Paris Hilton’s pop debut – but her return is even more unexpected.

She is making her comeback on a song about cheese and pickle sandwiches.

The socialite features on a star-studded collaboration with Nervo and rapper Tinie, formerly known as Tinie Tempah, for the song called Pickle, which is one of the most bonkers songs you will have heard in a while.

In an exclusive chat, Aussie DJ twins Mim and Liv of Nervo told me: “What we live off is cheese sandwiches with pickle. We are very pickle obsessed.

“I love Branston pickle, or piccalilli pickle, any pickle will do. We actually did write it about pickles but then we thought, ‘Why not make it a bit naughty and fun?’

“We’ve known Paris for ten years and she is someone we knew could pull this record off.

“People have been taking the p**s out of her for a long time but she has stayed resilient and she can handle it. She’s the only one with the sense of humour to handle this record.”

It has now morphed into something completely different though and “pickle” is definitely a euphemism in the finished version, which came out yesterday.

Over the years, Nervo have worked with the likes of Kylie Minogue, Britney Spears and Kelly Rowland – for whom they wrote the 2009 No1 hit When Love Takes Over.

But they have S Club 7’s Rachel Stevens to thank for helping them to success, after they wrote her 2005 single Negotiate With Love.

Liv added: “That was our first Top Ten in the UK. That’s when we were broke waitresses and songwriters.

“That record really changed our lives because from there we got a visa to be able to stay in the UK on a more permanent basis and then came the dance explosion that we became part of.”