Millions of fans of writer Jed Mercurio’s intense police corruption drama have waited nearly two years for the sixth season to start tonight. The finale of series five was watched by more than nine million in May 2019. The figure grew to 12.8 million when streaming figures were added.

Oprah with Meghan & Harry drew an overnight ITV audience of 11.3 million, making it the most watched programme so far this year. Streaming figures are not yet available for the bombshell royal interview which took place in California earlier this month.

BBC insiders are tipping Line Of Duty to attract its biggest audience yet.

A BBC insider said: “It’s the most thrilling police drama of our generation.

“Over five compelling series, Jed Mercurio’s scripts have gripped the nation. We want to know who the four corrupt cops known collectively as H are but Jed’s writing is so strong the twists are unguessable. 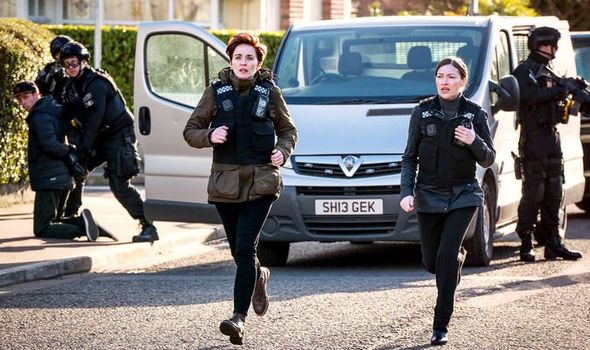 “He has the cunning of a chess grandmaster. No wonder the show has attracted such high-profile guest stars. No wonder ITV is so afraid they are fielding a repeat of Midsomer Murders against it.

“The only thing we know for certain is that Mercurio won’t let us down.”

A production company source said: “We have destination shows now. People are more attached to them. Line Of Duty is one of them. But the normal schedules are very different too. Last week, Dogs Behaving (Very) Badly at 8pm, followed by Ben Fogle: New Lives In The Wild won their slots against all other channels. Our viewing habits are changing.”

BBC boss Charlotte Moore expects big things from the show, telling a recent launch event for the seven-part series: “This is definitely what we’ve all been waiting for. I know we’ve had to wait a little bit longer because of Covid-19 but I want to thank all those involved, because Line Of Duty is back on the BBC in spectacular style.”