In an episode of BBC’s Bargain Hunt, host Natasha Raskin Sharp left residents baffled after they incorrectly guessed the purpose of the antique item. Guesses ranged from a fertility item to a flag pole holder and fans of the show were stunned when they learned its true purpose.

Earlier this month, the BBC programme headed to the South West to see what antiques they could find.

The two teams first went to a village called Hele to purchase their items before heading to Honiton for auction to see if they’d struck gold.

While they were rummaging through the antique shops, host Natasha went into Exeter city to see if residents were able to guess what the mystery item of the episode was.

In each episode, the presenter does a special segment where they ask residents in a town to guess what an antique object would’ve been used for. 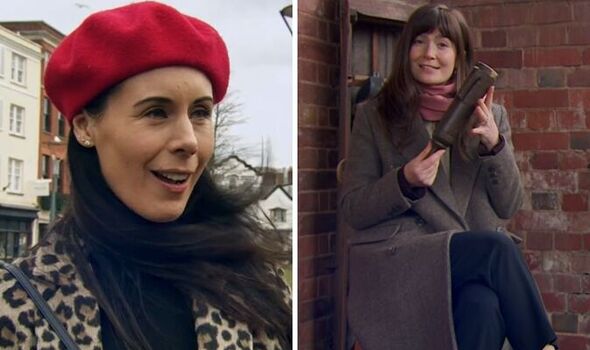 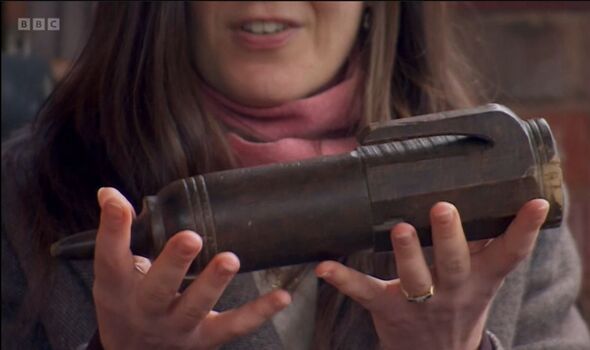 During the Devon episode, people were stumped on what the item could be with no one able to correctly guess.

Looking like a wooden stick with a thin handle, one local believed it was “definitely maritime” related.

Another person said: “I’d probably stick it in the garden, put a flag in it, put a lantern in it.”

One resident told the host the antique would be something they’d “put a torch in” with another woman suggesting it could be to do with a pestle and mortar.

Other guesses included the mystery item being related to knitting or something to do with fertility.

However, all the Devon locals failed to guess the object was once a holder for a stone to sharpen a scythe.

Informing viewers of its use, Natasha said: “Reaping was hard skilful work, but for those quick enough, reaping was highly paid.

“In the 1780s an average farm labourer would earn one schilling a day, whereas an accomplished reaper could earn more than 20 times that.”

The host revealed that having a sharp scythe during those times was “imperative” which is why the tool was useful.

She added: “You would clip it to your belt for easy access.

“If your scythe started to get a little bit blunt, you would take out the wet stone and run it along the blade a few times,

“Sharpen it, pop it back in, and get back to the serious business of harvesting.”

Speaking to Sunday Post, Natasha admitted she enjoys the mystery item section of the show and finding out the history of the antiques.

She said: “I find it fascinating that there are everyday objects that have fallen out of use and that are hard to identify.”

The presenter recalled one item which was a shallow and flat piece of glass that turned out to be a penny lick.

Speaking about the history of the object, she said: “Before the dangers of  tuberculosis were known, ice cream sellers would put a penny’s worth of ice cream in and people would lick them and give those glasses back.

“We don’t know how well they were washed, and out they went with the next lot of ice cream on!”

Bargain Hunt is available to stream on BBC iPlayer.