Bargain Hunt’s Charlie Ross looked back at one of his most successful auctioneer items during a clip from a previous episode of the popular BBC One show. A Duesenberg Model J Long-Wheelbase Coupe was up for sale and in 2011 it fetched a whopping $10.34million with Charlie sealing the deal with a bang of the hammer. At the time, this was the most expensive car to be sold at auction.

Putting it into perspective the auctioneer said: “A magnificent car that cost $17,000 – that at a time when a Ford Model T cost $100. And I was the lucky auctioneer that put it under the hammer in 2011.

“I don’t think I’ve ever witnessed a car turn so many heads! And you can see why.

“Let me set the picture for you; huge marquee, 2000 people, a row of telephone bidders waiting to bid,” he told Bargain Hunt fans.

“Duesenberg has sold for $1million, $2million, I think the most expensive Duesenberg had been over $4million. 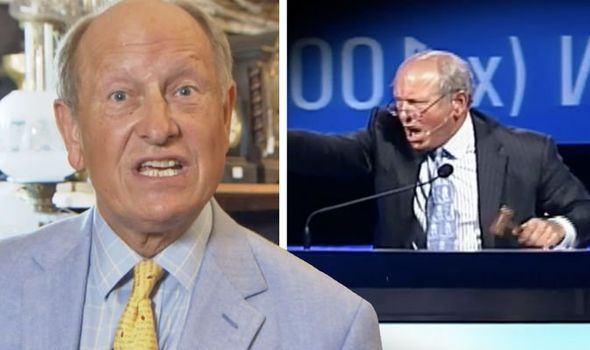 “This [car] was expected to make more,” he teased.

A clip was then shown of the auction which was held at Pebble Beach by auction house Gooding & Company and Charlie was heard asking: “Put me in at $3million – thank you! $3million I’m bid. Straight in.”

“The bids start at $3million, $4million, $5million and go quite quickly,” he explained to those watching at home. “Then suddenly $7million, $7.5million, $8million, $8.5million. And suddenly it’s racing away.” 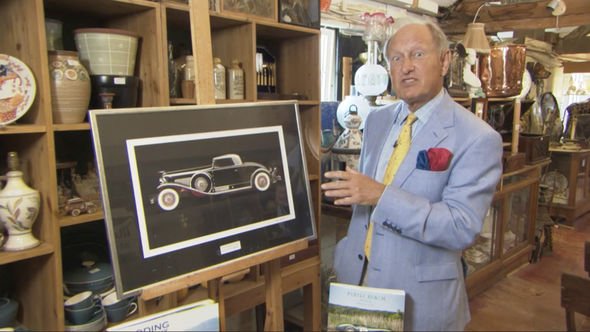 “Sold!” Charlie boomed and slammed the hammer down. “$9.4million.”

“And the place erupts! Huge cheering and then of course, add the buyer’s premium of 10 percent and you get a published price of $10.34million and to this day, it’s the most expensive American car ever sold at auction,” the Bargain Hunt presenter remarked.

Charlie has been an auctioneer at Gooding’s since 2003 and has sold thousands of cars for millions of dollars.

In a previous interview, Charlie spoke about his success: “It’s no good being a mumbling auctioneer. Clarity of diction is vital.” 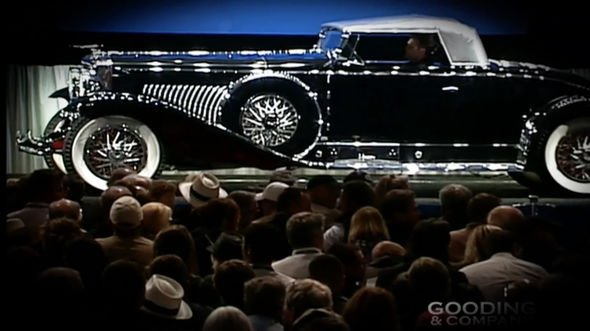 He also said “Auctioneer really is a vocation and not a task” and he does his homework to ensure he is at the top of his game.

Charlie reads the catalogues Gooding puts out a few weeks before the event and picks out the most relevant and relatable information about each car – the races it won, famous owners or drivers and if he knows anyone who owned something similar.

This is so he can try and bag the highest price possible.

“My job is to get as much money as possible for each item that I auction,” Charlie told Wired. “And to keep everybody entertained.”

While the Duesenberg Model J Long-Wheelbase Coupe was the most expensive car for 2011, what prices after cars that have been sold after that, gone for?

According to Top Classic Car Auctions, only 52 cars have sold for more than $10million at a public auction and Ferrari is the most expensive car marque with 250 models especially highly priced.

Bargain Hunt airs tomorrow at 12:15pm on BBC One.