Charles Hanson and Anita Manning took a look at a politics themed collection on a recent episode of Bargain Hunt. The collection included a number of documents, a pipe and a bottle of HP sauce. But, the individual that linked all these items together was former prime minister Harold Wilson. Charles did his best to put a value on the collection, but when it went to auction it got an unexpected result as it was sold in excess of £220,000.

The politician died in 1995 at the age of 79, but many of his belongings lived on in this collection featured on BBC’s Bargain Hunt.

The collection included a wide range of unique items Wilson had collected over the years.

The special collection even included an order of service and invitation to Sir Winston Churchill’s funeral. 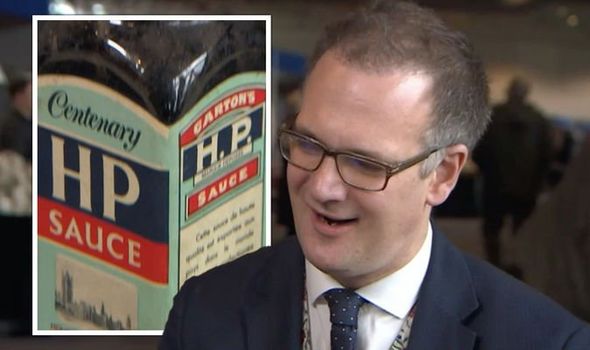 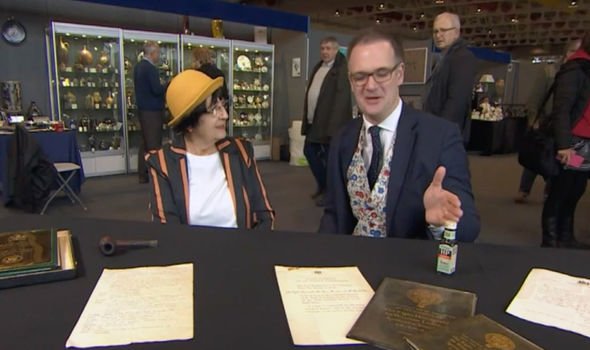 Charles commented on the variety in the collection, saying: “The array of objects, from the everyday garments to postcards, to watercolours by Prince Charles.

“It’s an incredible archive and on the table laid out before us are some quite amazing objects.”

He then highlighted a pipe in the collection that belonged to the former Prime Minister.

The expert explained: “He obviously was a great pipe smoker and this pipe particularly Anita you can see almost the chew marks.

“You just wonder what decisions were made, maybe over that smokey haze of an evening in Number 10.”

“I think this will be a favourite item at the auction,” Anita added. 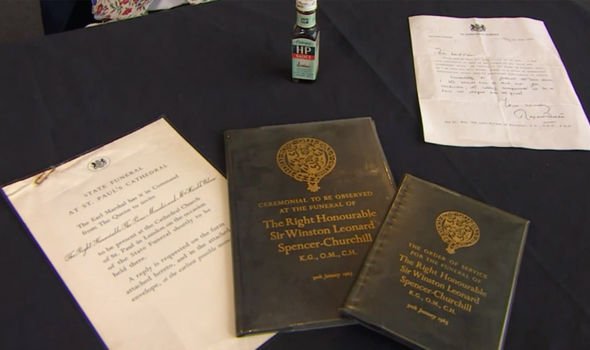 But, there was one item in particular that caught Anita’s eye – a bottle of HP sauce.

Anita asked Charles: “A bottle of sauce Charlie. What’s that all about?”

“Anita no matter who you are in life we all like our sauce don’t we?” Charles replied causing Anita to laugh.

He continued: “Of course Wilson did and his became known via HP as the Wilson gravy.

“So here you’ve got a bottle he’s actually used. You can see remnants of the brown sauce around the rim,” the expert explained.

“Harold Wilson’s name on it – I wonder how much that will go for?” Anita questioned.

Charles replied: “If a few saucy buyers like you and I get together, who knows. It might race away and make a thousand pounds.”

“Do you think Charlie there’s a chance of people getting carried away with this type of item?” Antia asked, with Charles replying: “Absolutely.”

The novelty bottle of HP Sauce had a unique label on it that read: “Personal bottle for the Rt. Hon. Harold Wilson, MP”

Bargain Hunt is available to watch on the BBC iPlayer.