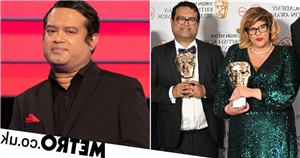 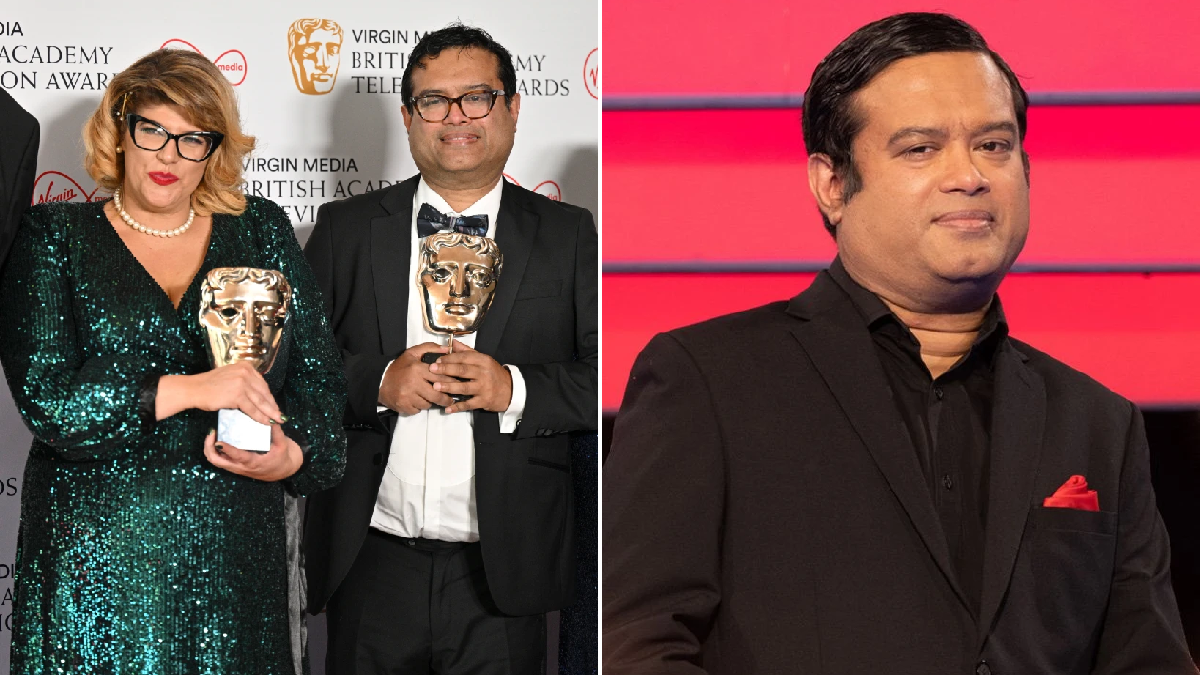 Paul Sinha was overcome with emotion as The Chase picked up the best daytime gong at Sunday night’s Bafta TV Awards.

The quizzer, also known as The Sinnerman, shed a tear while on the stage at the Royal Festival Hall in London with his co-stars Anne Hegerty, Mark Labbett, and Jenny Ryan stood by his side.

While he didn’t give a speech, Paul was seen wiping his eyes as one of the producers accepted the accolade.

The television star was comforted by Anne, also known as The Governess on the ITV game show, who placed a supportive arm around him.

Sadly the scenes didn’t make it into the live broadcast of last night’s ceremony, which aired on BBC One.

‘It looks like we may have been cut from the main show but just to say – The Chase won a Bafta today,’ Paul wrote on Twitter shortly afterward.

It looks like we may have been cut from the main show but just to say – The Chase won a Bafta today. One of the proudest days of my life, and rest assured we’ve had a drink.

‘One of the proudest days of my life, and rest assured we’ve had a drink.’

While Sean Bean couldn’t attend the ceremony in person, he scooped the award for leading male performance, with Matthew Macfadyen winning supporting actor.

Sir Billy Connolly opened up about his Parkinson’s in a pre-recorded video clip as he accepted the Fellowship, revealing that he can no longer dress himself.

Elsewhere, presenter Richard Ayoade made a savage dig at Will Smith’s Oscars slap.

Taking to the stage to open the ceremony, Richard wasn’t afraid to make reference to what became one of the most controversial moments in Oscars history.

With the awards celebrating its 75th year, he said: ‘In 1955 there were only six categories, there was barely enough time to get up from your seat and slap someone before the whole ceremony would be over.’

News Coverage: ITV News at 10, Storming of The Capitol

Single Documentary: My Child My Country

Drama Series: In My Skin