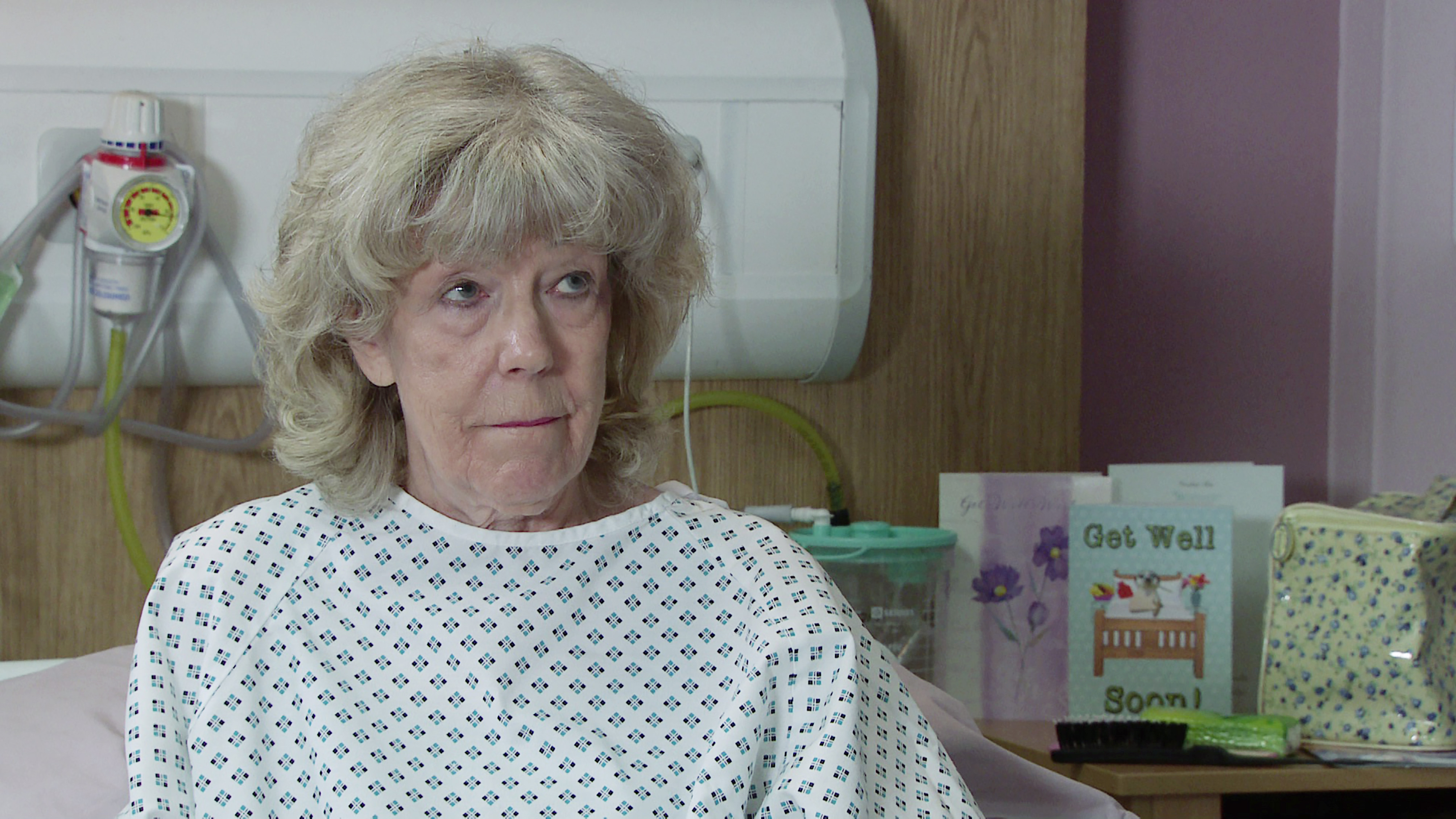 Not long after being discharged from hospital after the motorbike fell on her in Coronation Street, Audrey (Sue Nicholls) is back in hospital again under somewhat mysterious circumstances.

On her birthday she’s not impressed by her birthday meal, but then the family presents her with her present – they’ve signed a rental agreement with Debbie (Sue Devaney) and the salon is once more hers. Is Audrey ready to pick up the comb and scissors again?

Well, not immediately and Gail (Helen Worth) picks up on the fact that Audrey doesn’t seem like her usual self. She rings her later and Audrey fobs her off, saying it’s nothing that a good night’s sleep won’t put right. What she doesn’t say is that she’s not at Grasmere Drive – she’s in a hospital bed.

It’s not long before she’s up and about again, but she doesn’t tell anyone that she was in hospital. Ed (Trevor Michael Georges) lets slip to Sarah (Tina O’Brien) that he saw her at the hospital, so it’s not long before the news gets out.

In the meantime, Audrey makes a decision and tells Nick (Ben Price) that she knows the family meant well, but she really doesn’t want to reopen the salon.