All or Nothing Arsenal: Mikel Arteta delivers dressing room speech

Arsenal manager Mikel Arteta has admitted to feeling the pressure of having cameras follow the club for the new Amazon Prime Video series. He’s even gone as far to say he wouldn’t agree to it again.

Following Arsenal’s 5-0 thrashing at the hands of defending champions Manchester City on the August 28, 2021, Mikel Arteta’s Gunners were rock bottom of the Premier League.

Three games in with no goals and zero points on the board, it was a nightmare start.

Arsenal fans deemed the start of the season “humiliating” and for Arteta, whose every move was being filmed by Amazon Prime Video. 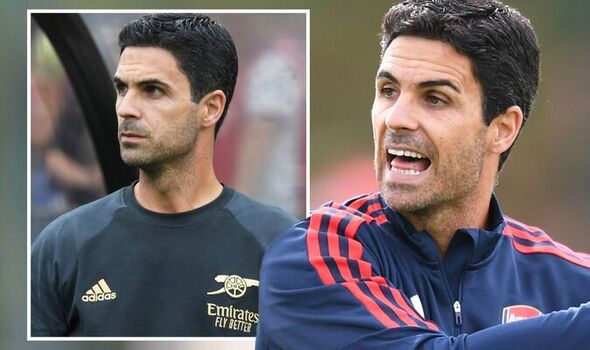 By September 11, it was make or break for Arsenal as they took on Norwich, who wanted to avoid the worst start to the Premier League in the club’s history.

Time was also ticking for Amazon Prime, who spent £10million to film the club and had no doubt hoped to film more successes for the club.

It’s been reported Arteta was felt the added pressure was affecting his team’s performance.

Fortunately, Arsenal turned things around as after three defeats, they won 1-0 against Tottenham Spurs in the North London derby. 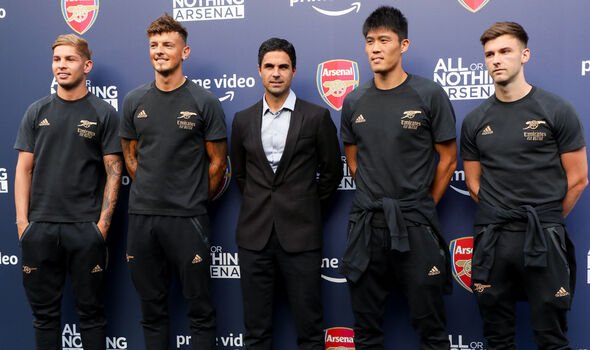 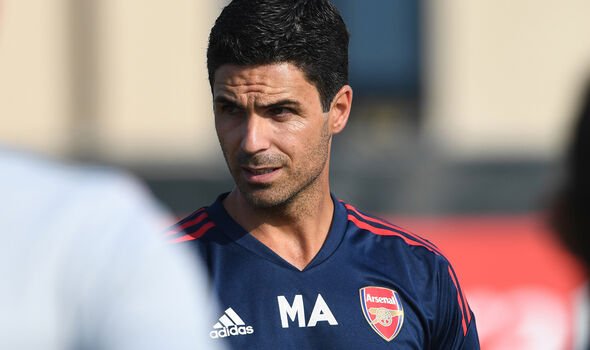 This no doubt eased the pressure on the team to perform.

Arteta has spoken out about the challenges of filming, explaining: “Honestly, it was challenging but as well I think it was an incredible experience personally, for the club and everybody can see the reality without any boundaries about how it works on a daily basis at the club.

“On a personal level obviously it was really demanding because you are on camera for 24/7.

“You tend to forget about it.

“So when they talk about Big Brother houses and people can do certain things, it is true because I have experience that you forget about the cameras.

“Probably in the documentary you will see, that I don’t think that now unfortunately.

“Now probably if we are going to have a camera there, I would not do it. But they are done.”

Throughout the series, viewers will see moments of joy in the dressing room as well as the arrival of summer recruits Nuno Tavares and Martin Odegaard.

Fans will see how their arrival was a factor in the upturn in form for the Gunners.

Unfortunately, Arsenal fell just short of the mark during their quest for Champions League football, being pipped by North London rival Tottenham Hotspur on the final day of the season.

Amazon filmmakers perfectly capture the lows from the beginning weeks of the season to the many highs.

All or Nothing: Arsenal is available to stream on Amazon Prime Video now.