Are Ubba from The Last Kingdom and Ubbe from Vikings based on the same person?

The Last Kingdom is an Anglo-Saxon series on Netflix, based on The Saxon Stories by Bernard Cornwell. The series has been described as similar to the Prime Video series, Vikings, which came to an end after six seasons. Both series feature a character called Ubba (played by Rune Temte), or Ubbe (Jordan Patrick Smith), and fans are wondering whether they are based on the same historical figure.

Are Ubba and Ubbe based on the same person?

Many fans of The Last Kingdom have also binged their way through all six seasons of Vikings.

Both series have plenty in common, as they are both set during the same time period and include characters based on real figures from the past.

While both shows include similar characters, they are not linked to each other in any way.

However, fans are keen to know whether the character Ubbe in Vikings and Ubba in The Last Kingdom are based on the same historical warrior.

Fans took to the online platform Reddit to discuss, with one saying: “I’ve watched all season of TLK and my favourite villain was Ubba! Now I have started watching Vikings and am at the end of season 2. 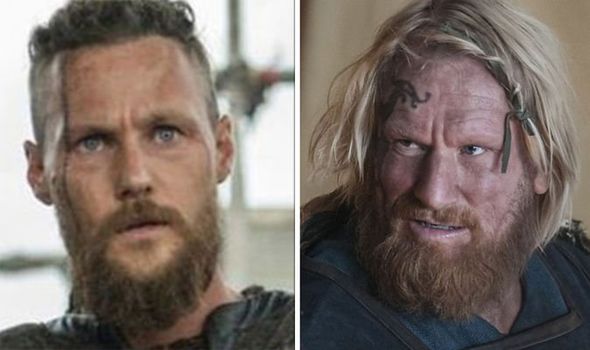 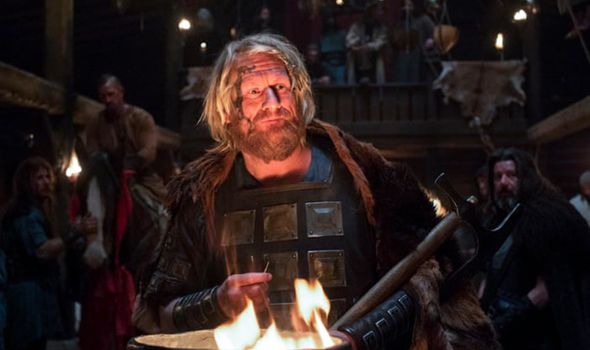 “I was wondering if Ubbe (Ragnar‘s Son) in Vikings is the same person as Ubba in TLK.

“From what I have heard his other son (Ivar the Boneless) is in the book but not in the series, right?” [Sic]

Both characters share the same surname, Ragnarsson, and they are both sons of the notorious Ragnar Lothbrok (Travis Fimmel).

Another fan said: “Historically speaking, both Ubba and Ubbe are based on the same person yes. The books include Ivar the Boneless in one scene, plus his descendants who might appear in the show depending on where it goes I think?

“The books have all blended together in my mind. Personally I don’t think they will, or at least it won’t have the same setup as it did in the books. To my knowledge the show has completely ignored the idea of the Ragnarssons.” 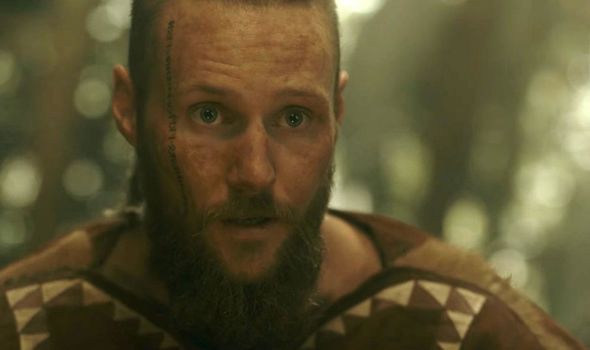 Ubbe from Vikings is one of the heroes of the series and he was a fan-favourite until the very end.

Whereas Ubba in The Last Kingdom was seen as a villainous character, who was killed off in the first season.

Another fan said: “In TLK it is mentioned that Ubbe travels to Ireland after the death of his brother Ivar (whose real life inspiration is suspected to have possibly died in Dublin).

“He is also referred to by Alfred as Ubbe Lodboksson, which would allude to him being a son of Ragnar Lodbrok.

“Of course, historically he would be called Ubbe Ragnarsson, but as there is already a fictional Ragnarsson family in TLK that would be very confusing.” 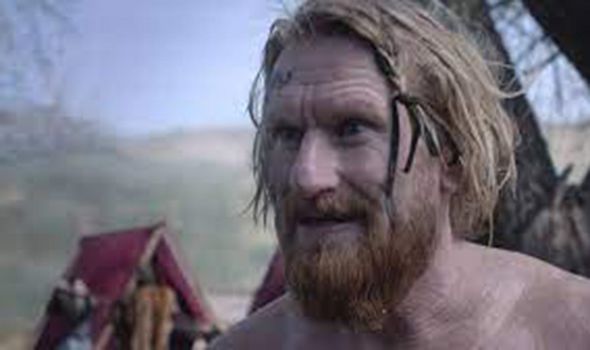 The real Ubba was a Viking from the ninth century and he helped command the Great Army during the invasion of Anglo-Saxon England.

The Great Army was led by Ivar the Boneless, and he is believed to have left Ubba in Northumbria before attacking East Anglia in 869.

Ubba has appeared as a character in a number of mediums such as a musical play called Alfred: A Masque.

He is also mentioned in poems and features in a number of different TV adaptations.

Fans of both series have viewed both representations of the character very differently.

One said on Reddit: “I love Ubbe in Vikings. He has his father’s passion and visionary outlook.

“He in no way is a villain in Vikings. I find it hard when two good shows that run simultaneously portray real characters so differently.”

Another said: “Ubba in The Last Kingdom may not have been likeable, but he sure was charismatic! The life of the party.”

The Last Kingdom is streaming on Netflix now.