Are Imran and Toyah dead in Coronation Street as soap shows car wreckage? 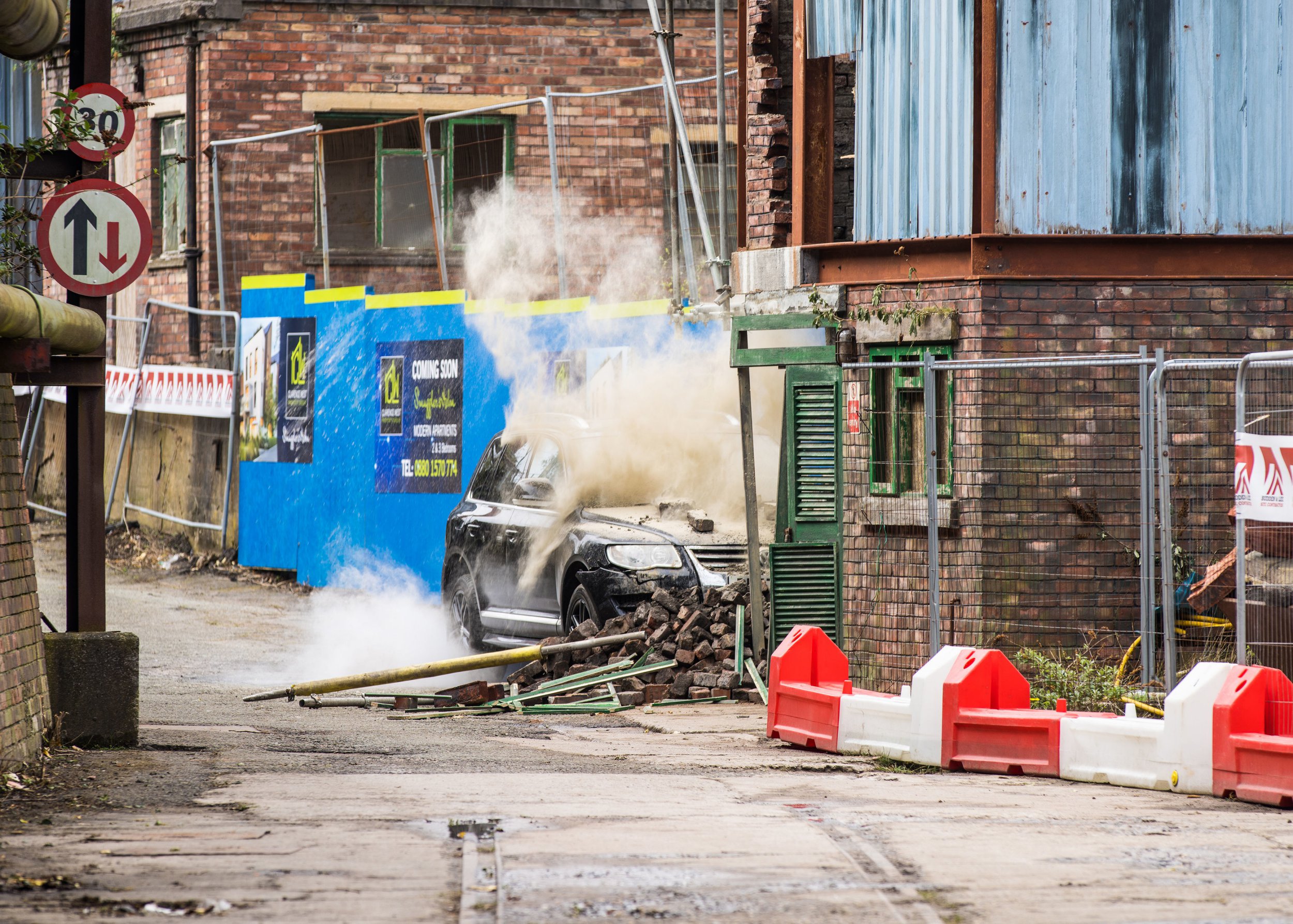 Last night’s episode of the ITV soap drew to a dramatic close when Imran discovered Abi’s (Sally Carman) plan to kidnap baby Alfie and run away together.

Tonight, Imran unleashed his anger, once again convinced Abi wasn’t in a position where she could safely look after their son.

There was a huge difference in Abi’s behaviour tonight as normally, she’d also use anger as a way of trying to defend herself.

This time, she sat on the sofa in tears, heartbroken she was close to losing another child.

Abi told Imran that a life without Alfie isn’t worth living and set off out of the flat, leaving viewers fearful of what she may do next.

As Abi disappeared, Imran returned home to tell Toyah that Abi was planning on abducting Alfie.

Meanwhile, as Kevin (Michael Le Vell) desperately searched for Abi, he bumped into Imran and urged him to not tell the police about Abi’s plan.

Making a plan with Kevin, Imran called Abi and left a voicemail, informing her they wouldn’t be going to the police.

Before Imran left to find Toyah, he sent a voicemail, very close to revealing everything about his betrayal and paying Ben to lie in court.

As Imran and Toyah left the station, we ended the episode with them unconscious after a major car accident.

But will they both survive?