A WOMAN on Antiques Roadshow was shocked for all the wrong reasons after a family heirloom turned out to be a fake.

The beloved BBC One was back in Ayrshire on the most recent episode at Culzean Castle where expert Dendy Easton evaluated three oil paintings. 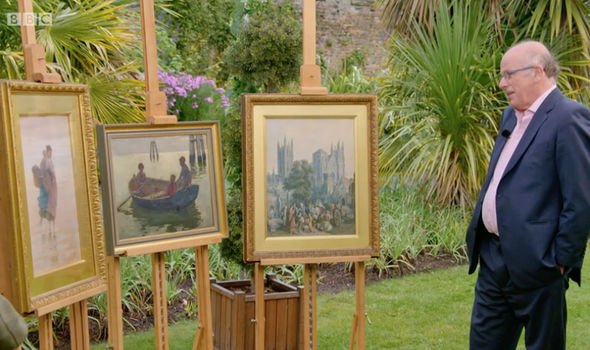 The guest had brought them in after inheriting them from her "granny" which feature portraits of people at the beach, on a rowboat and standing in front of a cathedral.

“So you own all three?” Dendy asked and then wanted to know: “Do you have a favourite?”

“I like these two,” the guest answered pointing at the painting of two women on a beach and the couple on a boat. 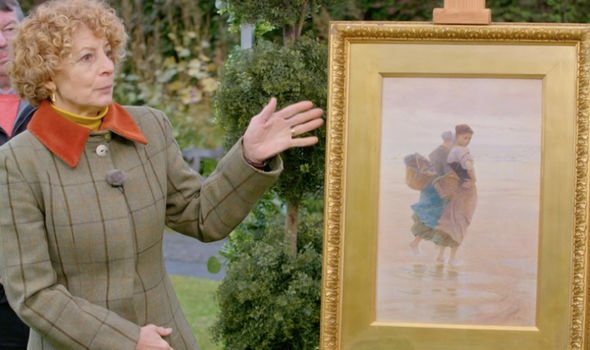 But she admitted she was "not so keen" on the painting of the people standing in front of the cathedral.

“This one down here is by an artist called David Roberts now he was an important early to mid 19th century artist," Dendy explained.

“He painted in Venice, France and I think this is a French scene with peasants in front of the cathedral.

“We come on to the painting signed H Caffieri which is Hector Caffieri. Hector is an artist I’ve always loved he was born in Cheltenham in the 1840s and over the years I’ve see a lot of pictures by him and this is very good one."

Dendy added: “It’s in its frame, you’ve got two ladies on the beach and it’s a very interesting composition. Slightly faded because the sunlight has got on to it."

“And then we’ve got the one in the middle which has got a modern frame but it’s an oil painting and I know when that was painted it’s about 1890 and it’s by a man called Frederick Cayley Robinson.

“He studied in the Royal Academy and this is from his earlier period. He’s a youngish man when he paints this and if you look closely at the boy’s face looking wistfully down at the girl it’s a wonder picture."

Dendy then pressed the guest about which was her favourite painting before dropping a shocking bombshell. 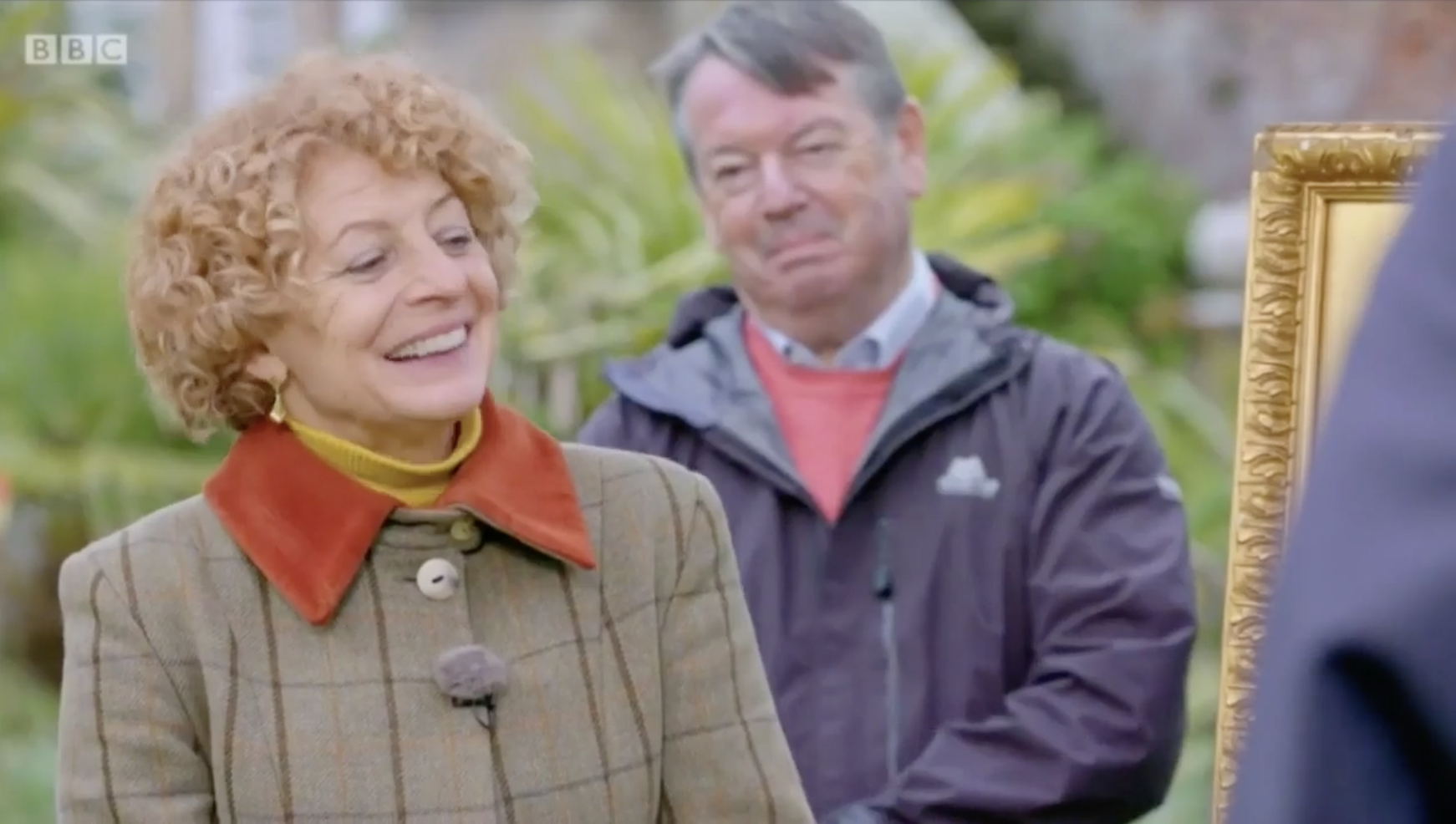 “Well [Roberts] is a very famous artist but this is a fake,” Dendy said.

“It’s a fake signature because he was so important he was a Royal Academian and people copy his work. 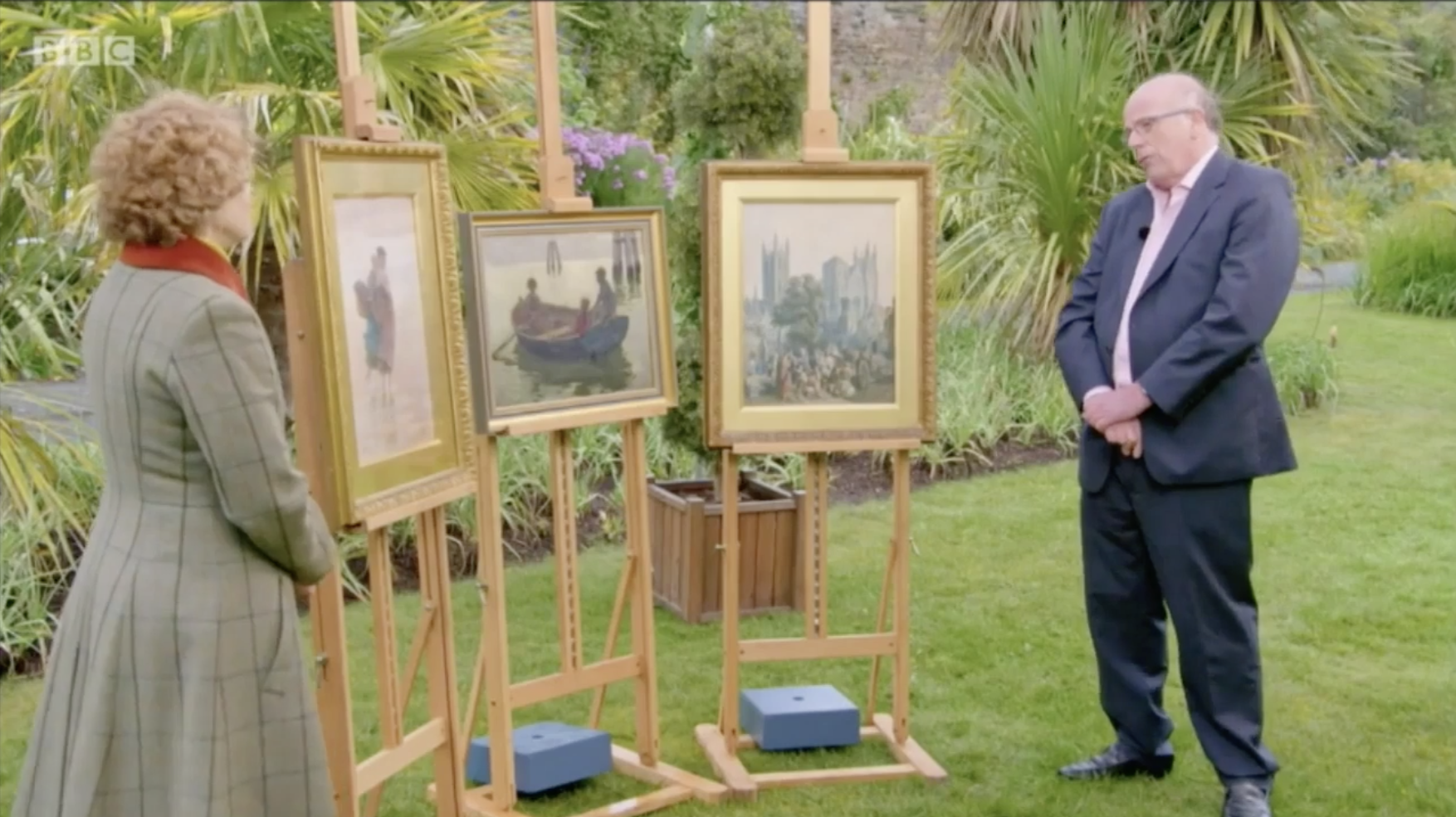 The shocked guest replied: “That’s a lot of money. Thank you very much I had no idea.

“I’m astounded at the value of these paintings.

“They’re much older than I thought they were and I’m even more delighted to find out more about the background of them.”

Antiques Roadshow airs on Sundays on BBC One and is available on BBC iPlayer.