Antiques Roadshow expert Hilary Kay was on hand to help the guest understand a bit more about the relics they had in their possession. As the analysis got underway, it was clear the owner of the Suffragette medals had no interest in the price of the horde. After discovering how much the collection would sell for at auction, the guest said in no uncertain terms they were going to let someone else take care of the family memorabilia on the BBC show.

“It’s a medal and on the front of it, it says Gwendoline Cook and on the other side, it tells us everything because it was a medal awarded for valour, for the hunger strike.

“And this is a Suffragette medal. The purple for dignity, the white for purity and the green for hope,” the expert explained.

“It’s what we recognise immediately as the Suffragette colours. I’ve never held something quite so powerful in my hand like that and I want to know who Gwendoline Cook was,” she asked the guest.

They revealed Gwendoline was in fact their grandmother who had been a part of the historic movement in the early 1900s. 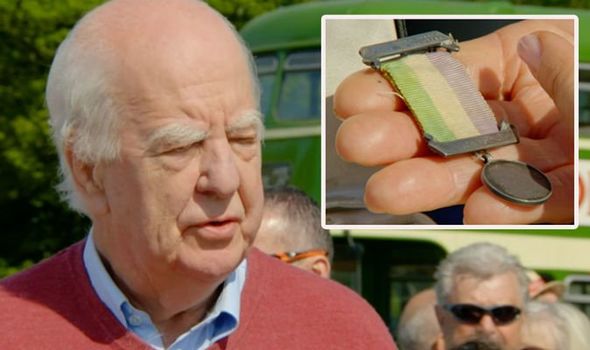 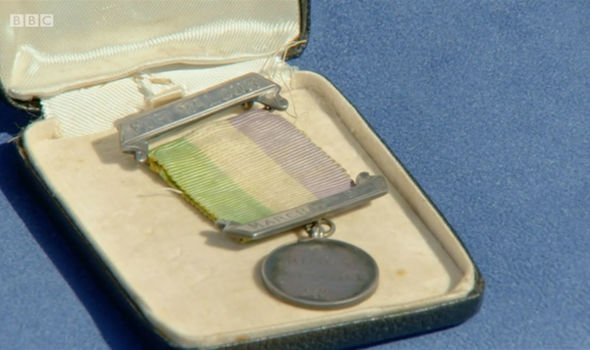 “She was a lady who was quite strong in spirit,” the guest said before adding: “She was not married at that time and she was excited by doing something.”

“And the point that they were making is that when they were arrested, they wanted to be treated as political prisoners.

“This meant they got particular privileges and they weren’t allowed this so that’s why they went on a hunger strike.” 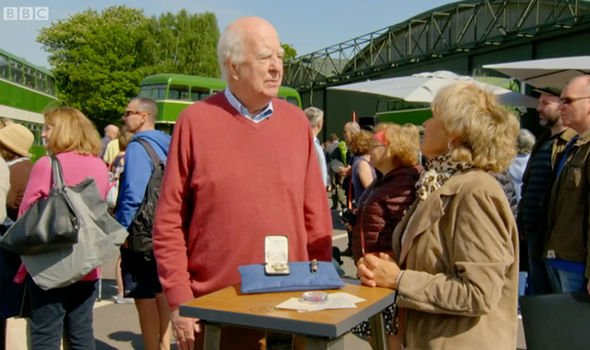 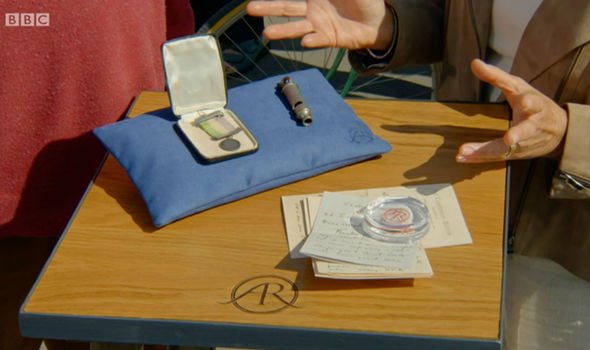 The expert continued: “And when we’re talking about the hunger strike, nobody in the political circles wanted a death on their hands. The only other alternative was force-feeding.”

“If you read some of the stories about the forced feeding, you see how absolutely disgusting it was and how horrific it was,” the guest remarked.

“You cannot really find it possible that the Government actually did this as part of their day-to-day life,” they added.

Hilary then had some letters in her hand which were correspondence between Gwendoline and some of her fellow Suffragettes.

After reading some of the inscriptions, Hilary told her guest: “In these letters, her character comes across as a great girl.”

“She was a great woman. I lived with my mother and my grandmother.

“My father had died and Gwendoline looked after the family,” they replied.

“She actually provided much of the income to the house. She was a strong lady, she kept up in small ways with previous Suffragettes.

“I think they liked being together sometimes,” they added before the expert gave her valuation of the bespoke collection.

“With it letters and of course with the whistle which I can imagine your grandmother blowing, I would say we’re talking about £6,000 to £8,000,” Hilary said.

The guest was shocked to hear how much their grandmother’s belongings would sell for if it was put up for auction.

However, they then refused to sell the priceless medals his grandmother once owned, explaining: “It’s a nice sum of money but this will stay within the family.”

Antiques Roadshow is available to stream on BBCiPlayer.