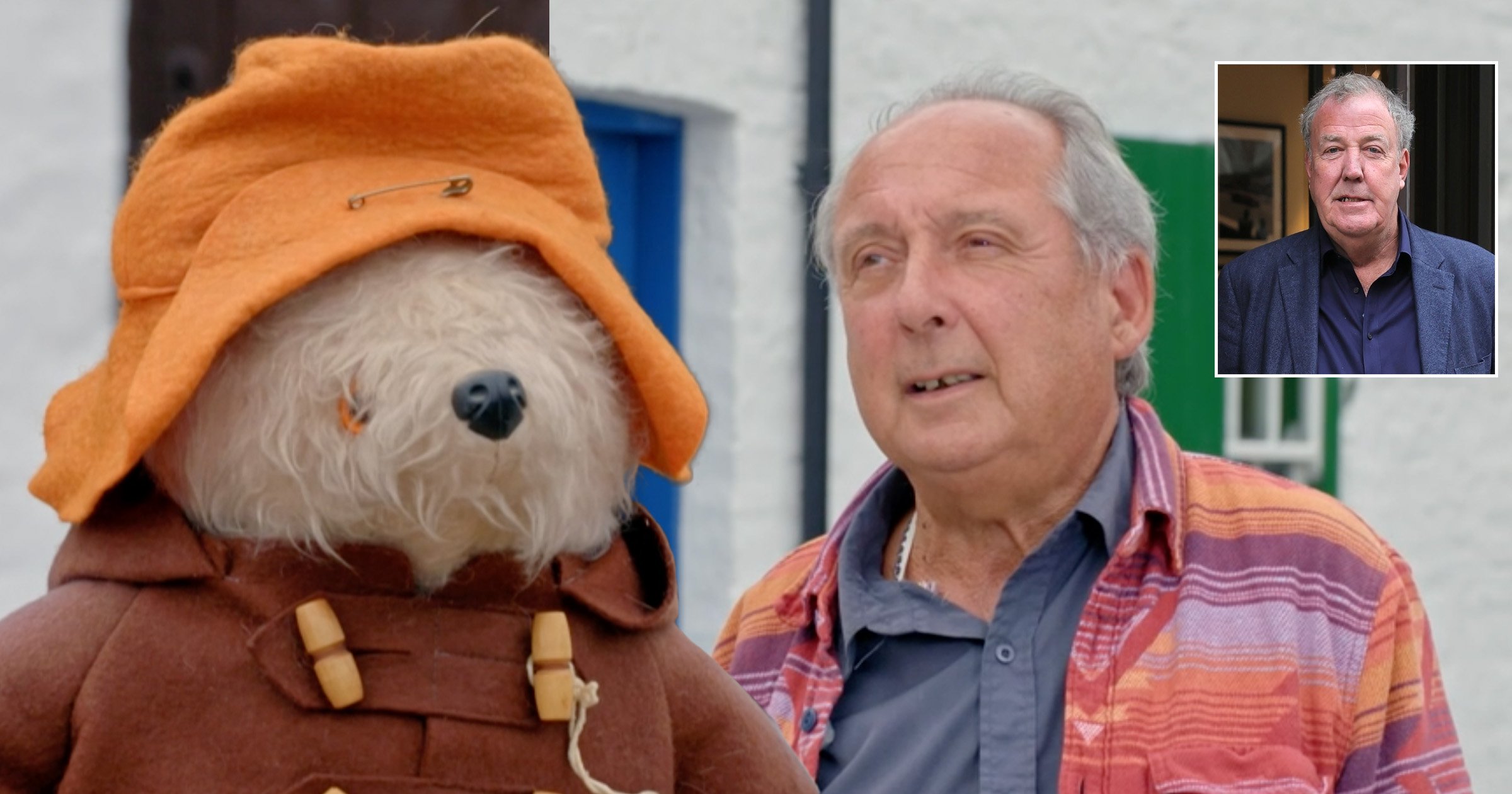 Antiques Roadshow expert Mark Hill had a guest smiling from ear to ear after he revealed that his personal Paddington Bear toy was made by Jeremy Clarkson’s mother.

During the latest episode of the hit BBC show, which took place in Ulster Folk Museum near Belfast, the specialists were shown a variety of valuables which included a rare set of dolls, an early Louis Vuitton travel trunk, and a unique black opal.

However, it was the stuffed Paddington Bear plush that caught Mark’s eye.

Explaining where the toy came from, the expert said: ‘Well, we’ve actually got what is one of the first licenced Paddington products so this version was designed by a lady called Shirley Clarkson for her company Gabrielle designs.

‘The very first model she made was actually made for her children in about 1971 as a Christmas present.

‘And their children, interestingly, are Joanna and Jeremy Clarkson.’

Journalist Jeremy turned into a household name following his presenting stint on the hit racing series Top Gear – which he co-hosted from 1987 to 2000.

The 62-year-old columnist later returned to the series in 2002 alongside Richard Hammond and James May.

Jeremy has dabbled in several popular programmes over the years including The Grand Tour and fronting the latest edition of ITV’s Who Wants to Be a Millionaire?

The surprised guest, who was taken aback by the mention of Jeremy’s name replied saying: ‘Ah yes, yes!’

The guest also explained to Mark that one of his friends had bought the item from a charity shop years ago and he’d always admired it.

He said: ‘I’ve always been a fan of bears, I’ve got bears dressed up in rugby costumes and all sorts.

‘It’s part of the family you know, he sits in my office, watches over me, making sure my typing is in order.

‘Probably somewhere between sort of £50 and £70 in this condition,’ Mark replied.

Antiques Roadshow returns next Sunday at 8pm on BBC One.