ANTIQUES road trip expert Irita Marriot was left in utter shock when the tiny donkey ornament she bought sold at auction for almost double the price.

Irita bought the miniature donkey ornament for £45 and it sold for £80 leaving her and her co-host Tim Medhurst in disbelief. 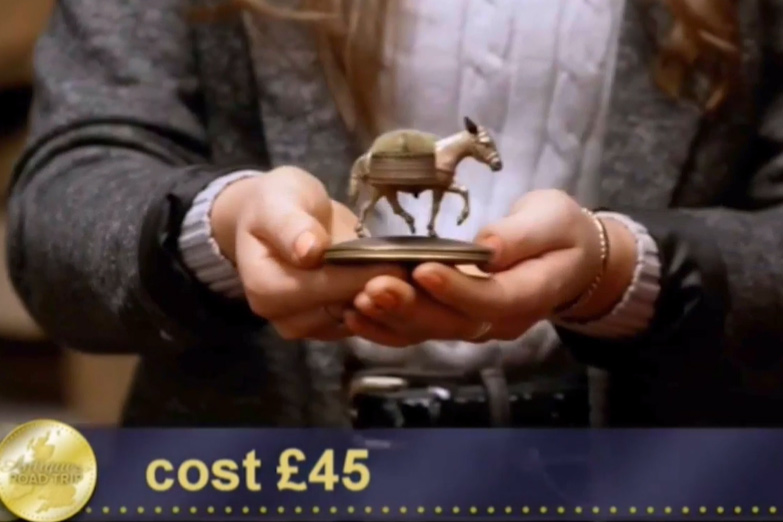 The pair both bought five antique items each as they travelled from Newark all the way down south to Stamford.

When it came to auction day, Tim was first up with the telescope he bought for £21 selling at £35,making him a healthy profit.

Newbie Irita took her turn next with a French jewellery box she bought for £35 selling for an impressive £85. 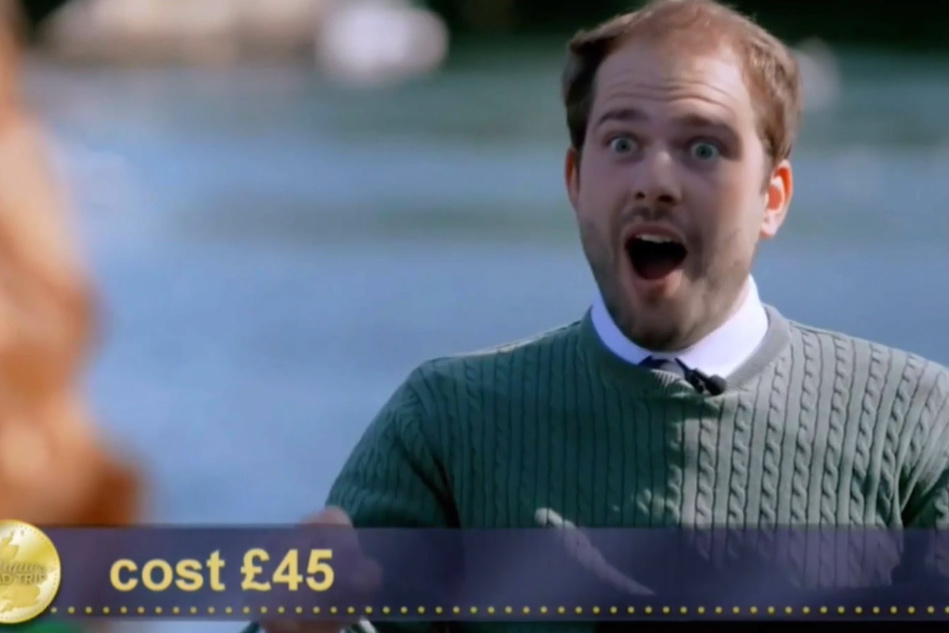 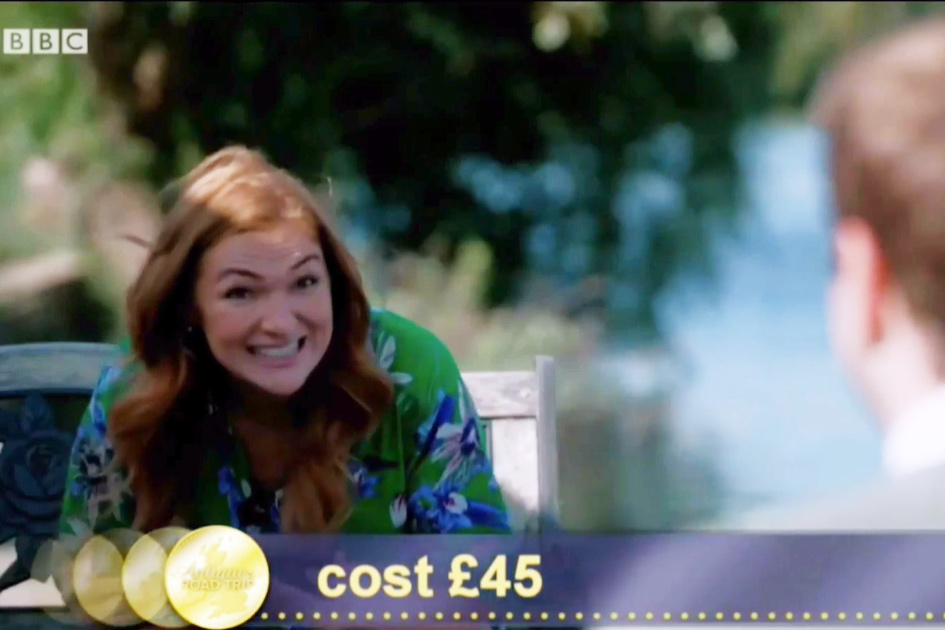 Irita looked shocked at her profit with Tim saying: “I’m very happy for you,but, also disappointed for me.”

Tim hoped to make up the difference with a horse-shoe paper-knife bookmark he bought for £32 as he said: “This was my lucky buy for the day.”

But the antiques expert was left underwhelmed when it sold for £42, leaving him with a £10 profit.

Irita was up again with her second item being a desk stand with a mouse which she bought for £38. 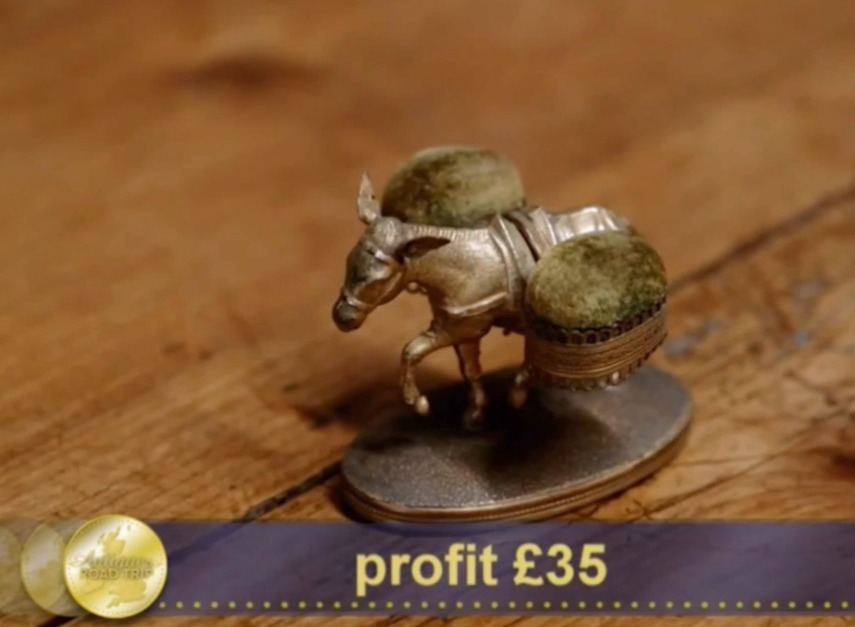 However, she didn't have the same luck as with her first buy as the antique only sold for £20, saddling her with a £18 loss.

Tim's luck also seemed to be running thin as the RAF cap he bought for £25 made him a loss, selling for £20.

Things took a dramatic turn however when it came to Irita's next item – a tiny donkey ornament she bought for £35.

Before bidding began Tim commented: “I think this might be laden with profit. Those little baskets full of cash,” making reference to the donkey's ornamental baskets.

But he still looked utterly shocked as did Irita when the auctioneer began the bidding at £70.

And Irita excitedly screamed: "What?!" 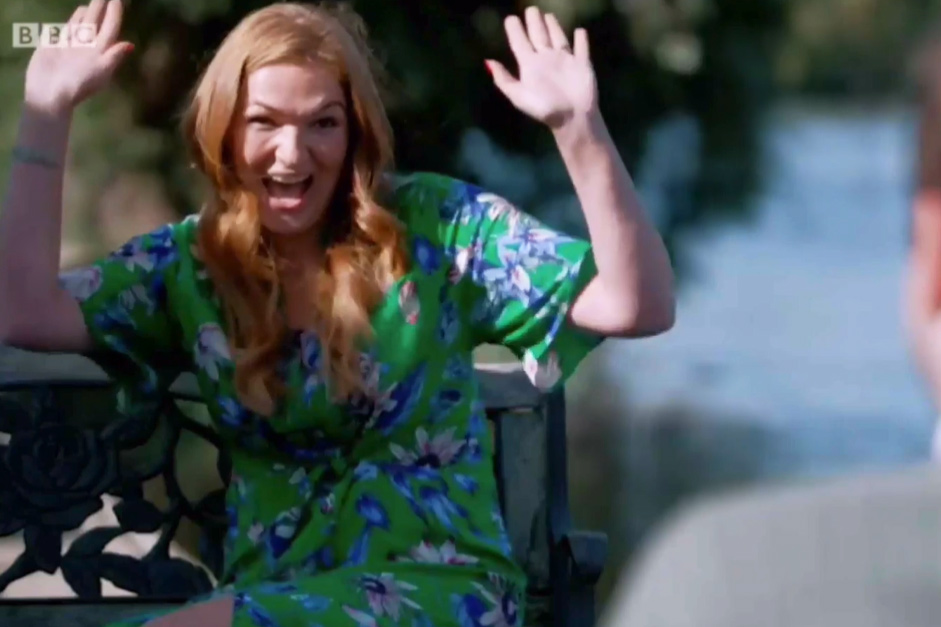 The little donkey sold for £80 with the auctioneer admitting he expected it to sell for a lot more.

Irita was crowned the winner of the episode with her final item, a small bulldog ornament fetching an impressive £125, awarding her an £80 profit.

Tim on the other hand had his last item- a teacup he had bought for £14- sell for a disappointing £18.

Antiques Road Trip is available to stream on BBC iPlayer.