Hi there, anyone else completely obsessed with Pardeep Singh on Michelle Young’s season of The Bachelorette? While he didn’t get the coveted First Impression Rose during night one, Pardeep clearly made an impression on Bachelor Nation, and the time has come to find out literally everything there is to know about him. In, like, a normal and totally-not-unhinged way, it’s fine.

Psst: there are no ‘Bachelorette’ spoilers in this article…yet…so come one, come all! 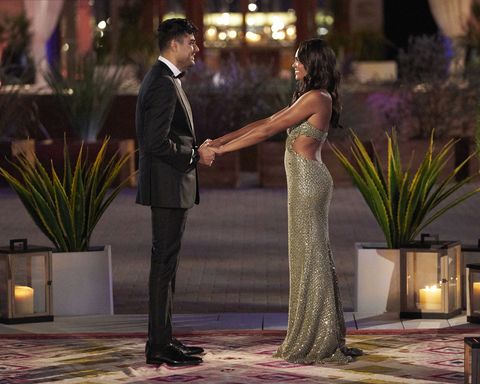 Pardeep Is a Casual Neuroscientist

The Bachelor and The Bachelorette have been home to some pretty, um, interesting job titles, including but not limited to “sloth,” “magician,” “chicken enthusiast,” and “hipster.” But 30-year-old Pardeep is a literal neuroscientist, which means we can all rest assured that he’s not on this show trying to be an influencer aka for the “wrong reasons.” (That said, I will happily be influenced into buying whatever he wants to sell me.)

As if you need more reasons to love Pardeep, he’s super nerdy and loves Comic-Con, video games, and reading. According to his ABC bio, “Pardeep is the perfect combo of looks and intelligence! For work, he studies the brain to find cures for diseases like Parkinson’s and Alzheimer’s; and though he spends his days buttoned up in a lab, when he has free time, he’s anything but serious. This self-proclaimed nerd who loves Comic-Con, video games, and reading also has an undeniable Brooklyn edge about him.”

He Has an Awesome Podcast

It’s called the “Deep Thoughts Podcast” and is an “intimate podcast about minorities in the sciences, arts, and public service.”

As Pardeep says, “I love studying the brain and how its interconnected pathways make us who we are in the same way I love learning about people and how each of us has a story. I was born and raised in Brooklyn, NY with a single mother and often believed my story didn’t matter. This is why I started a podcast called Deep Thoughts: Science and Social Justice—this is a place where we discuss how our multiple identities inform our experiences as Americans. And importantly, how our individual experiences can help build a brighter future for everyone.”

He’s Super Close to His Family

Pardeep has talked a lot about his upbringing on Instagram, saying that his grandmother is from Georgetown, Guyana, and her family “was moved from India to the West Indies as indentured servants and was given 600 British pounds to ‘start a new life’ in a foreign and unfamiliar land.” His grandmother eventually moved to Brooklyn, where Pardeep says he was raised and “had to fight though extreme poverty, a low-tier public school education, bullying, and supporting a single mother.”

He Has Specific Qualities He’s Looking For in a Relationship

Per the person tasked with writing ABC’s exhaustive contestant bios, “Pardeep is truly a unique catch who wants to find someone family oriented, affectionate, and who cares about making the world a better place just as much as he does. And if she can occasionally nerd out with him, GREAT!”

Pardeep celebrated the moment on Instagram after the show’s premiere, writing “Officially the first Indian-American to get a rose on The Bachelorette.“

This is a spoiler-free zone for now, but once we find out exactly how far Pardeep makes it on The Bachelorette we’ll be updating this article (with a spoiler warning, fear not).