All That Glitters winner opens up on concerns with judges ‘Stressful’

For the past six weeks, BBC Two viewers have watched as eight talented jewellers have competed to win the second series of All That Glitters. Facing a series of challenges along the way, fans watched as Piers Carpenter continued to progress which earned him the title of Britain’s Next Jewellery Star this year. Speaking to Express.co.uk, the winner admitted it was stressful having to stick to the tough time restraints on the show.

The second series of All That Glitters hit TV screens at the end of August as fans saw host Katherine Ryan and judge Shaun Leane return with the addition of Dinny Lee.

Welcoming a new batch of hopeful jewellers into the workshop, the contestants had to tackle two real-world challenges each week, the Bestseller and the Bespoke.

After both were completed, judges Dinny and Shaun deliberated with one another to decide which person would be going home and which contestant would earn the title of Jeweller Of The Week.

Throughout the competition, viewers watched as 25-year-old Piers was announced as the jeweller of the week not once but twice before winning the entire competition last week. 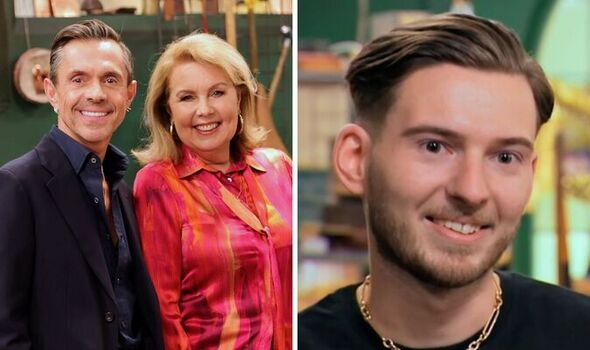 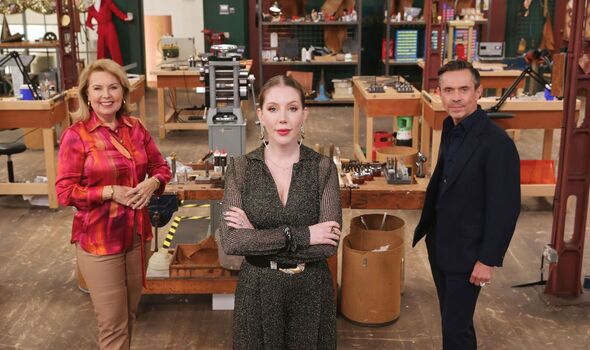 Within the episode, the final three were tasked with creating two different designs with one being a sapphire engagement ring.

The other was to make a statement necklace for Strictly Come Dancing judge Shirley Ballas who would wear the custom piece on one of the shows.

During each challenge the jewellers have to complete their custom piece under a strict time limit, speaking to Express.co.uk, the winner confessed it was stressful having to make an item under a certain time limit.

When asked if the challenges were as demanding as they appeared on TV, Piers shared that it was in fact more stressful than it came across. 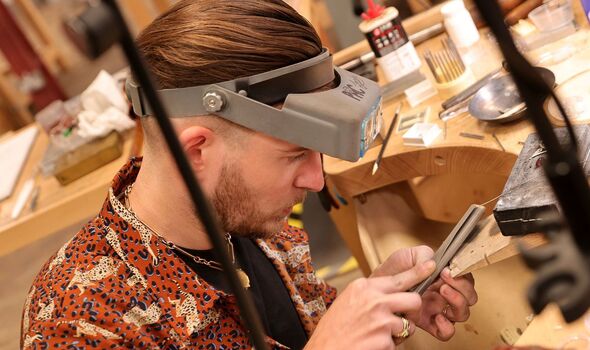 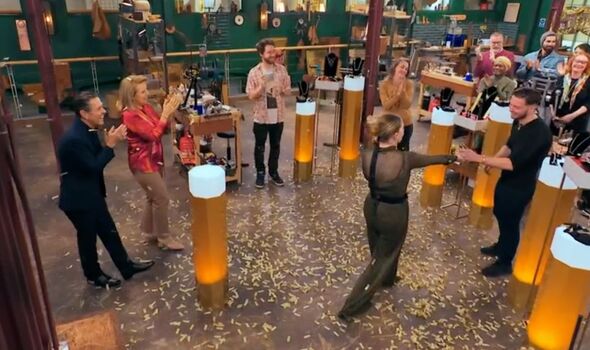 He said: “A piece of jewellery is ready when the jeweller is happy with it, I have completely re-done a job before because in the final polish I decided it wasn’t up to the standard I want to be achieving.

“So on the show, having to put pieces in front of the judges that weren’t at that level due to time constraints was very stressful.”

With Katherine and Shaun being fan favourites of the show, along with new judge Dinny quickly winning over viewers, we spoke to the winner about what they’re really like.

Piers continued: “Shaun, Dinny and Katherine were all lovely. Katherine was so naturally funny on and off the camera.

“Shaun and Dinny both just wanted everyone to succeed for the jeweller’s sake. I don’t know if it is the same in other professions but I feel like in the jewellery industry it is very easy for it to become a massive, massive part of your life.

“You like to look at other people’s jewellery, you want to see how they made it, you stop at every jewellery window you walk past just for a look.

“I feel like Shaun and Dinny both have that same passion for jewellery that I do, so it is a shared passion which I think you can really see from them in the show.”

When speaking about what his experience on the show was like, the series two winner called it amazing as he confessed he was massively challenged and pushed.

Although the young star very nearly didn’t compete in the series at all as he admitted it was his wife that convinced him to apply in the first place.

In the final episode, Piers went head-to-head with fellow jewellers Emma White and Jack Mitchell to be crowned this year’s winner.

After Katherine congratulated him on winning the series, Shaun complimented Piers as he commented that he can see a star being born in the jewellery industry.

Dinny added: “In the end, I don’t think there was any other jeweller that had star quality.”

All That Glitters is available to stream on BBC iPlayer.