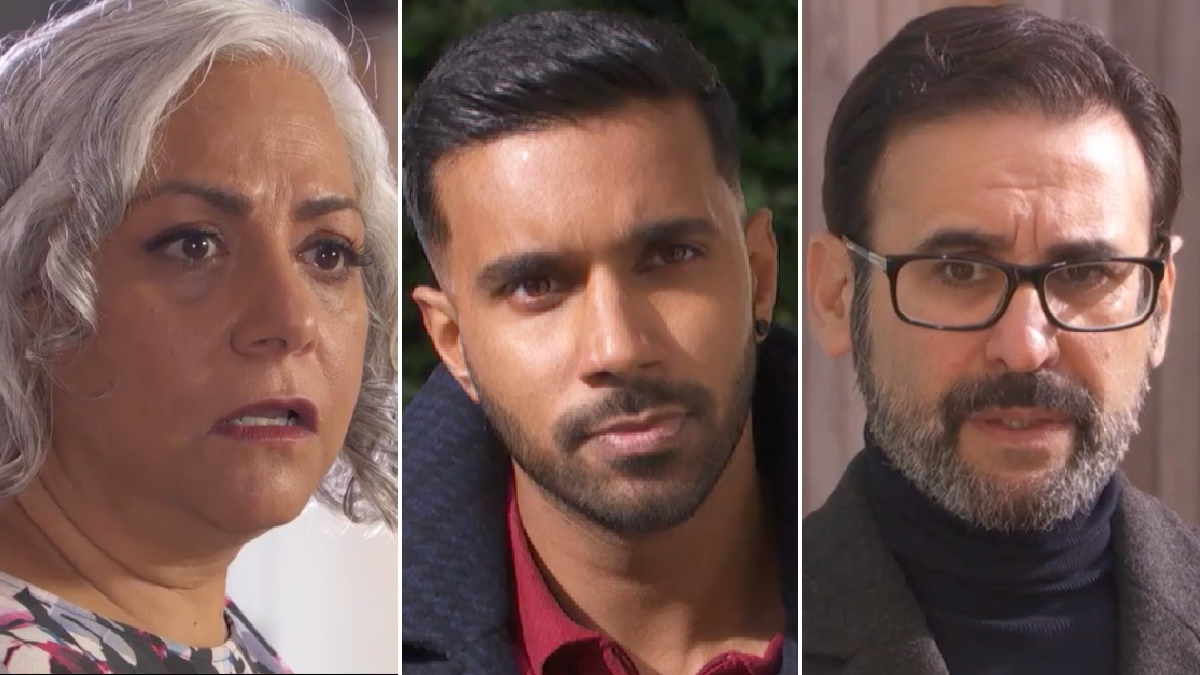 Ali Shahzad (Raji James) was left with little choice in Hollyoaks but to confess to assaulting Misbah Maalik (Harvey Virdi) after Sami (Rishi Nair) made a threat on his life.

Desperate to get a confession out of Ali, Imran (Ijaz Rana) took the rapist hostage at knifepoint in the school, threatening to kill him if he failed to comply with his demands.

Ali refused to admit anything at first, but when Imran threatened him once again with the knife, he ultimately did as he was told, confessing to forcing himself on Misbah.

The vile comments that spewed from his mouth afterwards, however, left Imran seething, and thus he lashed out, punching Ali in the chest.

Sami, Yazz (Haeisha Mistry) and Shaq Qureshi (Omar Malik) arrived in the school and pleaded with Imran to see sense and drop the knife, before he did something he’d live to regret.

Imran ultimately put the knife down, but Ali made it quite clear that he intended to go to the police and report him. Sami, however, was hellbent on ensuring this did not happen.

In tense scenes, he confronted the rapist outside the police station and told him that – if he even thinks about reporting Imran – he will have him murdered and make it look like he took his own life.

Ali was chilled to the bone, as the lawyer recounted the depths he’s gone to in the past in order to get what he wants, and thus he agreed to give Sami what he was after.

But what was Sami after? Well, a confession. And he got it.

Subsequent scenes saw Misbah stunned, as she learned that Ali had confessed to the rape.

Hollyoaks continues Monday December 20 at 7pm on E4, or watch the next seven episodes right now over on All4.