Ali caught and arrested in Hollyoaks as another victim comes forward? 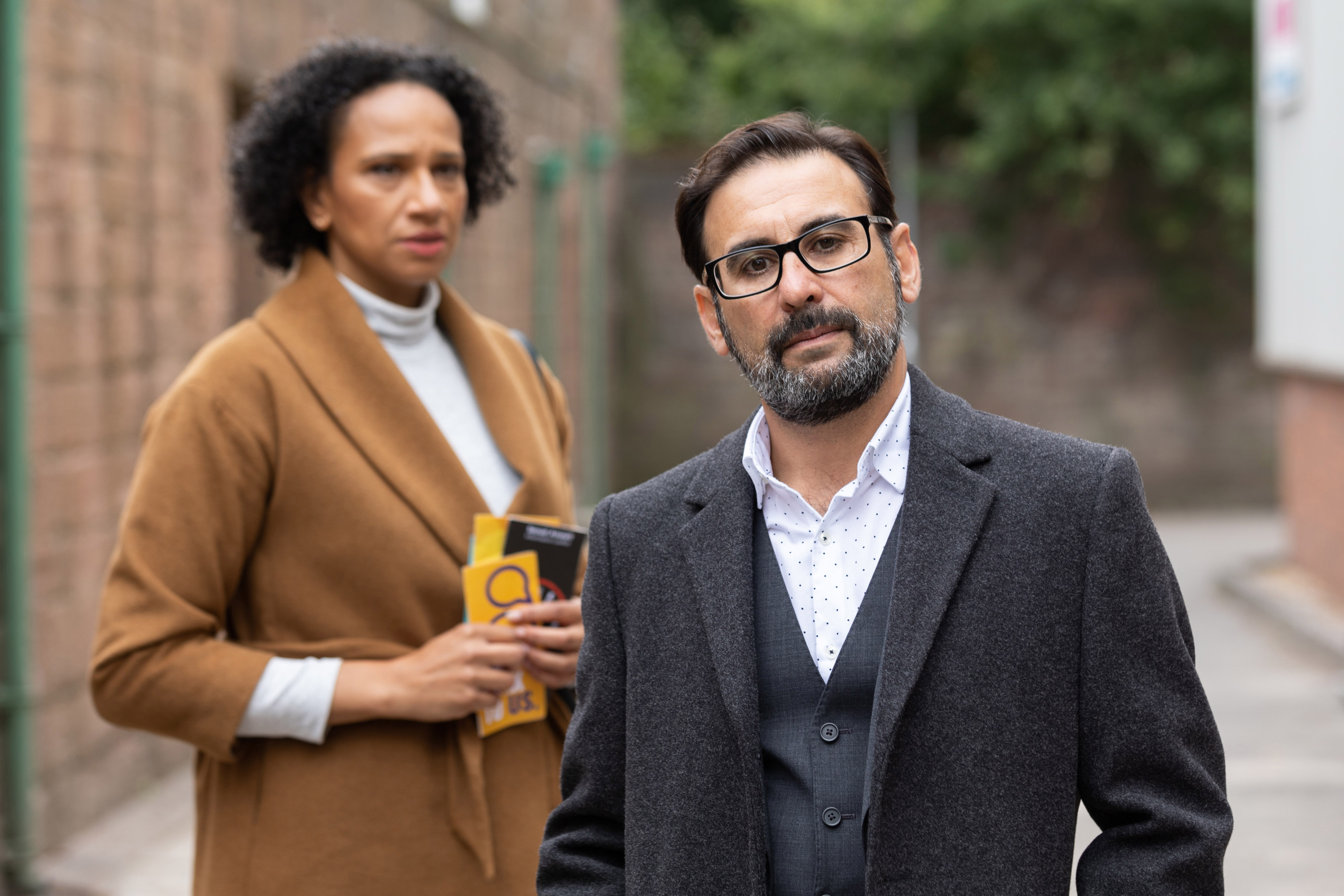 Ali Shahzad (Raji James) could be about to pay for his crimes when another victim comes forward in powerful Hollyoaks scenes.

In the wake of Misbah Maalik’s revelation that Ali raped her, Sami (Rishi Nair) teamed up with James Nightingale (Gregory Finnegan) in the hopes of digging for dirt on the vile doctor.

Upcoming scenes will see the pair’s investigation prove successful, as they make a breakthrough.

Misbah, meanwhile, is horrified to discover that Ali is being honoured with an award for his contributions to oncology, and Shaq Qureshi (Omar Malik) publicly condemns him during the proceedings!

Shaq’s outburst, however, could cause problems, as Ali demands a public apology, and threatens to report him for assault if he doesn’t comply!

To make matters worse, a surprise visitor arrives in the village, and they add fuel to the fire by claiming Misbah is lying.

Misbah, therefore, plans to leave the village, but before she does, Sami receives an email from another victim.

The woman, named Gina, meets with Misbah, telling her that seeing Ali publicly condemned by Shaq made her realise that she wasn’t alone. The pair share their experiences, and Gina ultimately agrees to give a statement.

But a threatening encounter with Ali could result in her having second thoughts.

Misbah, meanwhile, makes a formal allegation against Ali to the police.

Will Ali finally pay for what he’s done?

This could prove to be the case, as DS Cohen (Ariana Fraval) later questions him.