Actually, Black Tudors are not unheard of 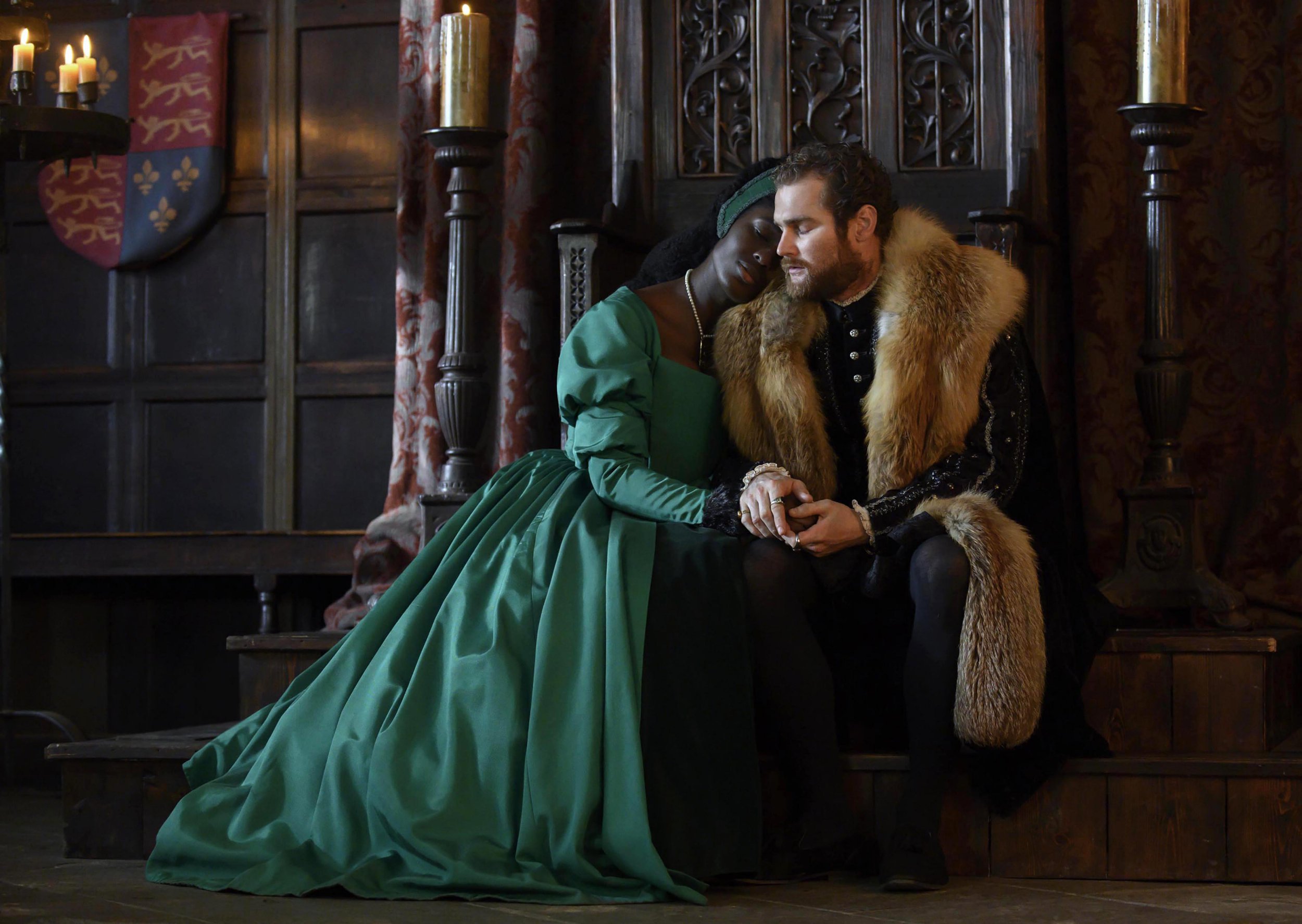 Jodie Turner-Smith’s casting as Anne Boleyn in Channel 5’s visually rich new drama has been the main talking point of the series, which has aired over three nights this week.

Despite the star wanting to focus on the ‘human story’ of Anne that transcends race, viewers have hotly debated a Black actress playing a white historical figure and made their feelings clear online. A certain actor with political aspirations also weighed in, claiming there was a ‘diversity agenda’ at play.

Historian and journalist, Dr. Miranda Kauffman, who runs a course on FutureLearn about Black Tudors, feels there is an element of ‘colourism’ and ‘misogynoir’ (defined as a type of misogyny rooted in racism) in the criticism.

She told Metro.co.uk: ‘There were no African nobility, there were Moroccan ambassadors but that was Elizabeth I’s time and they would have been light-skinned.

Dr Kauffman feels ‘any actor should be able to play any role’ – to an extent.

She said: ‘People were saying, “How would you feel if a white guy played Nelson Mandela?” and obviously that would be problematic but the people who post that are not coming to it for an open and honest discussion.

‘The rejoinder is, and this applies to the discussion around trans casting as well, is that if there was complete equality in the acting world and you saw actors of every shade getting really great roles all the time that would be one thing – but they don’t. Especially in period drama.

‘There’s an element of misogynoir in this, everyone’s going on about Jodie but no one has said a word about the George Boleyn (Paapa Essiedu) character,’ Dr Kauffman continued. ‘He’s not as well known as a historical figure but there’s nothing about him, all the hate targeted at her.’

Whatever viewers’ thoughts about it, people of African descent in the Tudor period were not unheard of. Many could have arrived in England as a result of merchants bringing small numbers to London to teach them English so they could act as interpreters during trade with north Africa. Additionally, the English, whenever they captured a Spanish ship or raided a Spanish port in the New World, could have captured Africans along with anything else they found on board.

Black Tudors were mostly in domestic roles rather than queens or prominent figures at court, however some were able to support themselves and their families financially.

‘There is one example of a mercenary soldier in the 1540s in Scotland who might have been on the level of riding a horse,’ Dr Kaufmann explained.

‘Otherwise in terms of court life you were more likely to find African musicians, famously John Blanke who had worked for Henry VIII previously. Later on we find Africans working in the households of people like Francis Drake, Walter Raleigh and William Cecil.

‘You often just have a name in a parish register and you don’t know what their job is. Quite often when you do have a record of that, they’re in some kind of domestic service. They’re not just working for courtiers and noblemen, they’re working for merchants, there’s a beer brewer running a tavern.

‘There are a few examples of financially dependent people of African descent, Reasonable Blackman the silk weaver in 1580s Suffolk, then there’s an unnamed needle maker in Cheapside who said he “would not teach his art to any”. He had the monopoly on making steel needles out of Spanish steel while the English only knew how to make them out of bone and wood. There are examples of African men marrying English women and being able to support families with them.’

Black men were able to support themselves and their families, but what about Black women, for who things were undoubtedly much tougher?

‘Life for women in the past has always been more of a challenge in general but there’s an extra level of difficulty being a foreigner, you don’t have family and the community networks that the people who grew up in England have,’ Dr Kauffman said.

‘As a woman opportunities to go into business are limited. The one route to security was marriage, there aren’t a lot of records of African women marrying in this period but that was because of the nature of the records.

‘Prostitution was always a potential career path for all of us,’ she joked, ‘but actually in the records there don’t seem to be that many Black prostitutes. There’s more reference to African men using English prostitutes which shows they must have had some sort of disposable income.’

From Downton Abbey to Bridgerton via The Crown, historical accuracy in period drama – right down to the language used – is something many care passionately about. It’s easy to imagine a historian tearing their hair out watching the latest Sunday night bodice-ripper, but Dr Kauffman takes a more pragmatic approach.

‘With drama, the story should be the priority,’ she said. ‘If you don’t make it exciting people are gonna switch off.

‘It’s more important to get the atmosphere right, to get a sense of period than to find out exactly what colour dress Anne was wearing on a given day.’