‘Accepted’ Filmmakers On How They Pivoted When “Miracle School Story” They Thought They Were Making Suddenly Exploded: “The S**t Hit The Fan”

Documentaries rarely turn out as originally conceived. They evolve once the cameras roll — unexpected characters may emerge or new facts come to light. It’s in the nature of an unscripted artform.

But in the case of the new film Accepted, that documentary truism reached an extreme. Director Dan Chen and producers Jason Y. Lee and Jesse Einstein thought they were embarking on a film with a predictable narrative when things suddenly and dramatically changed.

The initial concept behind Accepted was to explore TM Landry, a school in Breaux Bridge, Louisiana with a remarkable track record getting its students — mostly minority kids — into Ivy League or other prestige universities. The private K-12 school gained fame for viral videos that showed an anxious student in front of a laptop, surrounded by classmates, awaiting word on whether they had been accepted at Harvard, Yale, Stanford or other schools and then the ecstatic reaction when they got the happy news. The feel-good story was trumpeted across social media and on TV, from morning news programs to Ellen DeGeneres’ show. 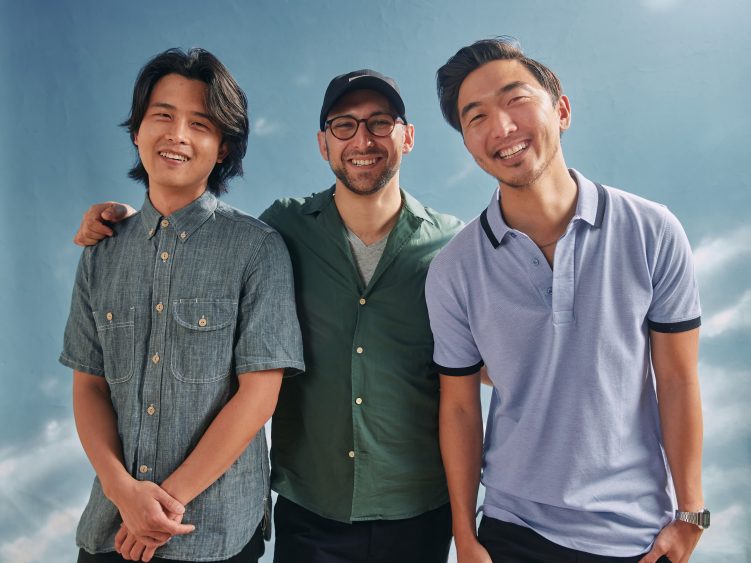 “I discovered the story initially on Twitter, just seeing these incredible viral videos that millions of people had seen,” Lee recalled at a Q&A for the film in Santa Monica. “You just see the joy in their faces and say, ‘Oh my God, this is amazing.’ I kept on watching them and thinking, ‘I hope someone out there is making a documentary about this story.’ And we said, you know what? Maybe those people could be us.”

In 2018, Lee and Chen got in touch with Mike Landry, the charismatic leader of the school, and in short order the filmmaking team hit the road to Louisiana. They began shooting with students who soon would be taking the ACTs and submitting applications to Ivies and other elite institutions, just like their viral predecessors.

“I initially connected with the idea… of following kids in a small town, gunning for big dreams, dreams that people in society may not expect of them,” Chen said at the Q&A. “The goal was to always follow it from their perspective.” 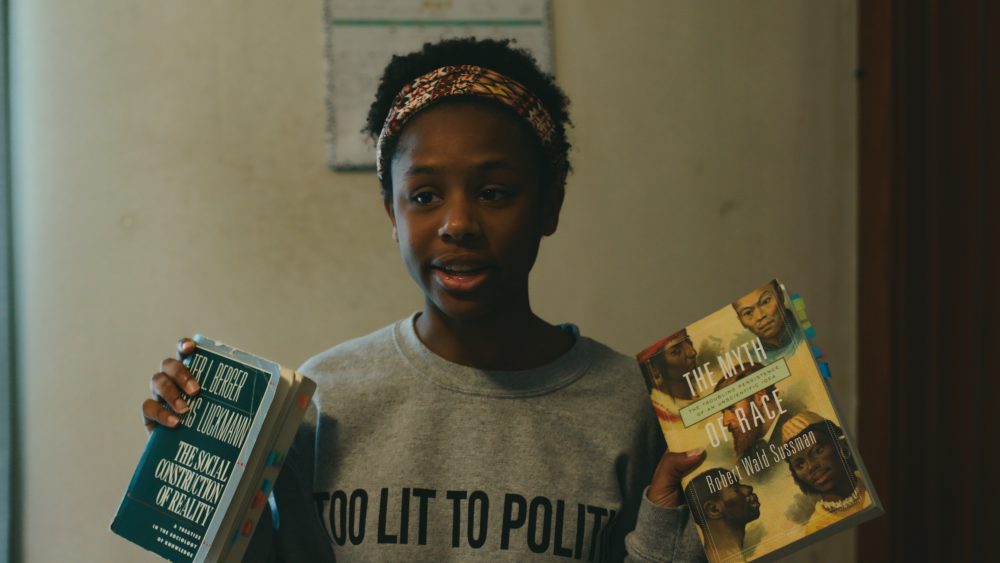 They spent time with kids in their home environments, including Aighty Sabatier who grew up poor, raised by her grandmother and uncle; Cathy Bui, who helped care for her two disabled sisters while working at her studies, and Alicia Simon, a student whose mom coped with stage 4 cancer.

At the school, Chen and team filmed Landry in action, a bow-tied drill sergeant exhorting students to perform at the highest academic level and prove that kids of color from disadvantaged backgrounds belonged at the best universities.

“At this place we only produce winners,” Landry barked at his charges. “We’re not raising sheep here. We’re raising wolves.”

He could be harsh with students, but arguably simply told it like it was – America doesn’t expect much of you, so defy them and claim your space.

“From what I saw, his pitch [was] like, America is a cutthroat place with a really troubled history. And if you’re a Black or Brown or minority kid, you got a lot ahead of you to overcome,’” Chen said. “I do see why that’s compelling, especially if your back is against the wall. You want to feel like you have something to do about that and you want to take pride in your hard work.”

But the filmmakers began to pick up word of discontent among some parents about Landry’s behavior with students. Director and producers started to wonder whether they were getting snowed when they filmed at TM Landry.

It turned out a pair of New York Times reporters had been doing some digging on TM Landry and in November 2018 they published their bombshell expose. It found the school routinely doctored applications to universities on behalf of students, including crafting personal essays that played up or invented sob stories of neglect and abuse.

“…[T]he school falsified transcripts, made up student accomplishments and mined the worst stereotypes of black America to manufacture up-from-hardship tales that it sold to Ivy League schools hungry for diversity,” reporters Erica L. Green and Katie Benner wrote. School founders Mike and his wife Tracey Landry “also fostered a culture of fear with physical and emotional abuse, students and teachers said. Students were forced to kneel on rice, rocks and hot pavement, and were choked, yelled at and berated.” 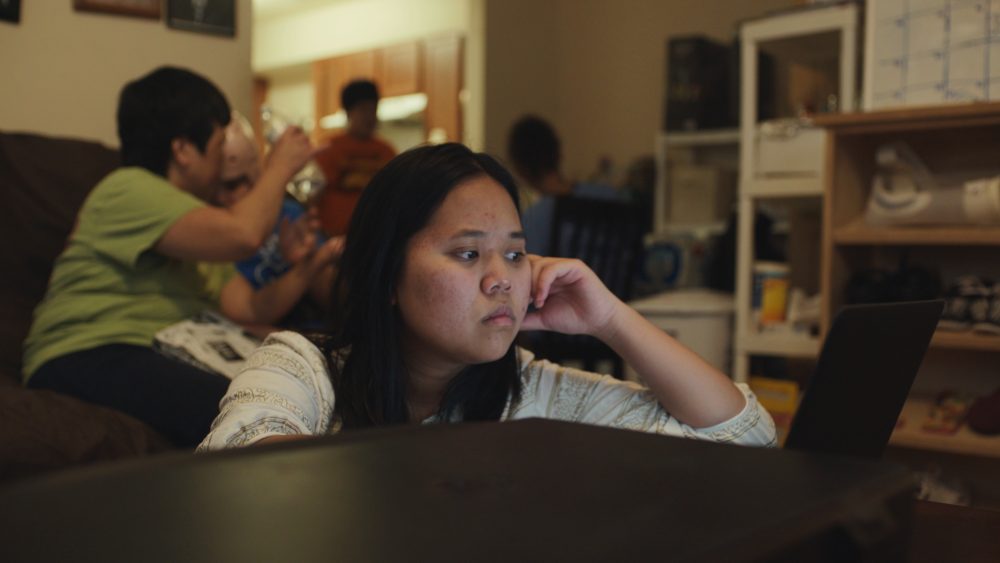 After the report’s publication, the four main students the filmmakers had been following left the school. It appeared Chen, Lee and Einstein no longer had a film.

“When [the Times’ story] came out it was pretty devastating, not just for the project. Of course, we had spent half a year with these students and this community but, more so, this image of what we really had hoped to be true was kind of shattered,” Lee said. “Also, these young people who were literally working every day for this future, suddenly their future seemed very, very unclear. So that was really troubling.”

They suspended production for a couple of months, but their subjects wouldn’t let them bail.

“They would call and say, ‘Hey, where are you guys? Why aren’t you here? Why aren’t you helping us tell our story? It was kind of being pushed by them,” Lee recalled. “We found some other production partners who said, hey, maybe we can tell a much larger story [not only] about the students, but about the education system at large. And that’s why we decided to go back.”

Accepted morphed into a film that questions structural issues in America, like warped standards of exceptionalism and how TM Landry, perhaps unconsciously, conveyed a narrative that allowed people to ignore systemic inequity.

“The idea of a ‘miracle school’ can easily kind of let people off the hook,” Chen observed. “The appeal of the viral videos are, ‘Everything’s fine. We don’t have to worry about it. That kid made it.’ My hope is in this film we can help peel back that illusion… that through these real testimonies we can help people pierce through any comforting lie that they have about the situation we’re in.”

That situation is, we’ve got a lot of young people from challenged socioeconomic backgrounds who possess tremendous potential and drive, but lack support and opportunity. Meanwhile, as the Operation Varsity Blues scandal showed, there are lots of privileged (mainly) white people making sure their kids reap unearned benefits, like attending elite universities. (Actresses Lori Loughlin and Felicity Huffman were among those who served time behind bars in the Varsity Blues conspiracy that “promised to fast-track the kids of the wealthy to top schools with fake athletic credentials or phony SAT scores.”). 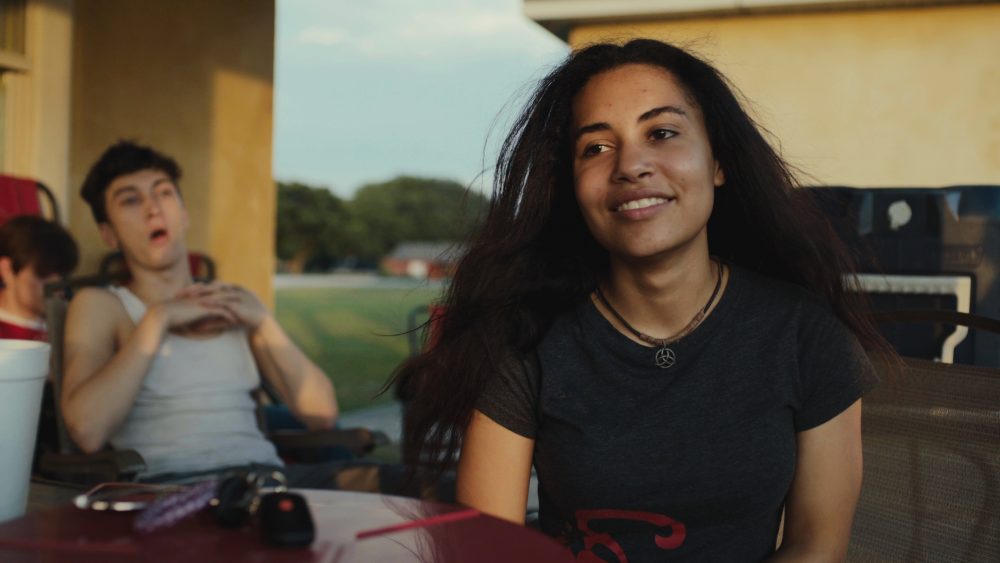 Aighty Sabatier, the former TM Landry student, appeared at the Laemmle Monica Q&A and talked about their feelings when the Varsity Blues story broke.

“I was angry, honestly,” Sabatier said. “My initial reaction was, wow, I’ve been spending all of my time trying to get into college with what little [financial resources] I have and all the effort that I’ve been putting in. And these people who don’t care about school to begin with and who just want a name and they’re getting it. And it’s something I would never have the opportunity to have just because of money and power. It hurt. Honestly, it hurt so bad.”

Accepted is currently playing in theaters in select cities. It is also available to stream on Apple TV and Prime Video; the DVD is available through Amazon.

Chen and Lee call the students who appear in Accepted the heroes of the film. They credit them with finding a path of greater authenticity, rejecting what white-dominated society has ordained as the ultimate in academic achievement.

“Our hope in the film is to explore all the nuances and shades within this kind of system that we live in,” Chen said, “and what it does to the people that live inside of it.” 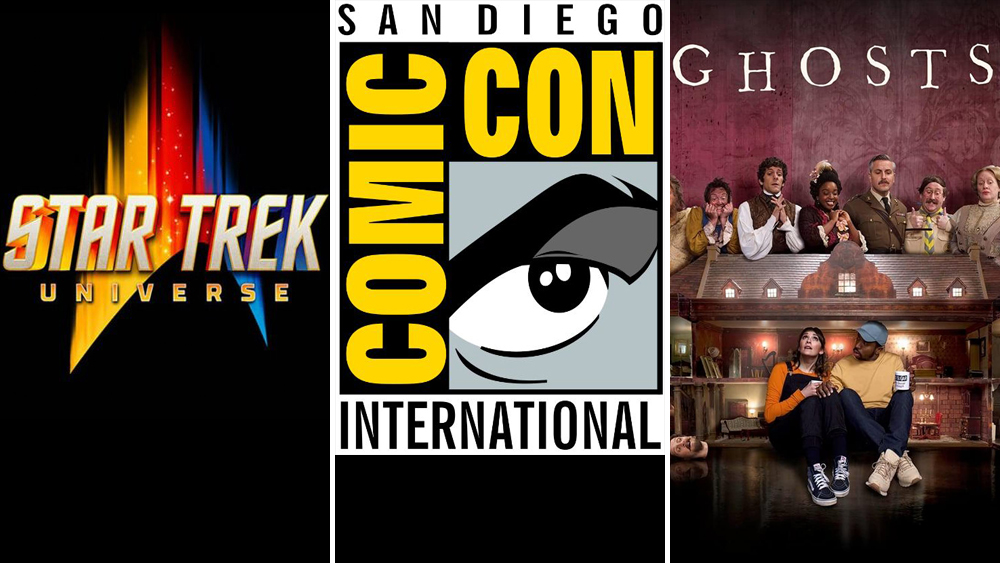 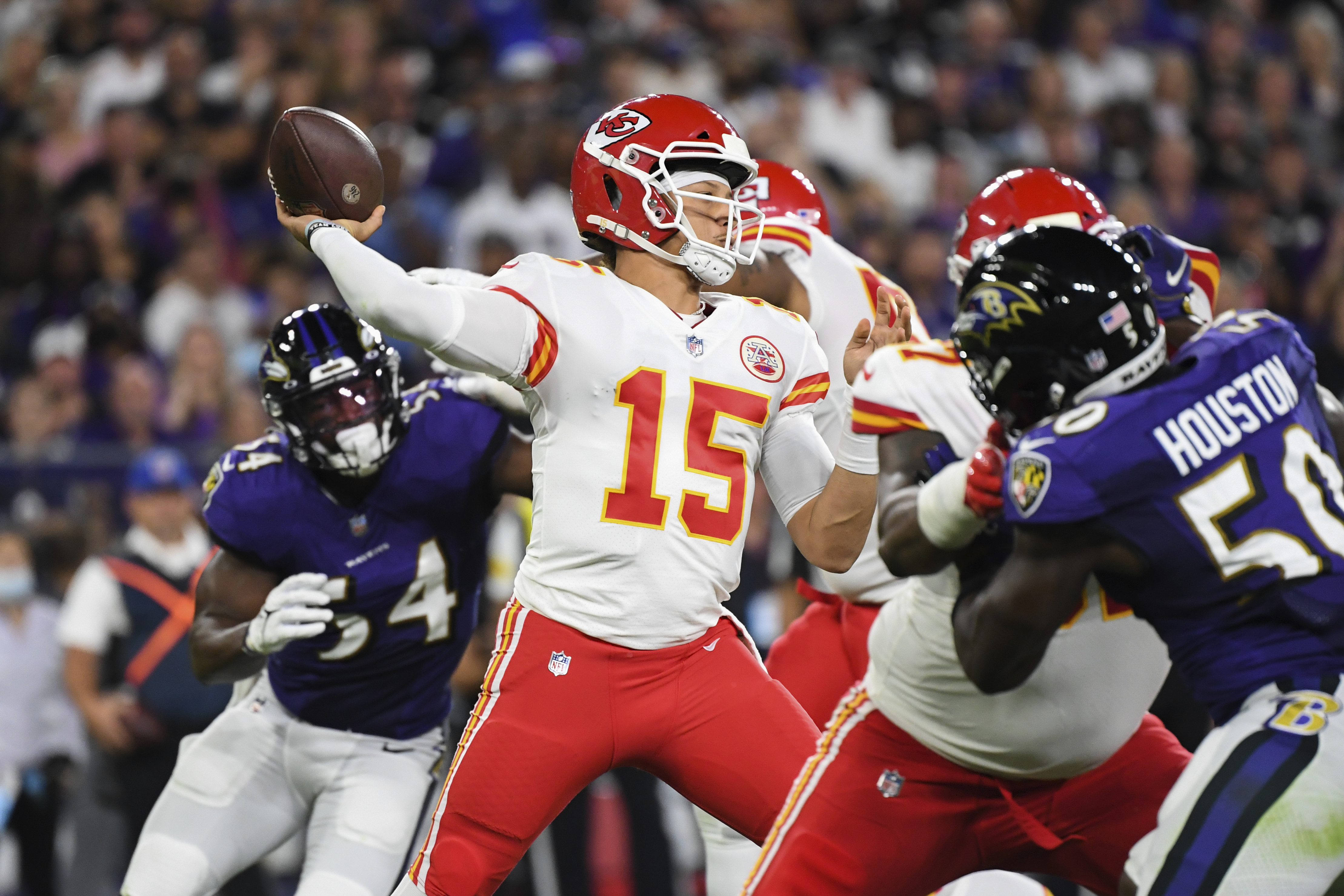 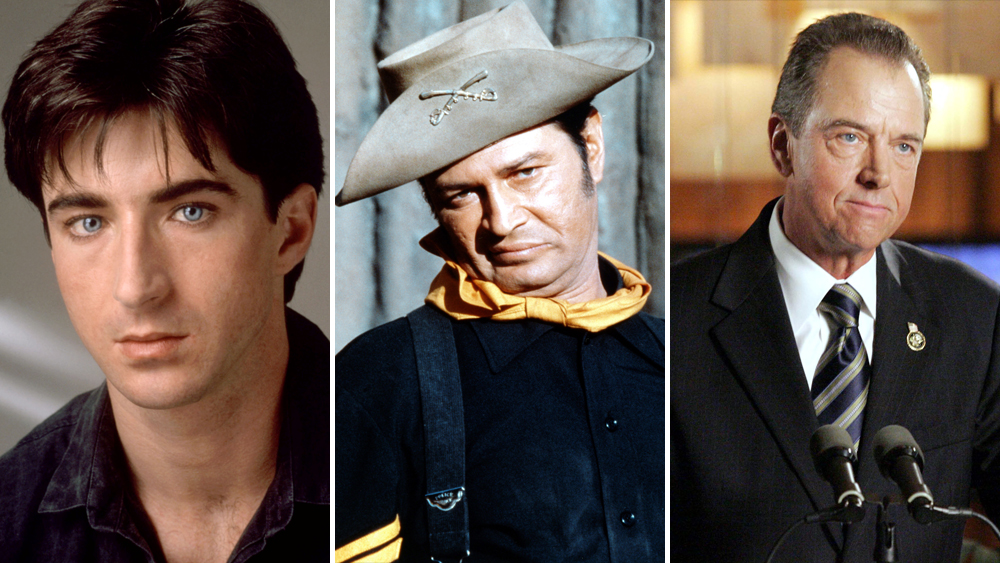